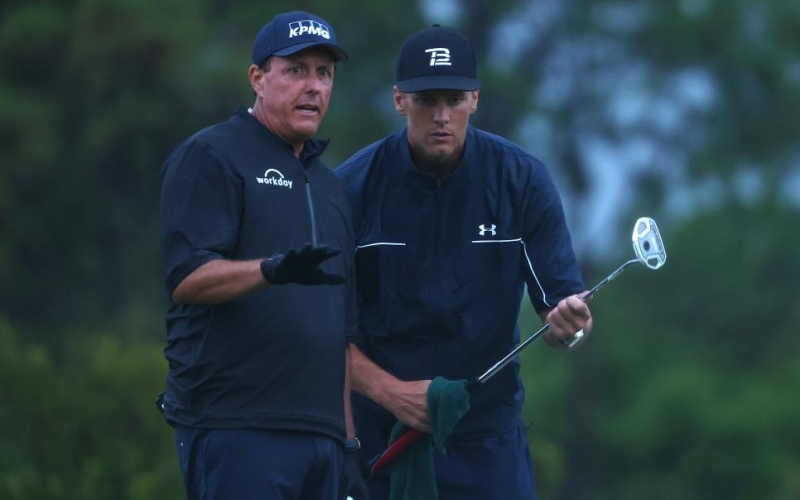 By Stephen Hennessey
The Match”—the made-for-TV events with Phil Mickelson taking part as one of the headliners each time—will return for a fourth time, Turner Sports announced on Wednesday, with a July 6 match slated for The Reserve at Moonlight Basin in Big Sky, Mont., on TNT.

Mickelson—the 2021 PGA champion and a two-time winner in this format—will pair with Tom Brady, who Phil was teamed with in the second version of The Match at Medalist. They’ll face Bryson DeChambeau and Aaron Rodgers, who will each make their debut in “Capital One’s The Match” series. And once again, Turner says each competitor will be mic’d up throughout the competition, which will be a modified alternate-shot format, Turner says.

DeChambeau is sure to be an engaging addition to the matches—with his very talkative personality and never-ending motor. And Rodgers—the quarterback and the NFL MVP last season—is listed as a 4.6 Handicap Index and has competed before at the AT&T Pebble Beach Pro-Am and the American Century Championship in Lake Tahoe, Nev.

The Reserve at Moonlight Basin, ranked No. 2 on Golf Digest’s most recent Best in State rankings in Montana, can be tipped out at 8,000 yards and features a 777-yard 17th hole. The course sits at 7,000 feet above elevation, built on an old ski mountain—so Mickelson and Co. will have the opportunity to hit some bombs. Following his historic victory at Kiawah Island last week—becoming the oldest major champion ever—the intrigue around Mickelson is bound to be at its highest. He is expected to meet with the media on Wednesday at Colonial Country Club ahead of him playing this week’s Charles Schwab Challenge.

Once again, this edition of “Capital One’s The Match” will have a charity component, including donations to Feeding America among other beneficiaries. Turner Sports said its broadcasting team will be announced at a later date, and on Wednesday Justin Thomas responded with a thumbs-up down emoji on Instagram when someone asked him if he’d be announcing. JT only worked the second match at The Medalist in Hobe Sound, Fla.

Two old guys against the young bucks @PhilMickelson. @b_dechambeau better get used to laying up because we know @AaronRodgers12 isn’t going for it 🤣 https://t.co/f1DQsFn41U