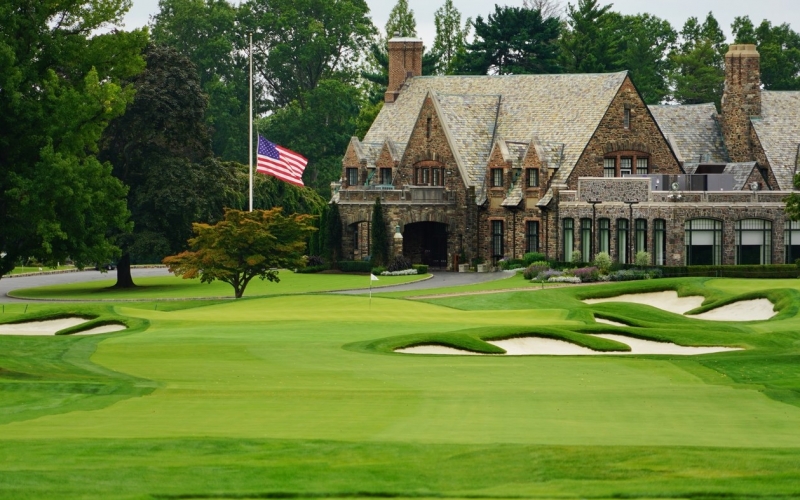 What goes into deciding if your favourite course is among the USGA’s core four (or five)?

By John Feinstein
Mike Davis, the CEO of the United States Golf Association, has heard all the rumours, reports and speculation about the changes that are coming to the U.S. Open specifically in the selection of venues.

“Some of them are simply untrue,” Davis says. “Some, I understand where they came from, even if they’re inaccurate. And some might happen down the road, but probably not while I’m still on the job.”

After the success of this year’s Open at Pebble Beach, the rumours began:

As with most rumours, there is a degree of truth in some, if not all, of what was being said.

According to Davis, there will be no rota, but, as the schedule from now through 2027 makes clear, there are a handful of courses the USGA will return to on a frequent basis.

“It’s pretty clear that we love Pebble Beach, Pinehurst, Oakmont and Shinnecock,” Davis says. “Those four meet all our criteria: They’re great tests of golf, they set up logistically either very well or well enough, and—being honest—we’re going to make money when we go there. We’re a nonprofit, but the U.S. Open financially supports everything else we do—all our other championships and all the golf programs we sponsor—among other things.” 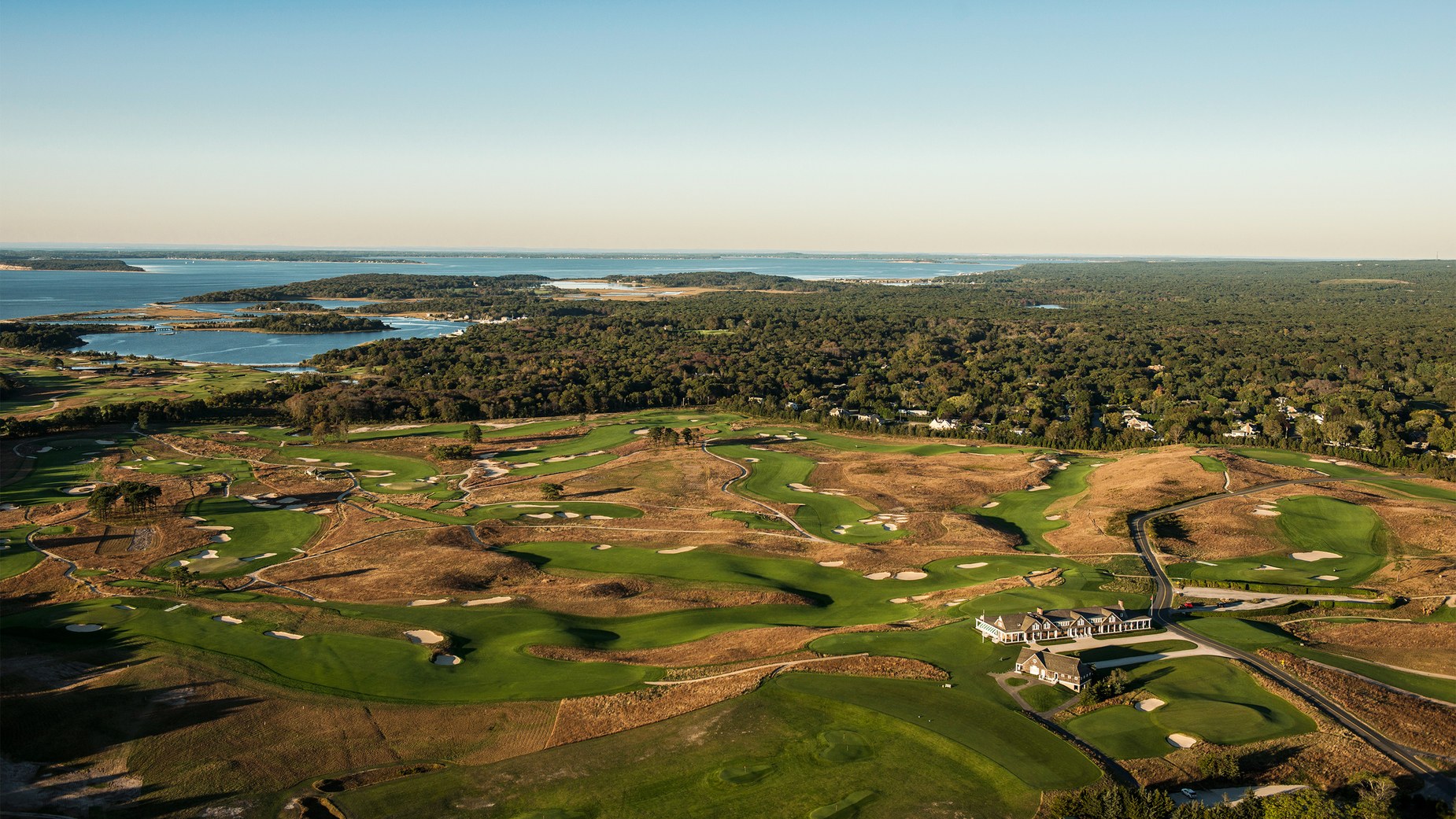 Davis concedes that the logistics at Shinnecock Hills—notably the traffic that plagued the 2018 event—aren’t perfect. “But the golf course is such a wonderful test, we think it’s worth that inconvenience,” he says. “We know it’s very tough getting there and leaving there, but once you’re there, it’s spectacular.”

The Open is scheduled to go back to Pinehurst in 2024, Oakmont in 2025, Shinnecock in 2026 and Pebble Beach in 2027. That means it will be 10 years between visits to Pinehurst, nine years since the 2016 Open at Oakmont, and an eight-year gap for Shinnecock and Pebble.

Davis thinks Winged Foot has the potential to join the core four, depending on how the Open fares there next year.

“Again, it’s not just the golf course,” he says. “We haven’t been at Winged Foot since 2006. A lot has changed around there since then. If all goes well with traffic, with the neighbourhood, with how the club likes having us there, with how we like being there again, Winged Foot could move into that category.”

But a rota of, say, five courses? No.

“I also remember P.J. Boatwright [former USGA executive director of rules and competitions] saying back then we couldn’t possibly go to Pinehurst because there was no way to keep the grasses alive in the June heat down there. Now, with all the advances that have been made in grass technology, that’s not a problem for us anymore. We’ve even been able to hold the Amateur there in August.

“There are also some courses where we regularly took the Open in the past where we don’t go anymore. That doesn’t mean we won’t ever go there again, but, in recent years, we’ve gone in different directions.” 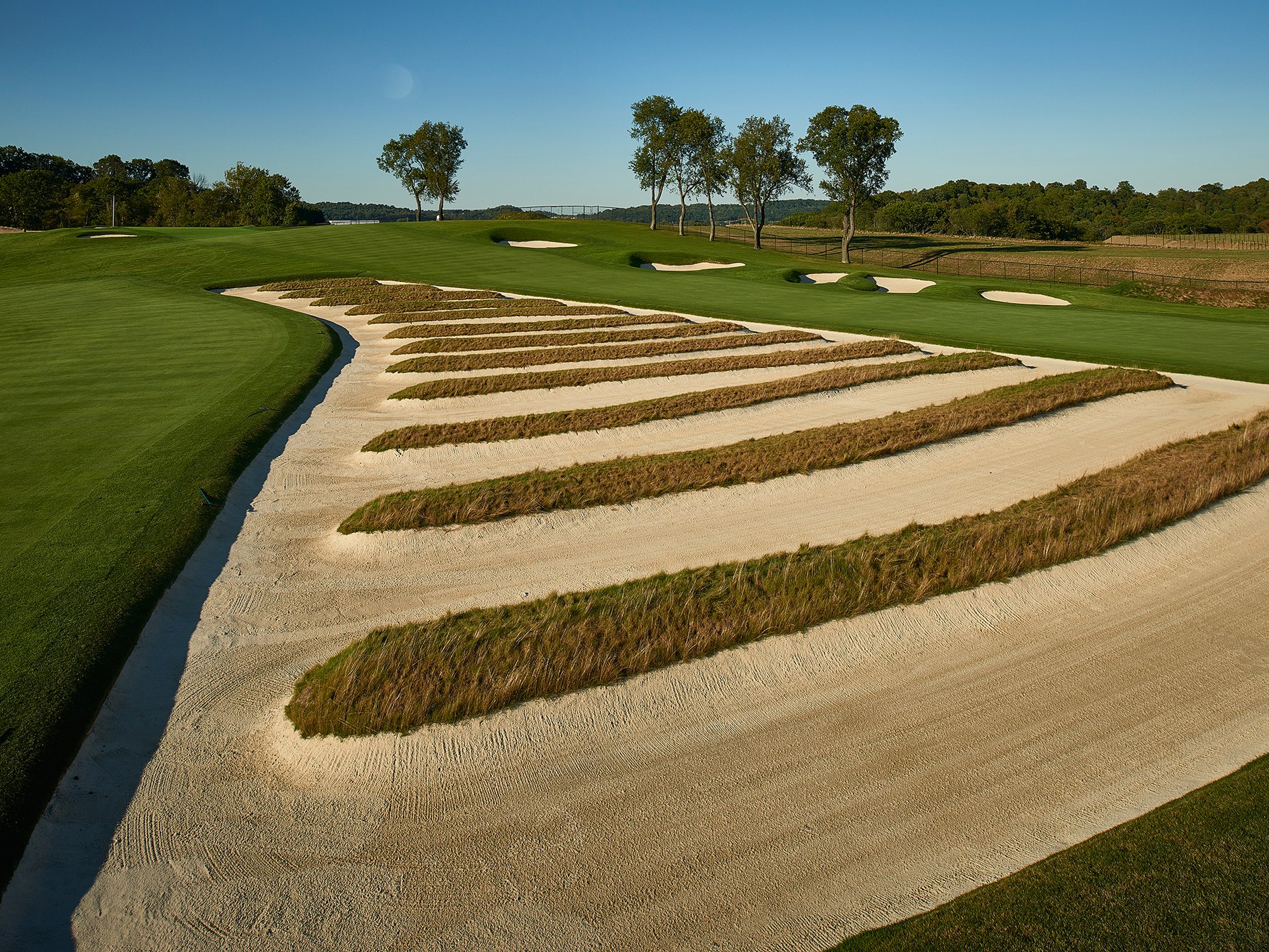 Dom Furore
The church pew bunker between the third and fourth holes at Oakmont Country Club.

“I think we made a mistake going to two new venues that were also relatively new golf courses in three years,” Davis says of Chambers Bay (2015) and Erin Hills (2017). “The first time you go to a venue, there are almost certainly going to be issues. When the golf courses are almost new, that can add to the problems.”

Bethpage Black—which was not a new golf course—was a big success in 2002, so much so that the USGA returned seven years later. That Open didn’t go as well, drowned by constant rain. But that’s not why the USGA hasn’t returned.

“We wanted to go back,” Davis says, “but the state of New York had basically said it was going to cut funding to maintain the golf course without a hard-and-fast commitment to go back again very soon. We just didn’t feel we could make that kind of commitment. When we hesitated, they went to the [PGA] tour and the PGA [of America], both of whom were willing to commit right away,” for FedEx Cup events, the PGA Championship and the Ryder Cup.

As for the rumours of going into business with perhaps four or five courses? “Let me be honest: We don’t have to go into business with anyone,” Davis says. “We want to play the Open on the best possible golf courses, but there are very few places that might turn us away. We will always have options.” 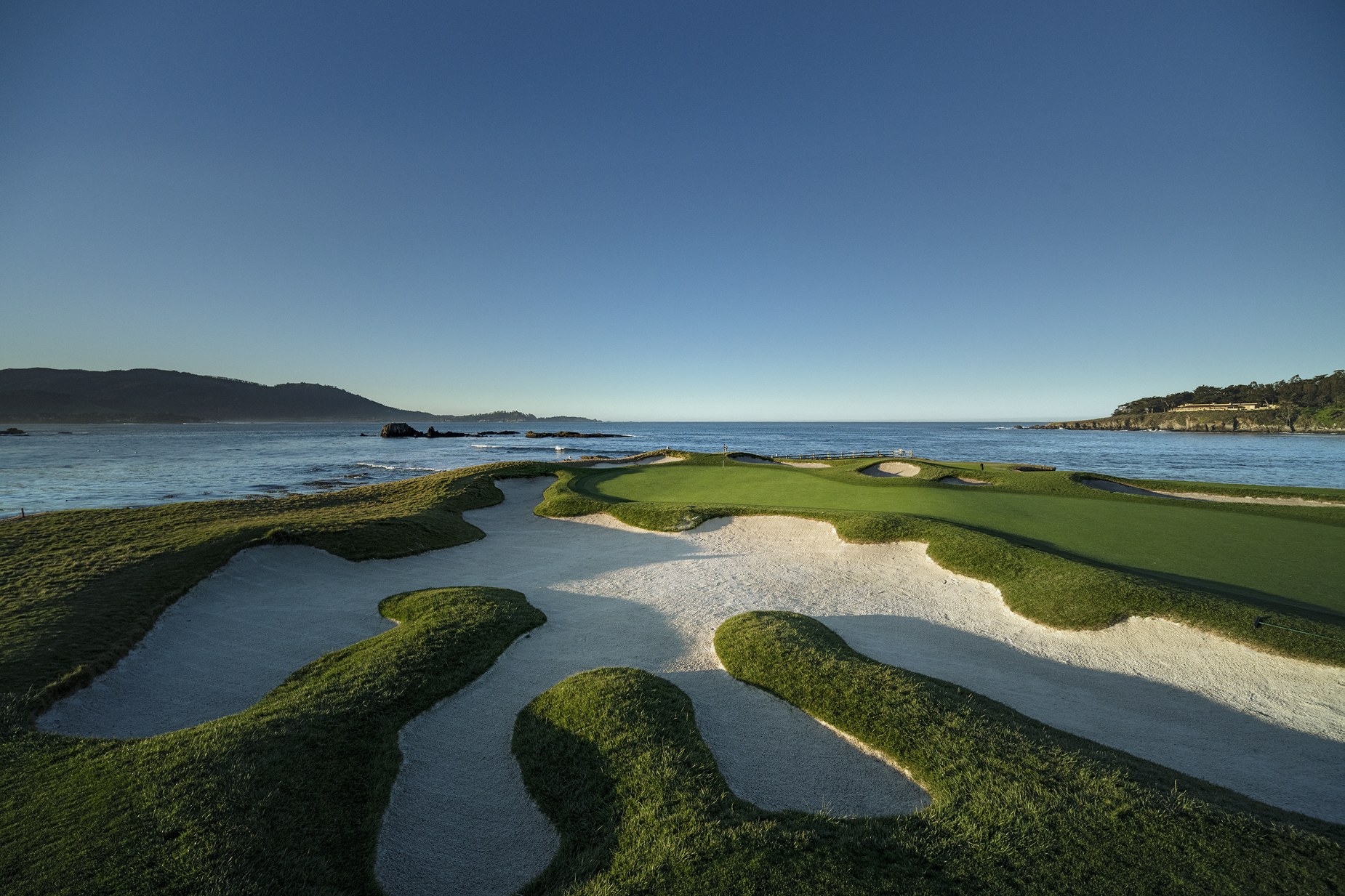 There have been difficult negotiations in the past. After the 2004 debacle with final-day course conditions at Shinnecock, club members were so upset that they wouldn’t even discuss hosting another Open for several years. When Mike Butz, who was Fay’s No. 2 man at the time (and had the same role with Davis) finally began to negotiate with the club, its opening gambit was: Give us a share of your television revenue, and we can talk. That shut down negotiations for another few years until the deal for 2018 was worked out. The club did not get any TV revenue.

Fay also walked away from The Country Club in Chestnut Hill, Mass., while trying to make a deal for 2013—the 100th anniversary of Francis Ouimet’s historic Open victory there. In the end, the USGA went to another historic club—Merion—that year.

The relationship with The Country Club also has been repaired, and the club will host the Open in 2022—34 years after Curtis Strange beat Nick Faldo in a playoff, the last time it hosted an Open.

As for the rumours about setting up an LLC, Davis said there was a bit of truth in that. “There have been times in the past when we thought we needed a nearby piece of land for something logistical, and we’ve talked to clubs about perhaps buying the land together,” he said. “That probably would have involved setting up an LLC. But it’s never actually happened.”

Here’s what is probably a certainty: As long as Davis, who is 54, is in charge, the Open will go to the core four every seven to 10 years, and Winged Foot could make it a core five. Other golf courses will be considered—just less often. Los Angeles Country Club will be a new venue in 2023. Merion is likely to get the Open in 2030, the 100th anniversary of Bob Jones’ U.S. Amateur win there to conclude the Grand Slam. 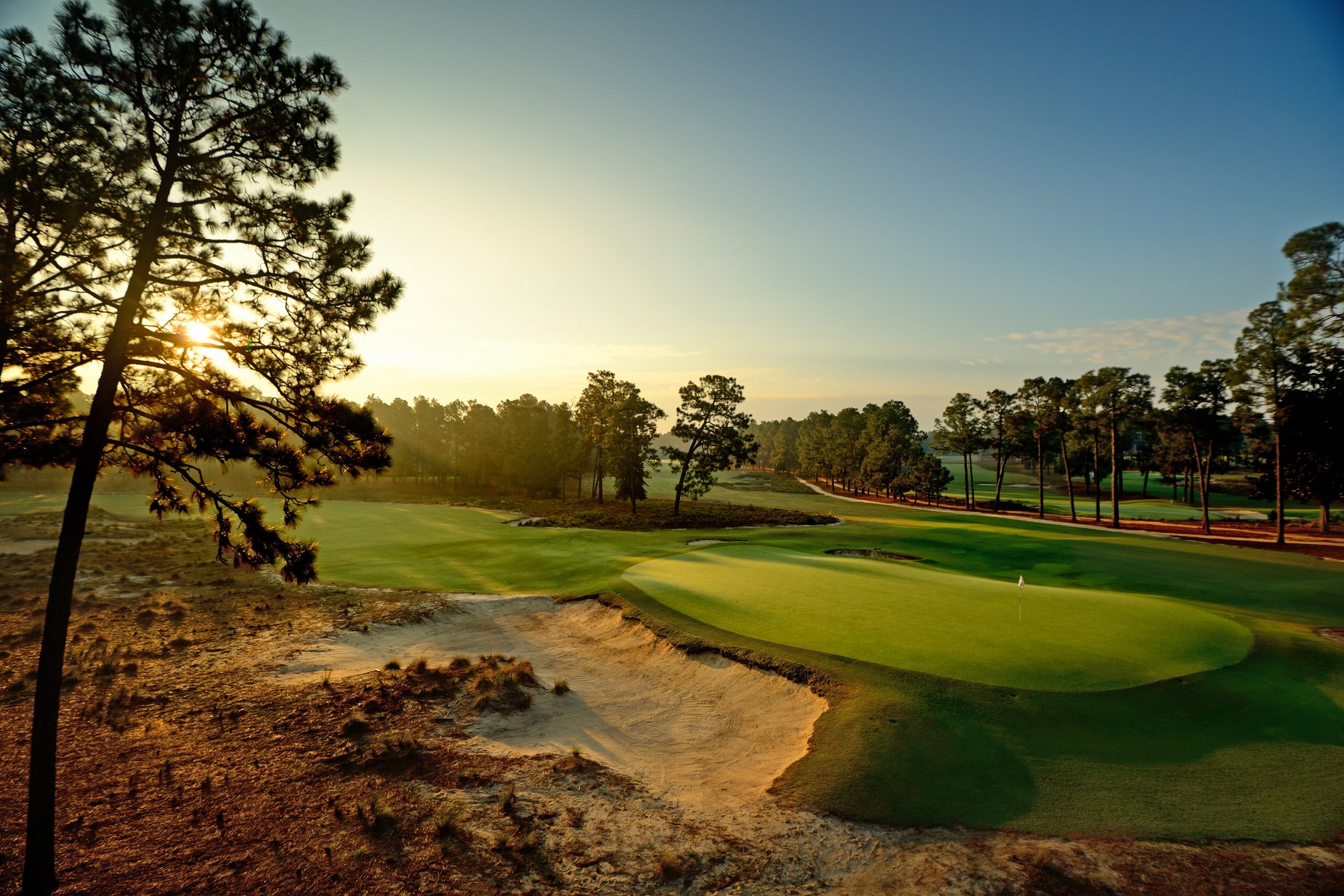 Dom Furore
The 7th hole at Pinehurt No. 2.

Davis recently made a trip to Erin Hills, because giving the course another try isn’t out of the question. The same is true for Chambers Bay. If the chance to return to Bethpage Black comes up, that, too, might be a possibility.

“Ten or 15 years down the road, when there’s new leadership, the approach might be completely different,” Davis says. “Again, go back 25 or 30 years and look at all the courses that we went to that we don’t go to anymore. What we do is always evolving. But I don’t ever see a day when we limit ourselves to a handful of courses on a permanent basis, no matter how much we love them. I think that would be a mistake.”

Lee Janzen, a two-time U.S. Open champion, sat in the locker room at Shinnecock in 1995 after seeing the golf course for the first time and said this: “The USGA ought to go to Pebble Beach one year and here the next year. Period.”

It wasn’t a bad thought then—or now. But it isn’t going to happen.