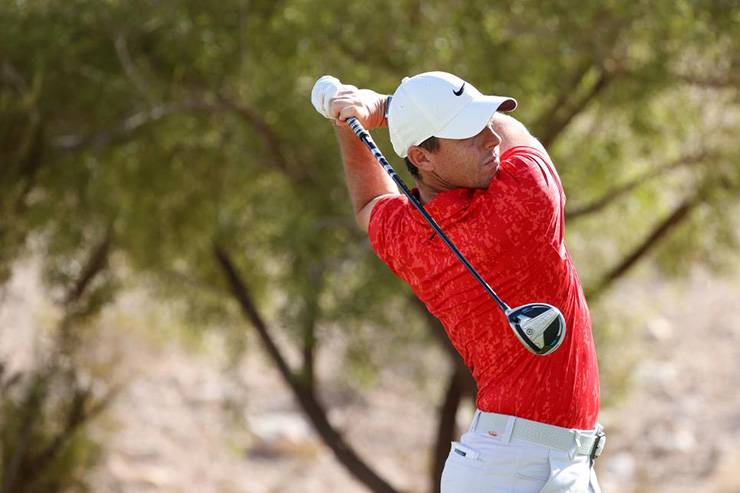 By E. Michael Johnson
Rory McIlroy’s struggles on the first two days of the Ryder Cup were one of the most-talked about takeaways for the European side. But McIlroy took the momentum from his Sunday singles victory over Xander Schauffele and earned his 20th career PGA Tour title and his second in the calendar year—carding a Sunday 66 to earn the victory at the 2021 CJ Cup at The Summit Club.

McIlroy’s 25-under par total—after a Saturday 62—was good enough to edge Collin Morikawa, a member at The Summit Club, by two shots after Morikawa’s final-round 62.

After a triple-bogey 7 on the par-4 17th in the opening round, McIlroy went 40 consecutive holes without a bogey, going 18-under par over that stretch. That run ended on the fourth hole Sunday, but McIlroy recovered nicely from that temporary hiccup with birdies at Nos. 6, 8 and 12 followed by a monstrous 35-footer for eagle from just off the green at the par-5 15th to take command.

It was not the only well-made stroke during the week. In fact, McIlroy, who has struggled with his putting at times (ranked 66th last season, prompting a change to an old Scotty Cameron blade putter at the Olympics), was first in strokes gained/putting, gaining more than seven shots on the field with his TaylorMade Spider X mallet. That putter also came in handy when he missed the green, which he did 18 times, but got up and down 16 of them to lead the field.

Of course, McIlroy is one of the best drivers of the golf ball on the planet, which was on display at Summit where he ranked second in strokes gained/off-the-tee, picking up more than five shots on the field. He also was fourth in driving distance at more than 320 yards per measured drive.

In other words, this was a different McIlroy than the one we saw at the Ryder Cup just a few weeks ago. This was way more like the McIlroy we’re used to seeing on the PGA Tour.