The clubs Justin Thomas used to win the WGC-Bridgestone Invitational 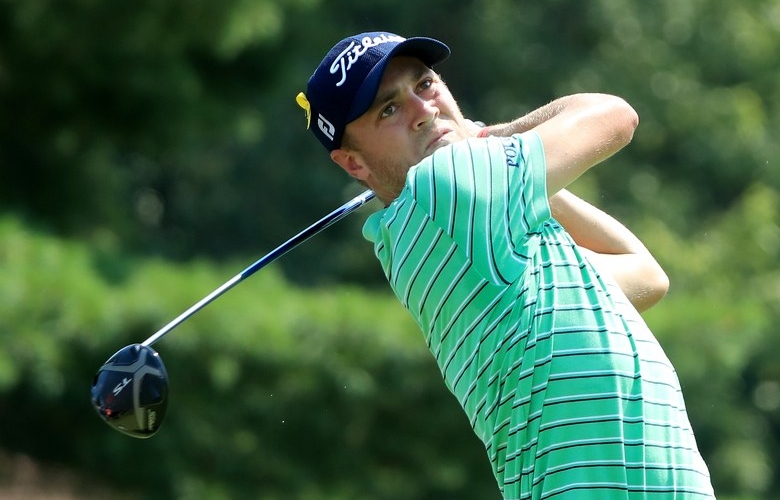 By E. Michael Johnson
Justin Thomas followed a solid recipe for winning the WGC-Bridgestone Invitational at Firestone C.C.’s South Course: hit it far off the tee and then hit a bunch of greens in regulation. In fact, six of the prior 10 winners of the event were in the top-12 in distance and top-10 in greens in regulation. Thomas followed suit, averaging a hefty 329.3 yards per measured drive (ranked 12th) and 75.0 percent of his greens (ranked T-2) to win the last playing of the event at Firestone by four strokes over Kyle Stanley.

Off the tee Thomas uses Titleist’s new TS3 driver, a club he put in play the first week it was on the USGA’s Conforming List of Driver Heads at the U.S. Open at Shinnecock. According to Titleist tour rep JJ VanWezenbeeck, a fitting session with Thomas prior to the Players in May showed the 9.5-degree TS3 gave the reigning PGA champ better ball speeds along with a desirable launch-to-spin ratio. The numbers so good Thomas even gave the drive its own code name, playing off the TS designation. Thomas referred to the driver as “The S**t,” which in golf slang is high praise, indeed. As if further validation was needed, Thomas’ 394-yard blast on the final hole Sunday seemed to verify his code name for the club. Thomas made one modest tweak at the Open Championship, shortening the shaft one-eighth of an inch to help with centering the hit and maximizing control.

Into the greens, Thomas utilises a split set of irons, with Titleist’s A718 P2 serving as his 4-iron while the company’s 718 MB make up the bulk of the remainder of his set. His pitching wedge—as is increasingly the norm on the PGA Tour—matches his other wedges as opposed to his irons, as it is Titleist’s Vokey SM6 model. The 46-degree club has the company’s F grind and 8 degrees of bounce. The grips are Golf Pride’s Golf Pride Tour Velvet Cord 58 round with one wrap of two-way tape underneath.