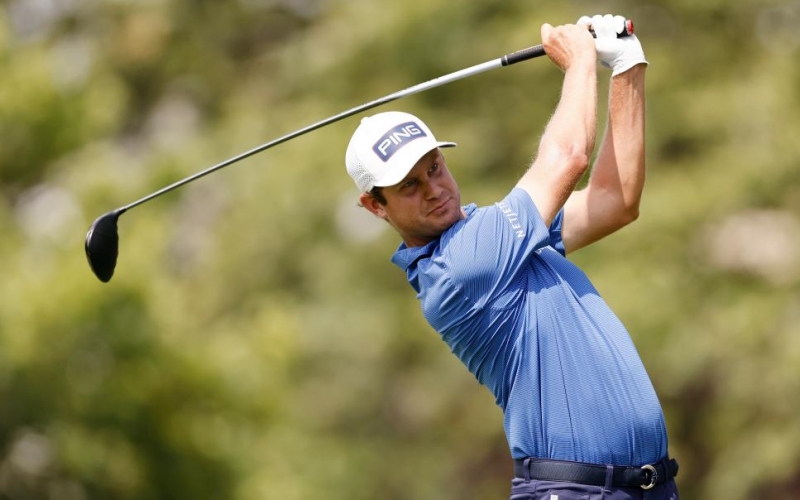 By E. Michael Johnson
Harris English won twice in 2013 then waited close to eight years to get his third PGA Tour title when he won the Sentry Tournament of Champions earlier this year. He didn’t have to wait nearly as long for win No. 4—although Kramer Hickok made him earn it in a playoff tied for the second-longest sudden-death playoff in PGA Tour history.

At a relatively stingy TPC River Highlands, English emerged from a bevvy of challengers to come out on top thanks to a final-round 65 that included six birdies against a lone bogey on No. 17. That was enough to get him into extra holes with Hickok, whom he defeated after a hard-fought playoff on the eighth extra hole.

English’s win can be traced to his success on the par 3s and one final putt at the last. English rolled in a 48-foot birdie bomb on the par-3 fifth and a much closer one of three feet at the eighth. At the 16th English struck a beautiful 8-iron to just inside eight feet and made his third deuce of the round. But after the bogey on 17, English found himself knotted with Hickok and Marc Leishman—who had finished nearly two hours earlier. After a 330-yard tee shot, the approach was less-than-desirable, resting nearly 28 feet from the hole. English knocked in one more putt and then watched as Hickok, playing in the group behind, matched him coming in.

The putter English uses is the venerable Ping Scottsdale HoHum at 35.5 inches long with 3 degrees of loft. Despite the name, English has hardly become bored with the club, which he used during his two wins in 2013. English told Golf Digest back in 2013, “This mallet makes heel, toe or centre hits roll the same. It’s been in my bag since my senior year of college.” English ranked T-18 in strokes gained/putting for the week, and he punctuated the win with a birdie from 16 feet on that eighth playoff hole.

It wasn’t just English’s work with the flat stick, however, that contributed to victory. English was ninth in strokes gained/off-the-tee, picking up nearly four shots on the field with his 9-degree Ping G400 driver with a Mitsubishi Kuro Kage XD 70 shaft. He also was third in strokes gained/tee to green, assisted by his Ping Blueprint irons and Ping Glide 3.0 and Glide Forged wedges.

With that kind of all-around game, win No. 5 shouldn’t take too long, either.