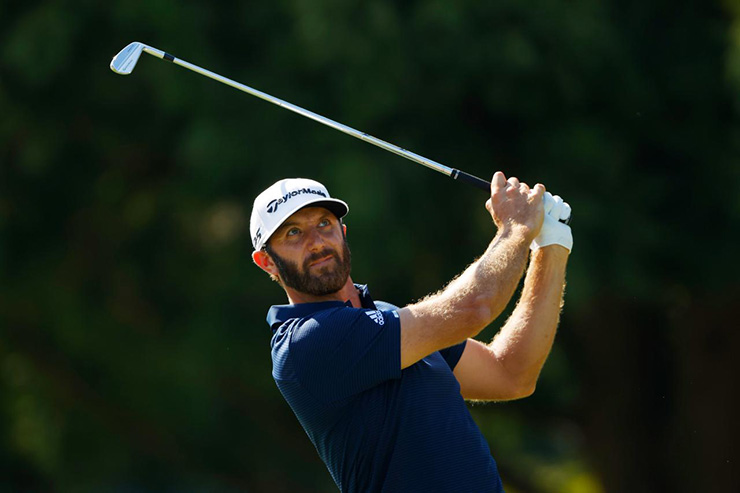 By E. Michael Johnson
Two weeks after Dustin Johnson lapped the field at the Northern Trust and a week after falling to Jon Rahm in a playoff at the BMW Championship, DJ took a different route to victory at the Tour Championship, using the cushion provided by a 10-under-par starting figure then playing well enough to stay in front and clinch not only the tournament title, but the FedEx Cup crown as well at East Lake Golf Club.

It marked the fourth season of the last five in which Johnson put up three or more wins and solidified his hold on the top spot on the world ranking. When asked after the third round if he felt he was the best player in the world, Johnson didn’t balk. “I do,” he said. “And I think the stats show that, too.”

The stats for his week at East Lake certainly helped back up the claim. Before the tournament, Johnson noted that: “You’ve got to do everything well if you want to succeed around this place. … I feel like over the last four or five weeks I’ve been very, very consistent, and I feel like every part of my game is working well.”

Four days later, that statement continued to hold true as once again he had the majority of his game clicking. Despite some shaky accuracy off the tee Johnson was ninth in strokes gained/off-the-tee and first in distance at 320.6 yards with his TaylorMade SIM driver. Although Johnson only ranked T-10 in strokes gained/approach-the-green, he hit a pair of crucial 5-iron shots on consecutive holes when he reached the green on the long par-4 14th from 215 yards and then hit the green on the long—and watery—par-3 15th, two holes where pars are welcomed. Johnson’s irons are TaylorMade’s P730 muscle back blade irons with True Temper Dynamic Gold Tour Issue X100 shafts and Golf Pride’s Tour Velvet grips.

But surprisingly it was around the green where DJ was at his best, ranking fourth in strokes gained/around-the-green and 13th in strokes gained/putting. His stats were aided by a seven-footer for par at the ninth to avoid a third straight bogey and then, perhaps the biggest shot of the round, a 21-footer he banged in for another par save on the 13th, the ball looking as if it would steam well beyond the cup before smashing into the back. Those putts were made with a TaylorMade Spider Tour IB putter with a SuperStroke Traxion Pistol GT 1.0 grip.

The best player in the world? The stats indeed seem to show it. The anecdotal evidence is pretty strong, too.