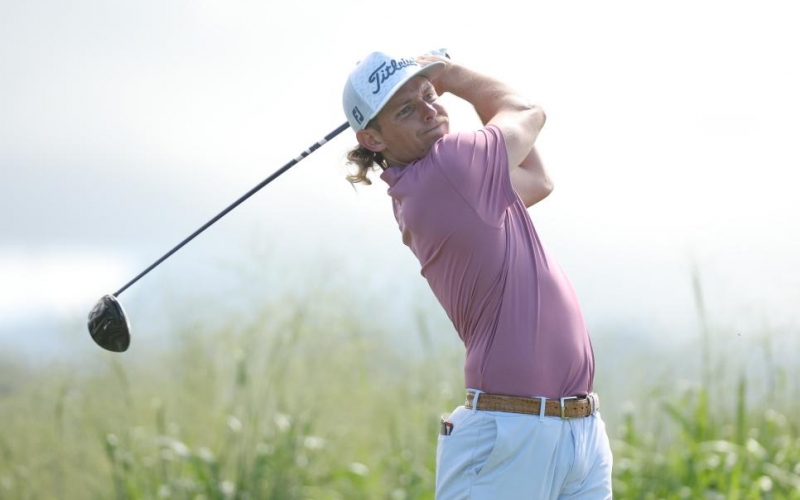 By E. Michael Johnson
It wasn’t the Duel in the Sun but it was a duel in the sun as Cameron Smith fended off Jon Rahm birdie for birdie over the final nine to not only win the Sentry Tournament of Champions, but set an all-time 72-hole PGA Tour scoring record in relation to par at 34 under par.

Smith and Rahm each birdied Nos. 13 through 15 at Kapalua’s Plantation Course on Sunday, then parred the next two holes before matching birdies at the par-5 18th to give Smith with a one-shot margin of victory.

Without a bogey over his final 52 holes, Smith had many facets of his game working. The 28-year-old ranked second in strokes gained/off-the-tee, picking up more than 3.5 strokes on the field while also ranking fourth in driving distance at 302.6 yards. Smith’s strokes-gained mark was aided nicely by driving the green on the short par-4 14th hole, using his 10-degree Titleist TSi3 driver with a Fujikura Ventus Blue 60x shaft.

Smith also hit 86.1 percent of his greens in regulation. His irons are Titleist’s T100 in an all-black configuration, including the heads and shafts. When the Aussie did miss a green, he got up and down 80 percent of the time with his Titleist Vokey SM9 wedges—a model just recently introduced to the company’s tour staff.

Smith’s ability to get up and down is not only a testament to his short game and putting (he led the field in strokes gained/putting as well as putts per green in regulation) but also his grit.

“I’m a resilient guy,” the now four-time PGA Tour winner told Golf Digest in 2019. “It all stems from these words my dad told me. ‘Some days are diamonds, some days are duck s—.’ When things are going bad, I sometimes recall those words. It’s such a good terminology for golf, which can be so brittle. You wake up one day and can’t miss a shot and then the next day you feel like you’re playing like a 20-handicapper. Things tend to go up and down all the time and sometimes it’s helpful to just remind yourself of that.”

At Kapalua, there was a lot more up than down.

What Cameron Smith had in the bag at the Sentry Tournament of Champions: