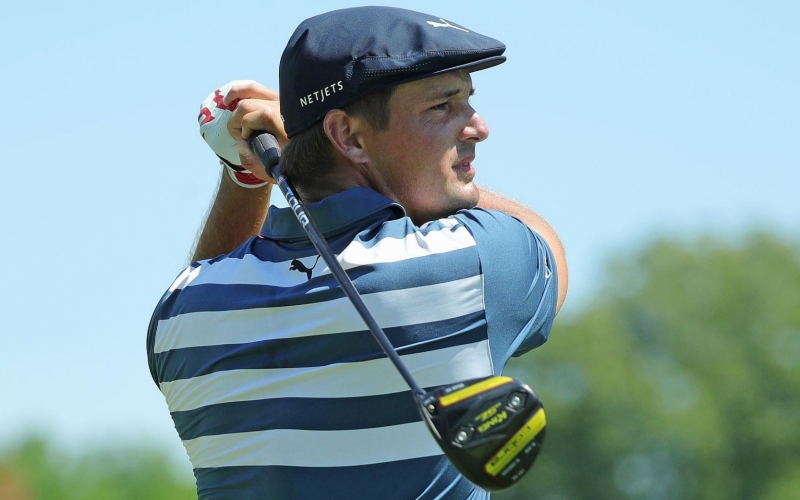 By E. Michael Johnson
A victory for Bryson DeChambeau seemed imminent following his T-3, T-8 and T-6 finishes in the first three events since the PGA Tour’s restart. At the Rocket Mortgage Classic, DeChambeau finished off his four-tournament run with a final-round 65, amplifying his bulk-up-for-more-distance strategy.

For the week, DeChambeau ranked first in distance at 350.6 yards, hit the longest drive of the week at 377 yards and picked up nearly six strokes on the field in strokes gained/off the tee, also ranking first. DeChambeau’s driver is Cobra’s King Speedzone with an L.A. Golf prototype shaft made just for DeChambeau. The loft is 5.5 degrees—similar to what most long-drive competitors use.

Still, you gotta get it in the hole, and DeChambeau also led the field in strokes gained/putting, picking up nearly eight strokes on the field with his SIK Tour prototype that he recently had re-worked to position the center of gravity more toward the toe.

DeChambeau also carries a pair of 3-woods, but the Cobra King Speedzone Tour comes with a caveat: It’s a 3-wood head that has 5-wood specs, as the shaft is only 41 inches long. His One Length irons—all 37.5 inches in length—have L.A. Golf Rebar prototype graphite shafts.

All of which means, the Bryson Experiment appears to be working even better than we thought.