The clubs Brooks Koepka used to win at Bethpage Black 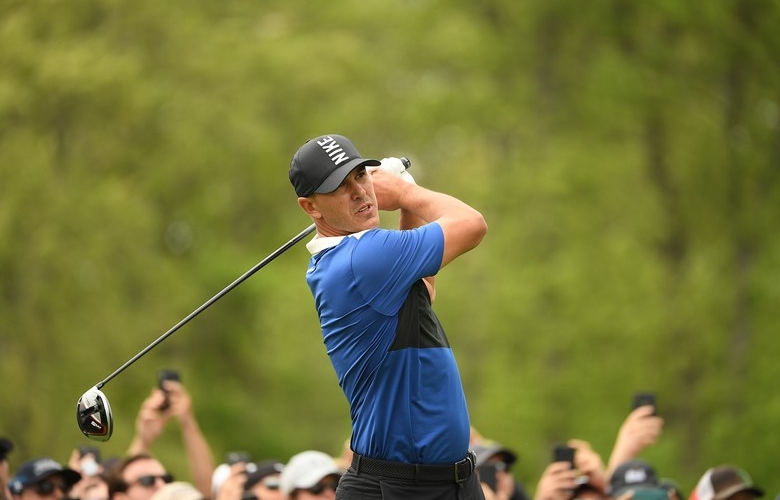 Koepka plays a shot from the sixth tee during the final round of the 2019 PGA Championship at the Bethpage Black course on May 19, 2019 in Farmingdale, New York. (Photo by Ross Kinnaird/Getty Images)

By E. Michael Johnson
Brooks Koepka has now won back-to-back PGA Championships. That’s to go along with his back-to-back U.S. Opens. Koepka produced that never-before-accomplished double despite some unsteady golf down the stretch Sunday at Bethpage’s Black course, but he had enough to keep Dustin Johnson at bay and to win by two shots.

Although Johnson made a nice run to create some high drama, make no mistake: Koepka won the PGA over the first 54 holes, creating a seven-shot cushion heading into Sunday (one, that as it turned out, he desperately needed). The now four-time major champion did it the way he usually does—with a superior tee-to-green game along with a deadly (and highly underrated) short game combined with making enough putts to win.

Koepka averaged 313.2 yards in driving distance with his 10.5-degree TaylorMade M5 driver with a Mitsubishi Diamana White D+ 70 TX shaft. Koepka, used the M3 460 model earlier in the year, but switched to the company’s M5 at the Abu Dhabi HSBC Championship.

The driver uses inject-face technology in which the springlike effect of the club is brought beyond the legal limit then brought back to conformance by injecting a resin behind the face to slow it down just enough to be legal. The club also employs the company’s TwistFace technology in which the face is gently curved more open on the high toe and closed on the low heel areas to help mitigate mis-hits. Koepka had the adjustable weights set in a split position with one far forward and one far back in the track that runs from front to back.

But perhaps the shot of the tournament was the Titleist Vokey SM7 gap wedge that he hit from 160 yards downwind on the 10th hole, generally considered one of the most difficult on the course, to tap-in range. Moments later, Johnson made bogey at the 11th and the lead was back to six, which proved critical considering how the rest of the round played out.

Which ended in Koepka becoming a back-to-back champion. Again.

What Brooks Koepka had in the bag at the PGA Championship