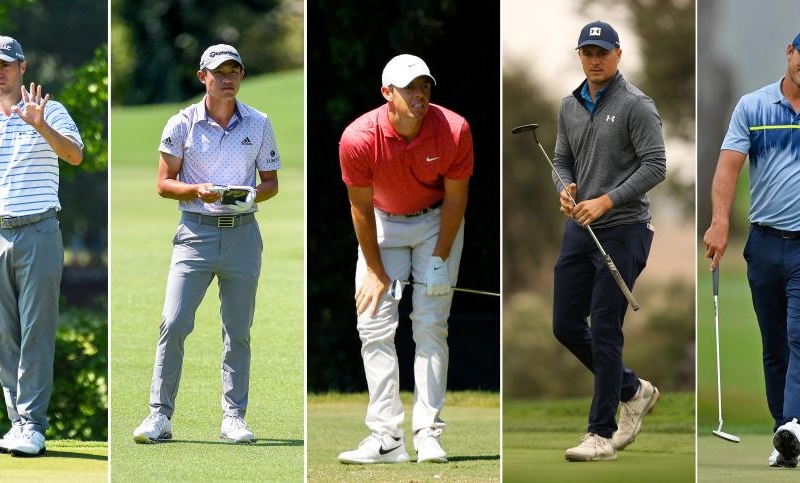 I mention all this because, as in all other aspects of modern golf, Tiger Woods is the great outlier, the human anomaly who sets a standard that is entirely unmatchable by others, yet at the same time completely warps our expectations and hides the truth about “normal” career trajectories.

Which brings me to … well, everyone else. When I watched Rory McIlroy dust off Phil Mickelson and Rickie Fowler at the 2014 PGA Championship for his second major that year and fourth overall, it would have shocked me to know that he’d be stuck on the same number in the fall of 2020. A year later, when Jordan Spieth won the Masters and U.S. Open and came very close in the last two, I’d have thought his number would be five or six, not three, at this point in his career (and I certainly wouldn’t have expected the great slump). The same phenomenon is playing out now with Brooks Koepka, at least potentially. Like McIlroy, Koepka won four majors in a span of a few years and seemed to have cracked the code, but a year after his last victory, Brooks fever has cooled considerably. Extrapolate from there: How do we feel about Collin Morikawa, who showed such poise in winning his first major last month at age 23? How should we feel?

There is plenty of story still to be told about the current Big Three. McIlroy is the oldest at 31, Koepka is 30, and Spieth, in the worse shape of them all in terms of his game, is just 27 and has plenty of time to recover. But there was a time, at the tail ends of their respective major hot streaks, when it didn’t seem crazy to speculate that one of them might have a prayer at winning 10 majors. (Certain people wrote certain articles; we won’t mention names.)

Now? It seems plenty crazy. (Maybe it should have back then, too.) What’s clear, in the case of McIlroy, Spieth and now possibly Koepka, is that early success in major championship golf—defined here as winning in your 20s—comes with a price. Once a player is past the dominant three-to-four-year period it is far more likely in the modern game that they’re about to suffer a major drought, rather than a continuation of superlative success. That’s the best-case scenario.

There are a few possible explanations here. For one, success of this caliber produces great pressure. It’s not easy to maintain an elite level under a harsh spotlight, and you can argue that even Tiger cracked eventually. For another, winning a major usually takes quite a bit of luck, and if someone has the breaks go their way for an extended period—McIlroy’s second shot at the 10th at Valhalla somehow fading onto the green to set up an eagle, when he was trying to hit a draw or Spieth benefitting from Dustin Johnson’s three-putt on the last hole at Chambers Bay—odds are that the luck will eventually go the other way. Third, there comes a point where winning prior majors seems to paradoxically increase the pressure on these golfers; see Spieth at Augusta in 2016, McIlroy at Augusta any year or Koepka on recent major Sundays (including the PGA he won in 2019).

The simplest explanation, probably, is the nature of golf itself. Unlike tennis, a head-to-head sport, you don’t normally see the same men win over and over again. Since 2000, there have been 20 men’s grand slam singles champions in tennis; in golf, even in a period of ahistorical dominance by Tiger, and multiple winners like Mickelson and McIlroy and Spieth and Koepka, there have been 48. It is much, much harder for elite players to stack up majors in golf.

Plus, it involves a more tenuous skill. As we’re seeing today with Spieth, it’s the sport in which even a player of great talent is most at risk of losing all form. The margins are small, the competition fierce; cough up a bit of precision in any aspect of your game, and you’ll plummet.

Tiger, we’ve covered. Others, like Curtis, Immelman, Glover, and maybe even Willett, are on the opposite end of the spectrum. You can dismiss them as somewhat (or extremely) fluky, and they probably don’t fit into our narrative since they never had much chance to win a second major anyway. Climb to the next tier, and you might call Ogilvy an over-achiever. He’s not undeserving of a major, but one seems like an appropriate number.

Others, however, fit into the puzzling pattern. I’m thinking of Duval, Oosthuizen, Bradley, Schwartzel, Simpson and Day. All six of these players have won just a single major so far, and to greater and lesser degrees basically fell off the map after their win. Most of them, or perhaps all, were expected to win at least another major, but only one (Simpson) remains in elite form. With Day, it took him longer than expected to win his first, and some thought his breakthrough in 2015 would open the floodgates. Clearly, it has not.

Then there’s the case of Martin Kaymer, who won the odd PGA Championship at Whistling Straits in 2010, slowly dropped in the World Ranking until 2014, returned to win the Players and the U.S. Open, then promptly fell back out of the top 100 and remains in the nether regions today. Clearly, his major wins didn’t predict any kind of sustained success; if anything, they predicted a fade.

Patrick Reed belongs in a category of his own, in more ways than one. For our purposes, he’s about as steady as they come in his success, but never performed very well in majors until 2018. At 30, he’s still too young to guess at what his prime holds. Above him are Thomas and Morikawa, elite players who stand a solid chance of winning multiple majors.

And finally, there’s the big three: McIlroy, Koepka, Spieth. Here, we return to the larger pattern of a multi-year hot stretch followed by a cooling off period whose duration we can’t know for sure, but, in the case of McIlroy and Spieth, is already much longer than anyone expected.

In every category, you draw the same conclusion: With the enduring exception of Tiger, you can only expect a golfer who wins a major in his 20s to flame out, go cold in majors, or, at the very best, sustain a torrid pace for a short period before they lose the thread. None except Tiger have won multiple majors more than four years apart, though of course this will likely change with time. (Even a late bloomer like Mickelson, for instance, has about a decade between his first and most recent major.)

Again, many are one-and-done, and most of those who won multiples—Langer (2), Daly (2), Lyle (2), Janzen (2), Olazabal (2)—stopped at two, and had long stretches between the biggest victories. The exceptions were Els (4), Ballesteros (5) and, of course Tiger. All three won their majors over long stretches, a feat that only Tiger duplicated after 2000, proving that it’s only become more difficult. The average expected win total here, discounting Tiger, was 2.07.

The point, after all this math and history, is simple: Forget Tiger. Whether you’re talking about a one-time champ like Keegan Bradley who lost his footing, or someone like Rory McIlroy who seemed poised to challenge Tiger, youthful success is likely a mirage. A hero-de-jour like Koepka may make winning majors look easy for a while, but it’s not easy, and it’s not sustainable. The truth of the modern professional game is that you can fight your way to the top of the mountain, but you can’t stay long.