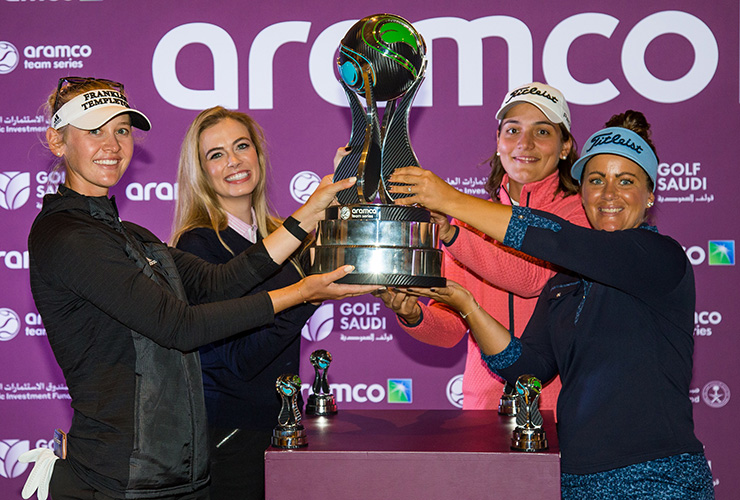 By Special Correspondent
October 16, 2021: New York lived up to its name as “the city that never sleeps” after it took two-holes of floodlit night-golf to crown Team Jessica Korda Aramco Team Series champions.

The two captains took to the floodlit 17th tee for a deciding duel, and after both hitting a bogey four first time around, a par from Korda proved the winning moment in what was the Ladies European Tour’s first event on US soil.

Speaking afterwards, Korda said: “It is so nice to share this win with a team. It’s such an individual sport so this is different and really cool.

“Today we really came together, and it was one of our best days, especially on those last six holes. We were just having fun, hyping each other up.”

On the play-off, she explained: “I’ve never played in the dark! I’ve never played under lights! It was so hard to see out there, so I really didn’t know how hard to hit it. I was just praying it was going to be somewhere up there.

“Sophia and I are great friends and playing anything against any of your best friends is tough. But golf is golf and friendship is more important.”

The eventual champions were set a lofty early target by Team Charley Hull – Hull, Annabel Dimmock (ENG), Stacy Lee Bregman (RSA) and amateur Christopher Kirchner – with Hull’s mesmerizing seven-under-par 65 the catalyst to carding a tournament-best final round of -20, taking the team to a -40 total.

Started with four straight birdies, that score – which took Hull to -12 for the week, individually –  proved unbeatable in the event’s solo format, bagging the 25-year-old her fourth career title as she finished one better than US world #1, Nelly Korda. 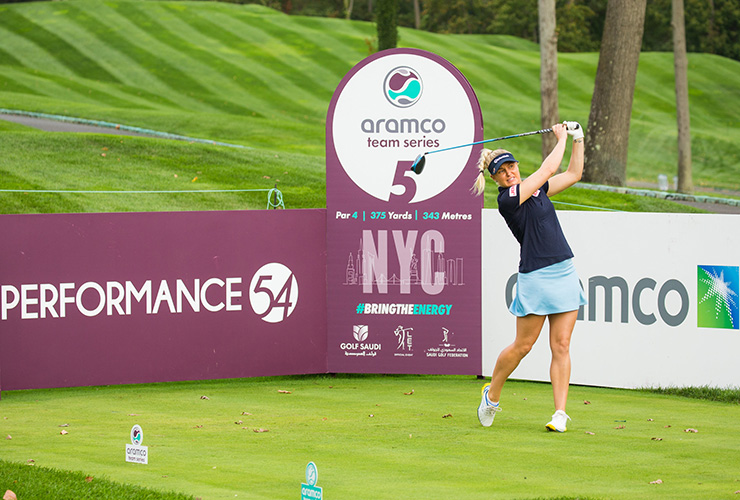 “I’m delighted,” said Hull, whose last win came in Abu Dhabi back in 2019, and who finished with what proved to be a pivotal birdie on hole 18. “It’s good confidence for the rest of the season. Four birdies to start with was good – I felt like I could have birdied every hole on the front nine today.

“Because of the conditions it was one of the best rounds of my life today, probably ever. The last hole was a tricky shot – it sat down a bit, but I played it perfectly.”

She added: “It’s a really fun event. It’s relaxed. The backing these Aramco Team Series events gets is so important to supporting and growing the game and they are all done really well.”

Olympic gold medalist Nelly Korda had held an overnight lead going into the final round of the 54-hole tournament but had to settle for second-place, one behind Hull.

“Obviously I would have loved to have gone away with the win, but I played solid,” said the 23-year-old. “I have stuff I need to work on and improve on, and I’ll go from there.

“It’s a format that allows you to keep it lighter out there. You’re not just playing for yourself but for a team too, so it’s cool.”