How a team of Aussies turned So Yeon Ryu into the No. 1 female golfer in the world 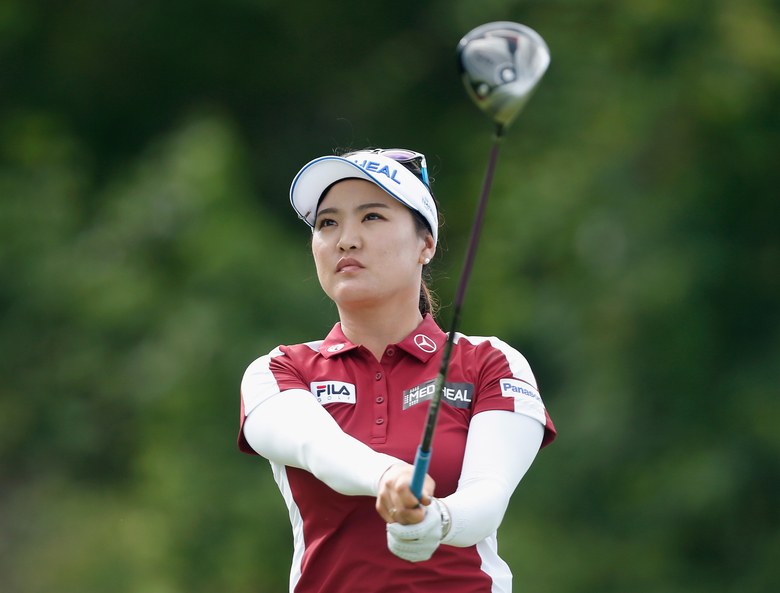 By John Huggan
Standing in the middle of the fairway on the 399-yard par-4 fourth (normally the fifth) at the Kingsbarns links during her final practice round for this week’s Ricoh Women’s British Open, So Yeon Ryu had 145 yards to the flag. The prevailing west wind having taken the day off, a stiff breeze was in the face of the 27-year-old South Korean as she settled into her address position. The shot required was one owning a low and penetrating flight. And that is exactly what Ryu produced, the ball landing only a few feet from the cup.

Ryu’s caddie, the immortally named Tom Watson, nodded in appreciation, knowing full well that his boss, No. 1 on the Rolex Rankings since her victory in the Walmart NW Arkansas Championship in June, would not have been able to hit that same shot only two years ago.

It started with Watson and Clayton though. Aware of Ryu’s frustration at hanging around No. 4 or 5 in the world but never going higher, the pair “auditioned” a few coaches before arriving at the conclusion that McCormick was the man who could make a difference to her swing, one prone to hitting overly high shots lacking in penetration.

“I was in contention a lot of weeks but not winning very often,” Ryu says. “So my motivation to get better was driven by my desire to win more tournaments. If I did that, things like getting to No. 1 would take care of themselves.”

Ryu’s praise of her team is appreciative without tripping over platitudes and hyperbole. She explains that among their biggest contributions they’ve done is arm her with information to help self-diagnose issues on the course.

“Cameron has helped my enormously with my swing,” Ryu says. “I now have a much better understanding of what I am trying to do, to the point where I can often fix my swing in the middle of a round. Not always, of course. But even when I can’t, I now know what I am doing wrong. And that is the always the first step to fixing something. I don’t have to rely on him totally.

To get to where Ryu is now, McCormick first wanted to know how her mind worked on the course.

“My first lesson with him started with a 20-minute talk. It was that long before I hit a shot,” recalls Ryu of their first meeting in early 2016. “Then he just watched me for a bit. He didn’t say much until l hit a few. Because I had the clubface so open, I needed to square up the face. And of course, to me, neutral or square felt shut at first.

“Now, however, I can hit so many more shots. I can flight the ball so much better, especially when the wind is blowing. My understanding of my swing has gone from 1-out-of-10 to nine. I know what I am doing now.”

That understanding and knowledge has spread to other aspects of the Ryu game, too. Watson says that Ryu struggled down the stretch in tournaments because she had trouble understanding the effects of adrenaline in the moment. Back-left pins were troublesome too, since she tried to hit cut shots into those greens. Now, however, she “gets it” says Watson, aiming for the middle of the green and hitting a draw.

“Her strategy is so much better,” Watson says. “She knows her strengths and weaknesses and plays accordingly. For example, on right-to-left holes she now hits a lot of 3-woods off the tee because she knows it is easier to hit draws with that club than with a driver.” 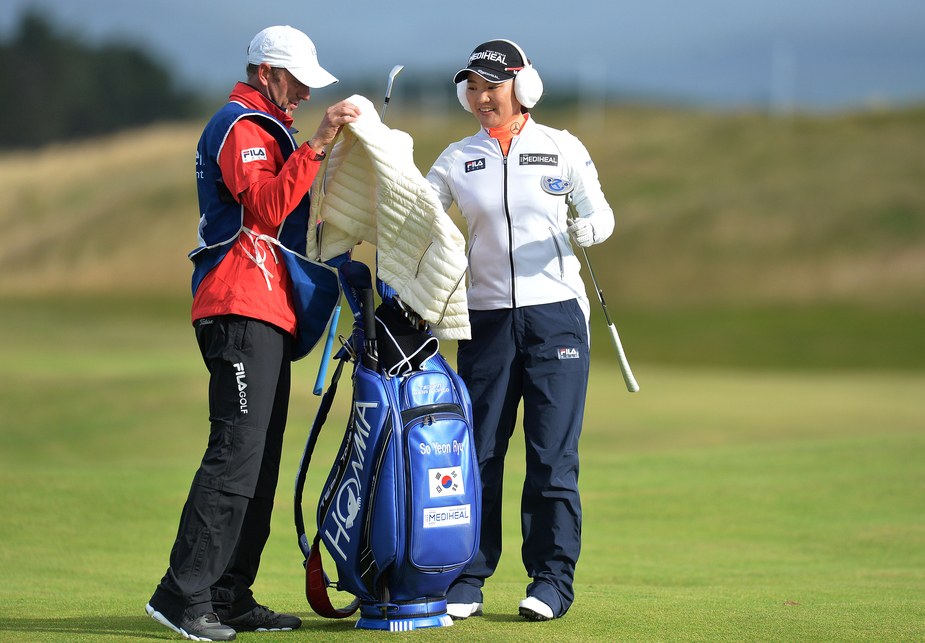 Mark Runnacles
Ryu’s caddie, Tom Watson, has become a key in the South Korean’s ascent to World No. 1

Such is the improvement in Ryu’s technique, working the ball in either direction is now something she is entirely comfortable “taking on.”

“Tommy has been a big help in my creativity on the course,” she says. “When he first started working for me I would always chip-out when I was in trouble. He would ask me why I wasn’t trying something a bit more imaginative. He wanted me to cut or draw the ball around trees. But I had no idea what he was talking about.

“Clayts was a big help with that, too,” Ryu says. “He encouraged me to try things, shots I have never considered before. He educated me. And he was very direct. He was very frustrated with me at first. But now I am open to more options. Because I know I can hit some different shots. That will help me here at Kingsbarns this week. In a normal week I know I can hit my 7-iron 150-yards. But here that I might use it from 110 or 120. Which is so much fun.”

Still, for all her undoubted expertise and increased versatility tee-to-green, it is with the putter in her hands that Ryu has seen the biggest improvement.

“So Yeon was way too mechanical, especially with her putting,” says Watson. “She was like a robot. When she practiced her putting she would practice an exact length of putt. I never understood that. On the course every putt is different, so why practice the same thing all the time?

“It took a while to convince her. But Finchy really helped. First time he saw her, he had her putting with her eyes closed, to work on her feel of distance. That blew her mind because it was so divorced from how she thought of putting.”

No surprise there. Ryu’s problems getting the ball into the hole were more, by her own admission, more mental than physical.

“I knew my putting was the weakest part of my game,” she confirms. “I needed to improve on the greens, or at least have more confidence in my ability, if I was to win more. Before, I would get very nervous over putts when I was in contention. My stroke was OK, but because I was missing so much I was thinking I was a bad putter. And when you think that you miss even more.

“Finchy taught me to enjoy putting and to enjoy my practice. He has given me some drills, little games that give me a target, something to achieve. He has made it fun. I have a sense of accomplishment when I achieve my goal. So I leave the practice green feeling good about myself. I leave on a positive note.”

“I am still a perfectionist, but not so much as I used to be,” says Ryu with a smile. “I am kinder to myself when I hit maybe five-yards wide of my target.”