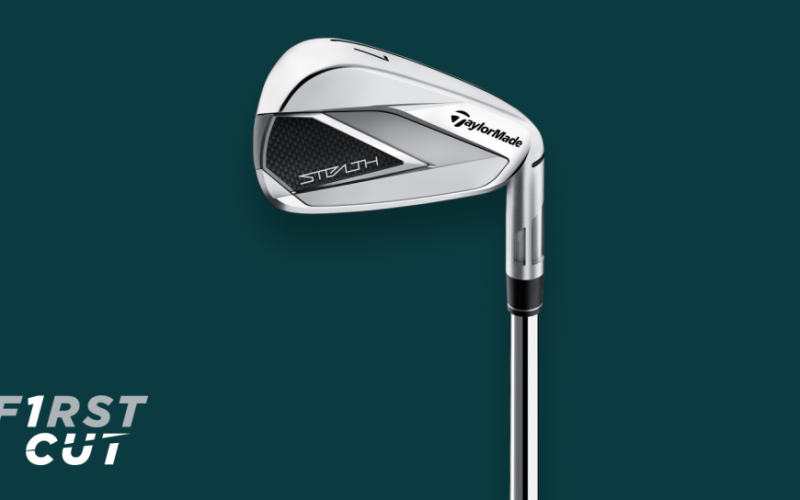 WHAT YOU NEED TO KNOW: TaylorMade’s Stealth irons use a thin, fast face and thru-slots for added distance. Various design features also lower the centre of gravity and to help boost the launch angle for game-improvement players needing an assist in that area. The tech is housed in a sleek-looking package that says you’re a better player than you are.

AVAILABILITY/PRICING: The Stealth irons are available for pre-order on Jan. 4 and will be at retail April 1. (Ed’s Note: UAE Pricing and release dates to be confirmed)

THE DEEP DIVE: Although TaylorMade has done a nice job upgrading the look of its game-improvement irons in recent years, it never quite achieved that just-so combination of look, sound and feel and performance. Its Stealth irons might change that conversation.

The upgrade starts at address (or in the bag). Stealth provides a distinctive, classy satin-finish look one might expect to see from a players iron, but does so in a shape that has just enough heft to say you have some help right in your hands.

But to focus primarily on the look would be a disservice. While it possesses none of the carbon-fibre cool of its namesake from the driver category, the Stealth irons are bathed in useful technology, starting with a multi-material cap-back design that is 7½ times lighter than the steel it is replacing. The idea originally was used on the SIM2 Max irons but has been revised so that the cap-back now wraps around the high toe area to reduce weight there, making the club easier to square at impact. Further, because there is no badge bonded to the back of the club, face can move more freely.

“When we were thinking of the next level of cap-back design, we centred our thinking around the fact that the majority of golf shots happen at the centre face or lower,” said Matt Bovee, who heads up product creation, irons for TaylorMade. “In order to drive performance lower in the clubface, we needed to drive the centre of gravity lower in the clubface because where CG goes, the sweet spot follows.”

The sweet spot gets a boost from a springy 450 stainless-steel face that shrinks to just 1.6 millimetres in its thinnest areas and employs a progressive inverted cone thickness to create ball speed across a wide portion of the face. In addition, a thru-slot speed pocket (up through the 8-iron) protects against a large ball-speed drop on shots hit low on the face. 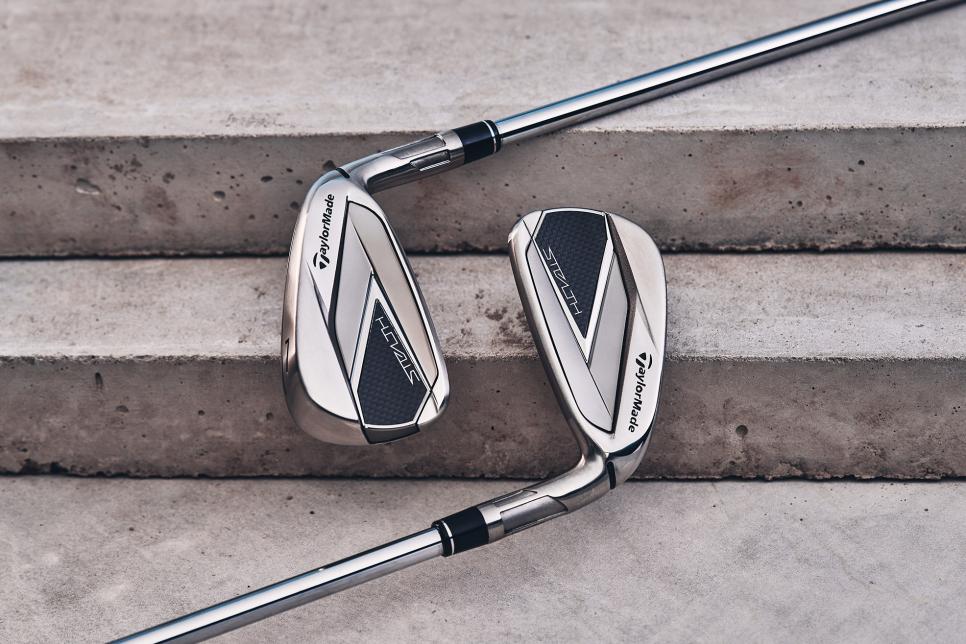 Of course, the game-improvement crowd often needs an assist in getting the ball in the air and help is provided in that area, too. The sole on Stealth is 3 millimetres wider than SIM2 Max. That puts more mass lower in the clubhead and drives the centre of gravity lower to provide higher launch.

“By making the sole wider and getting that CG lower, we were able to make the lofts half a degree to a degree stronger than SIM2 Max, but actually achieve a higher launch angle,” said Bovee.

Dampers inserted into the 4-9 irons are individually designed for each iron, ribbed structures aligning with the contact area. The Stealth irons are also designed so the maximum point of deflection of each face aligns with the position of the damper, allowing it to efficiently reduce unwanted vibrations.

The Stealth irons also come with expanded custom offerings. The company’s commitment to fitting also extends to this model with loft-fitting heads (+/- 2 degrees) and Stealth’s inclusion in TaylorMade’s any shaft/any head program.