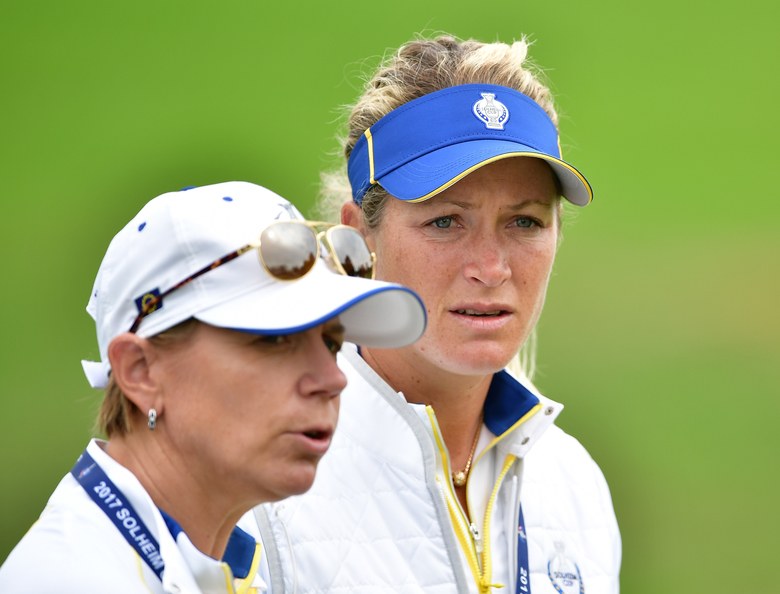 BY Keely Levins
On Wednesday Suzann Pettersen, whose controversial non-concession during the 2015 Solheim Cup overshadowed the event, withdrew from this year’s competition, citing a slipped disc.

Pettersen, who has played in eight Solheim Cups, qualified for the European Solheim Cup squad through her Rolex World Ranking (No. 23).

“I have made this extremely difficult decision to help the European team and give my team mates the best possible chance of success,” said Pettersen. “There was no guarantee that I would be fit to compete on Friday morning and I did not want to play unless I was able to give 100 per cent. I truly love The Solheim Cup and I will stay and support my team this week in whatever way I can.”

When the Solheim Cup team is named, both the European and American captains put down the name of an alternate. Catriona Matthew, who came to Iowa as a vice captain for Team Europe, was the alternate chosen by captain Annika Sorenstam. Matthew is now shifting positions and will be a playing member of the team. The matches begin at Des Moines Golf Club on Friday. 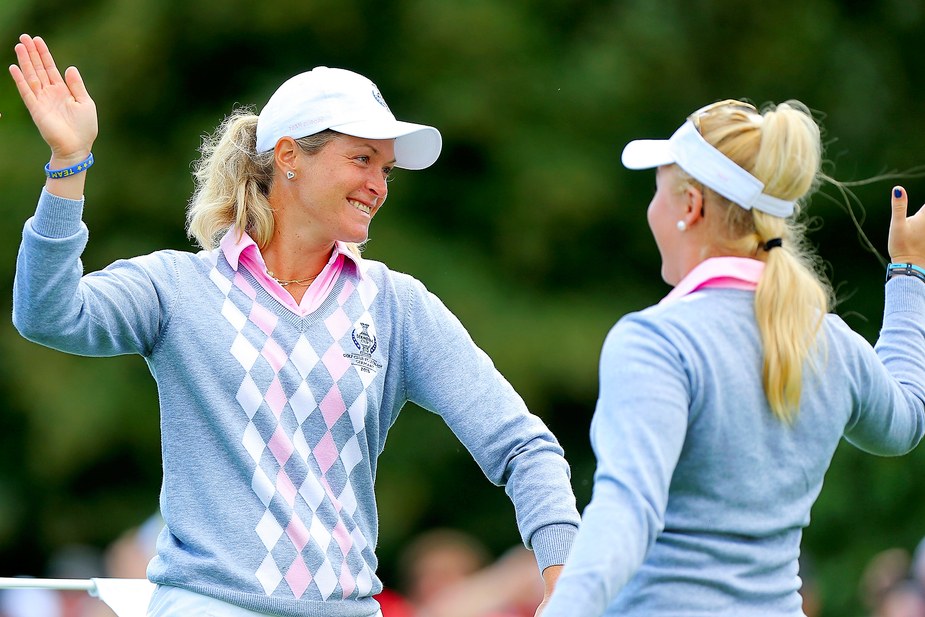 “It’s unfortunate that Suzann has to withdraw due to her back injury,” said Sorenstam. “The Solheim Cup has been such an important part of her career. It was a very tough decision, but I am proud of her and she will still be a leader this week. Catriona is a proven Solheim Cup performer who will be able to step right in and play with anybody. She’s ready to go.”

Pettersen isn’t the only member of the European team who isn’t at full health: Golf Channel reported that Anna Nordqvist has been battling mono. On the American side, Lexi Thompson missed her press conference on Tuesday, releasing a statement saying she’s been ill with a virus and needs as much time as possible to rest for the upcoming matches.

Like the European team, the American team has already called their alternate into action. Jessica Korda withdrew from the team the day after she was named to it, needing time to heal a nagging forearm injury. Paula Creamer is her replacement.

As per the captain’s agreement, both Juli Inkster and Annika Sorenstam put a new alternate’s name down after their first alternates are put on the team. The identities of these new alternates will only become known if another player withdraws from the event.