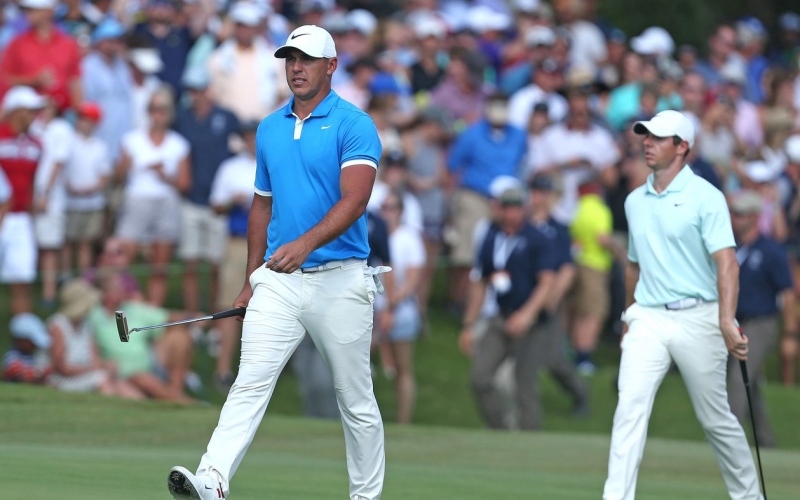 By Brian Wacker
MEMPHIS, Tenn. — Brooks Koepka and Rory McIlroy playing in the final pairing Sunday at the WGC-FedEx St. Jude Invitational, one shot separating the No. 1 and No. 3 golfers in the world, had all the promise of a heavyweight superfight. Instead, it was over about as fast as Mike Tyson-Leon Spinks.

Trailing by a stroke heading into the last round at TPC Southwind, Koepka quickly erased the deficit with a birdie on the par-5 third then added two more birdies on the fifth and sixth holes and never looked back. He shot a final-round 65 to cap an easy three-stroke victory over Webb Simpson.

McIlroy, meanwhile, was the only player in the top 10 who failed to break par on the afternoon, tying for fourth after a lacklustre 71.

Instead, it was only Koepka who showed up between the two four-time major winners, with a bogey-free round for his third victory of the season and his second in his last seven starts.

“It’s incredible,” Koepka said. “To look at what I’ve done this year, just show consistency, try to take my game I guess to a new level and I’ve done that.”

If there was a blemish on the 28-year-old’s ever-expanding and impressive resume, which this year included a win, two runner-up finishes and a T-4 in the year’s major championships, it was that the success he’s had in golf’s biggest tournaments hadn’t translated to the PGA Tour rank-and-file events (as if that’s actually even a shortcoming). 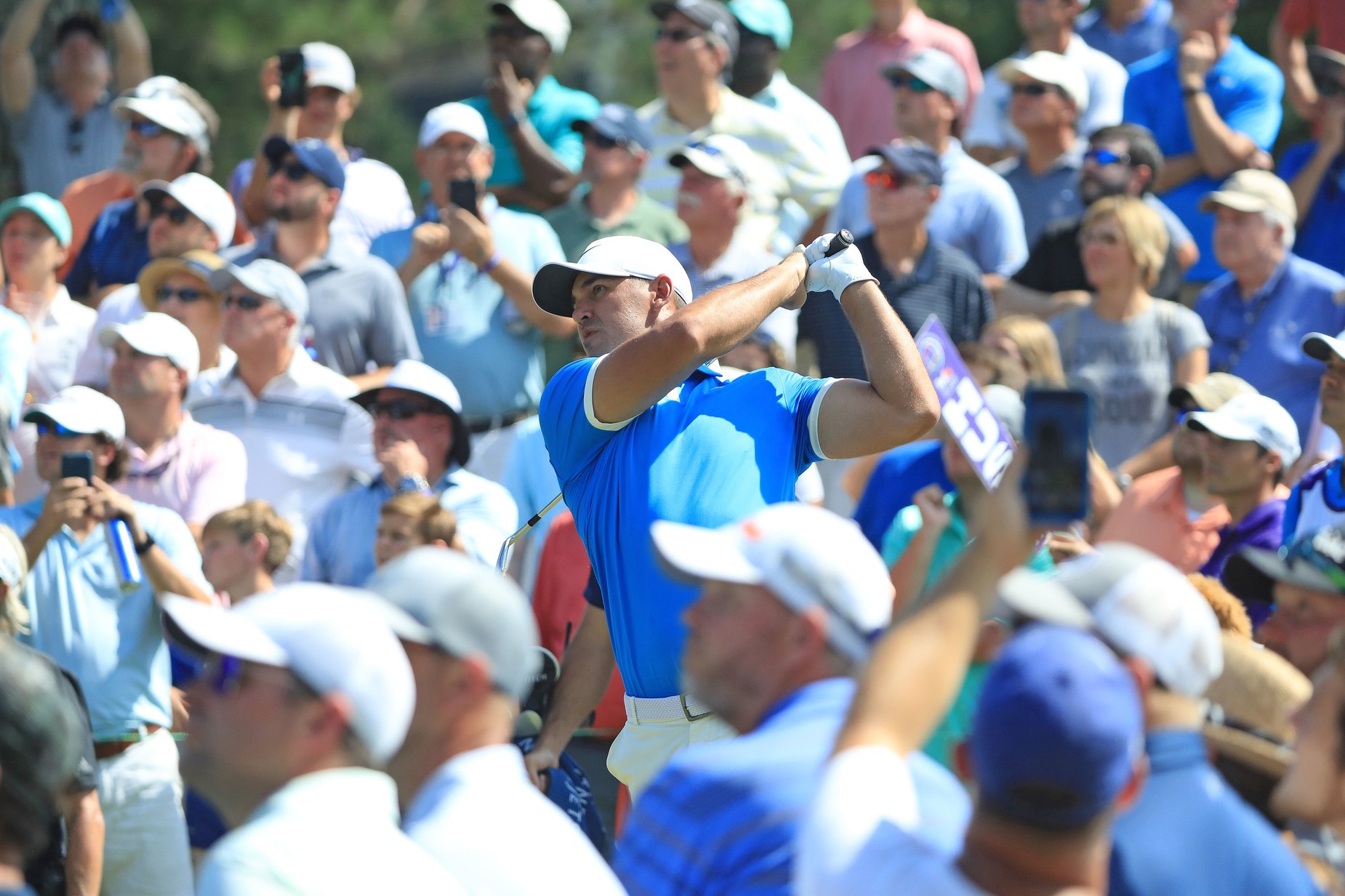 Koepka’s victory on Sunday, however, was his second non-major win of the season (he also won the CJ Cup last October), and the seventh overall of his PGA Tour career.

It was also his first WGC title, and with it came a hefty payout of $4.7 million, which included a $2 million bonus for wrapping up the season-long Wyndham Rewards competition (a week early) as well as $1 million for all but securing the Aon Risk Reward Challenge, another season-long competition.

RELATED: Koepka all but wraps up Player of the Year honors for second straight season

The performance was also as good as any of his in the majors. It helped that TPC Southwind played like one, at least in Koepka’s eyes.

“It’s a thinking-bomber’s golf course, and I enjoy that,” Koepka said. “It’s fun for me to send it, but if you have to think your way around where the pin location is on every tee box, that decides where everything is. That’s fun to me. I enjoy that.”

It helped, too, that McIlroy ejected early in what has become an alarming pattern for the 30-year-old Northern Irishman in recent years, at least when the pressure seems to be on.

At last week’s Open Championship at Portrush, an hour north of where he grew up and where he shot a course-record 61 as a 16-year-old, McIlroy bombed with an opening-round 79 that included a quadruple-bogey 8 on the first hole and went on to miss the cut by a stroke.

This week, the pressure was off—at least for the first three days—and McIlroy soared once more to the top of the leader board on the strength of a 62 in the third round.

Sunday, though, it all unravelled quickly.

On the par-5 third, Koepka drained a nine-footer for birdie, while McIlroy missed his birdie from five feet, the ball never touching the hole.

Things didn’t get any better from there for McIlroy, who with a wedge in his hand on the sixth missed the green left, then watched Koepka make another birdie after hitting his approach tight on the same hole. One hole later, McIlroy again hit a woeful wedge, leaving his approach from inside 140 yards some 50 feet short of the flag.

Even when McIlroy’s iron play was on, his putter wasn’t. He missed an 11-footer for birdie from the fringe on the eighth and followed suit from 12 feet on the par-3 11th. Then he bogeyed the 12th after dumping his approach—again with a wedge—into the sand and failing to get up and down to fall four behind. He bounced back with his lone birdie of the day two holes later but another bogey followed and the damage was done.

Afterwards, McIlroy declined to speak to the media. 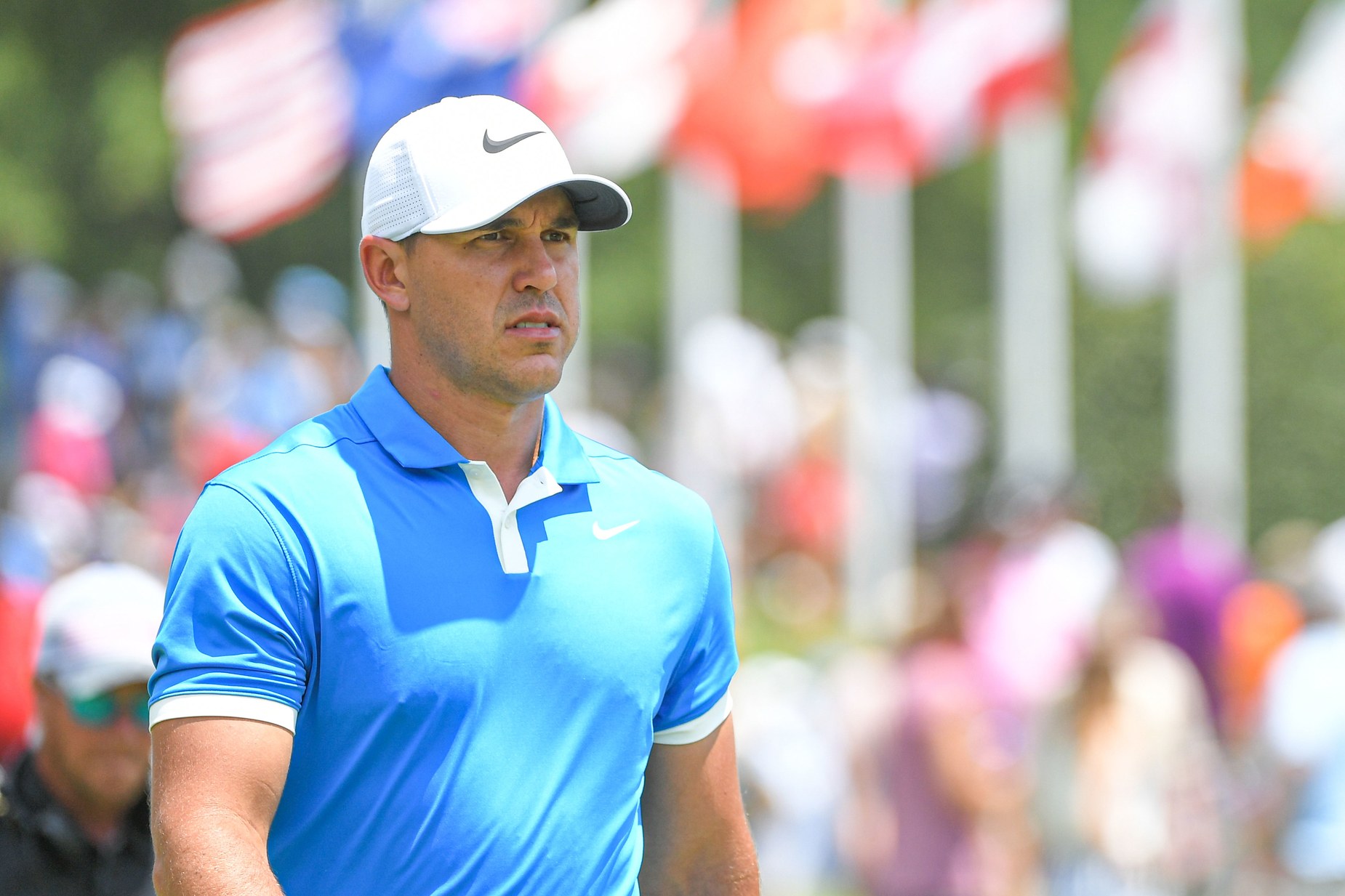 Koepka, meanwhile, had plenty to say, though his play did most of the talking. With the victory, Koepka has essentially wrapped up Player of the Year honours for a second straight season on tour.

“I was excited when I found out this was becoming a World Golf Championship,” he said. “That’s the whole goal is to win as many times as you can throughout the year and turn up for the big events and make sure you’re in contention.

“I feel like this year I’ve done a good job of that, been a lot more consistent. You know, the year’s not done, I’ve still got a few things to finish off and hopefully, it will go my way.”

Just about everything else has, why would that be any different?