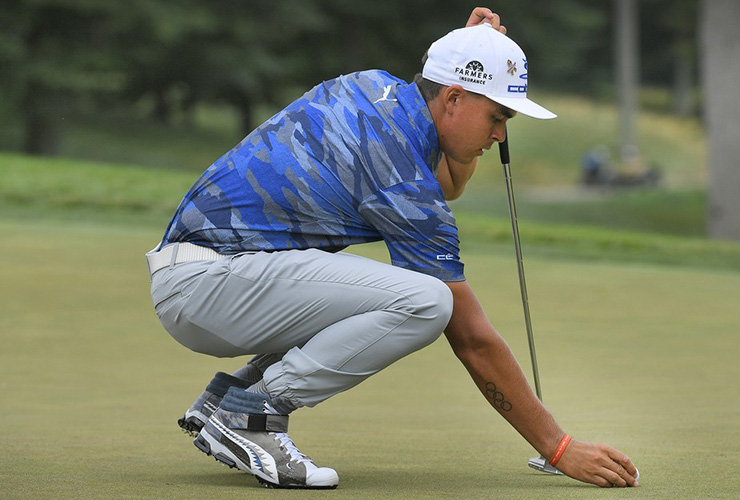 It’s becoming increasingly difficult to put a fresh spin on camo. The pattern is seemingly everywhere and, quite frankly, it’s becoming a bit tired. Leave it to Rickie Fowler to prove that theory wrong.

On Saturday at the Quicken Loans, which was Military Appreciation Day, several golfers wore camo to show their support. It was Rickie, however, who topped everyone else’s efforts by wearing the most unique, eye-catching camo.

In addition to showing off Puma’s Volition Camo polo ($75), Rickie sported the most unique high tops we’ve ever seen. Puma teamed up with Dominic Chambrone (who goes by @theshoesurgeon on Instagram) to create these kicks specifically for Rickie to wear on Military Appreciation Day. Chambrone drew inspiration from a warhawk and Puma’s Volition Camo print to fuse a variety of graphics and materials into one shoe. 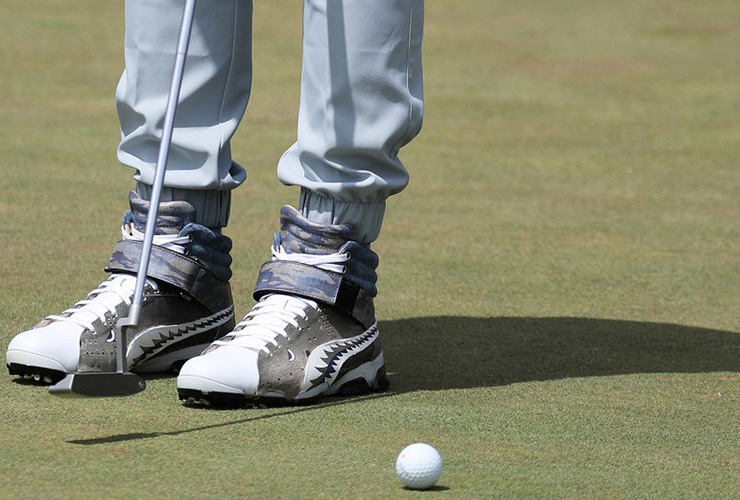 Sadly, these high tops won’t be mass-produced for the general public (that might be a blessing in disguise, since none of us could wear them as well), but you can bet that subtle elements from the Chambrone’s out-there designs will trickle down into Puma’s future offerings. 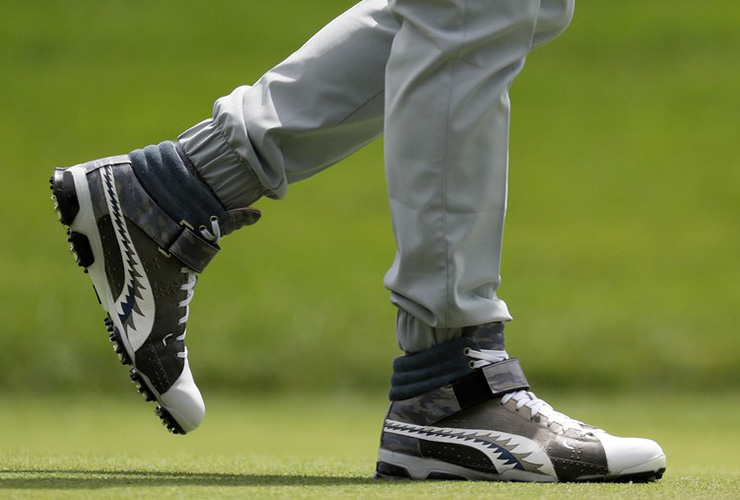 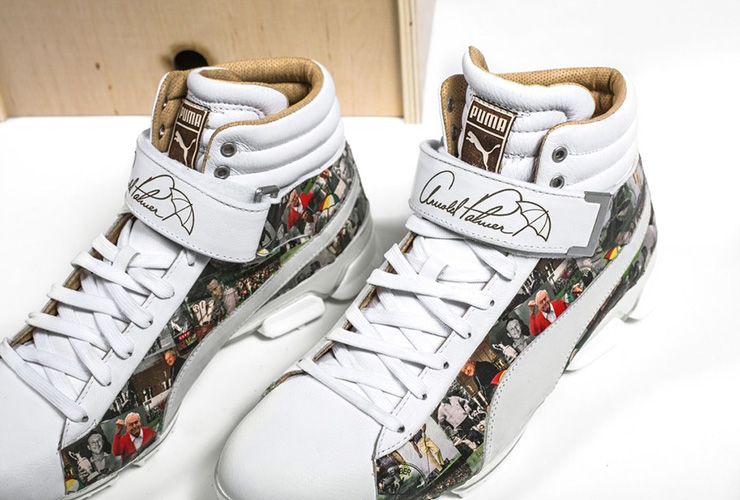