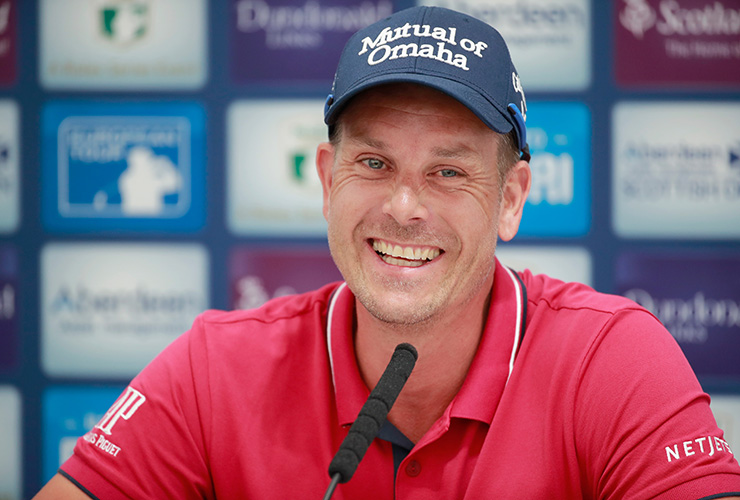 So, what’s it really like becoming a major champion for the first time? For Open champion Henrik Stenson, it’s been a lot like becoming a new father – utterly joyous. And completely hectic.

“When you have kids, your life changes and it’s like you can’t believe what you did with all the time you had before you had children,” the Swede said on the eve of the Scottish Open at Dundonald Links, a week out from his Open title defence at Royal Birkdale.

“I don’t know what I did with my time before I had the Claret Jug in my possession. And I kind of treat it like my baby, as well. So it’s a lot of similarities in that sense.”

Stenson certainly isn’t grumbling about all that’s followed his epic duel with Phil Mickelson at Royal Troon 12 months ago. Indeed, it will be tough handing back the Claret Jug, or the Golf Champion Trophy to use its proper name, when he rolls into Southport on Monday.

That said, the former Dubai-resident is looking forward to, well, looking ahead and trying to give the “baby” he doesn’t have to give back – a smaller, replica Claret Jug – a sibling for his major mantlepiece soon.

“For the year that you are the defending champion, then every week you show up at a tournament, it’s new, it’s fresh, they haven’t seen you since you won, and it’s all the pictures and all the autographs and all the interviews.

“It’s been a challenge at times. I’ve been pretty good at saying no, but you’ve still got to do a lot of things, and I’m sure that impacts your focus on your game to a degree.

“In this game, you’ve got to be in the moment and you’ve got to be focused and where you’re at now and looking forward. And you’re constantly talking about what happened six months, nine months, 12 months ago; so it’s easy to be a little stuck in the past.

“I think it’s going to be a bit of turning the page next week when I have to return The Claret on Monday, and then we’re kind of looking ahead instead of looking back.”

The future begins with a return to Ayrshire this week where Stenson goes in search of some much-needed momentum at the Aberdeen Asset Management Scottish Open.

“I haven’t played my best golf this year,” admitted the 41-year-old who started well with T8 and runner-up finishes in Abu Dhabi and Dubai respectively before missing five cuts in a stretch of six US starts including unwanted weekend’s off at both the Masters and U.S. Open.

“But at the same time, I don’t feel like it’s miles away. So we’re just trying to tidy up the loose ends a little bit and get going in the right direction. This week could be a very good week to do that. I think I finished about 13th or 14th last year [tied 13] at The Scottish Open [and] it wasn’t like I had to be in contention to get out what I want to get out of this week, even though it’s very nice to be up there and have a chance to win nice tournaments like this one.

“Playing links, getting a good bit of work done on the range and practise grounds, and just get that little bit of sharpness that we need to do really well.”

Stenson has returned to his bag the 2-iron he used 12 months ago for the Scottish-Open Championship fortnight.

“I want to play well. I think coming into Troon last year, I had not been in contention for the previous five or six major championships that I played, and that was kind of my key thought. If I’m going to win a major or more than one, I need to give myself chances,” said Stenson who ended 2016 ranked 4th in the world, edged up 3rd following his near thing to Sergio Garcia at the Dubai Desert Classic in early February but has since slipped to 7th.

“Again, I will try and come in with decent play and just keep working away for 3 1/2 days, and hopefully when you hit the back nine on Sunday, you’re there or thereabouts. The more chances you give yourself, the more chances you have to win.”

Stenson isn’t the only one desperate for some momentum. He’s off with Ryder Cup mate Rory McIlroy at 8.30am (11.30am UAE time) in the opening round Thursday, alongside 2015 Scottish Open champion but still major-less Rickie Fowler. 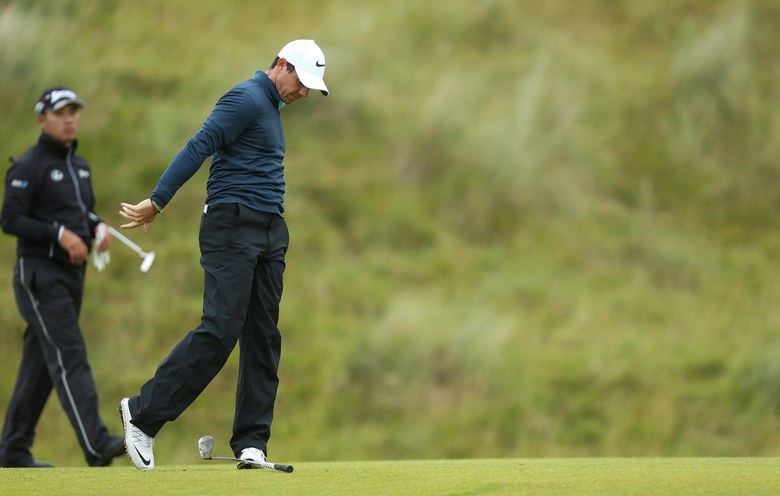 After withdrawing from the Masters with a rib/back injury and missing the cut at the U.S. Open, McIlroy arrives at Dundonald Links fresh from sitting out last weekend at the Dubai Duty Free Irish Open hosted by his own Rory Foundation. The 29-year-old Northern Irishman needs something to take into Royal Birkdale as he looks to snap a winless major championship streak stretching back to the 2014 PGA Championship.

“I think playing links golf is the best way to prepare going into The Open Championship, but look, the last two weeks are huge events in their own right now, part of the Rolex Series and big ranking points, big prize money,” said McIlroy who revealed he’s been working on knockdown wedge shots in the wake of the MC disappointment at Portstewart GC in Northern Ireland.

“I feel I’ve got ground to make up this year because of not playing as much as I would have wanted, and when I have played, not getting the results that I’ve wanted to. So it’s a big week. I want to play well. I want to have a chance to win and I feel like if I get myself in contention, that’s a great confidence boost for me going into Birkdale, as well.”

McIlroy admitted it was “proving difficult” trying to stay positive because “I feel like I am good enough to win these tournaments”. But he insists he’s “close”.

“It’s hard to sit up here and stand in front of a camera every single time and say to you guys it’s close, because I sound a bit like a broken record after a few weeks. But really, it’s not far away,” the world No.4 said.

“I’m positive about it. I’m excited about my game. I feel like I’m doing a lot of good things. And again, it’s just putting it all together, not just for one day but for four days; and not just for four days, to do it week-in and week-out.”