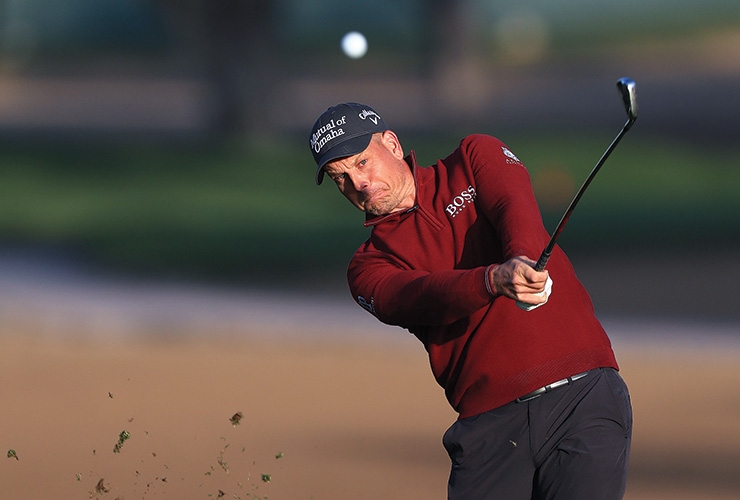 David Cannon/Getty Images
Stenson plays a shot during the Pro-Am at the Omega Dubai Desert Classic on the Majlis Course at The Emirates Golf Club on January 22, 2020.

By Kent Gray
Henrik Stenson spent the off-season working on his driving, a 40-foot RV around the Californian countryside that is. He’ll take all of February off too for fear of “running out of fuel” later in one of the busiest golf seasons on record.

Time, you see, is in short supply, especially for someone as doddery as the 43-year-old Swede in this increasingly young man’s game. It’s not that Stenson believes he can’t keep winning well into his 40s a la Lee Westwood, it’s just that one needs to pace oneself with the majors pending, an Olympic silver medal to try and better and the small matter of “ticking off” a Ryder Cup win on American soil.

But for now, Stenson is focused on trying to add a second Dallah to a trophy cabinet that finally has some new silverware in it to polish. Stenson’s victory at Tiger’s Hero World Challenge before Christmas doesn’t count as an ‘official’ victory but it sure felt like it as he held off Gary Woodland, Justin Thomas and Woods down the stretch in the Bahamas.

It proved something more than being his first win since the 2017 Wyndham Championship too.

“I didn’t feel like I played at my absolute best, but still did everything well enough to be able to get to 18-under, I think the winning score was in the end.

“I think that was one of the key things for me. A lot of my wins, I feel like I’ve played really, really well, and I think in the Bahamas, I didn’t feel like I played as well as I’ve done with some of my other wins. So to beat those guys when you still feel like you have a little bit extra, if everything is working, that was certainly
a boost.”

Stenson arrives fresh from a 23rd placing at last week’s Singapore Open but with plenty to work on like most everyone on the Majlis this week. Perhaps the 2007 champion here can draw inspiration from fellow ‘veterans’ Westwood and Matt Kuchar winning in Abu Dhabi and Singapore respectively?

“Definitely I think it’s good for the older players to win,” Stenson said to laughter before getting slightly more serious.

“The golf course doesn’t know if you’re 20, 30 or 40 when you’re teeing it up, right. It’s all about bringing as good of a game as you can do, and we know experience is a good part of this game to have. At times we can’t really compete with the longest players but we can compete with other factors…that’s something we try to do as good as we can and yeah, we certainly keep the dreams alive of winning golf tournaments.”