Stenson lurks with
intent in Dubai 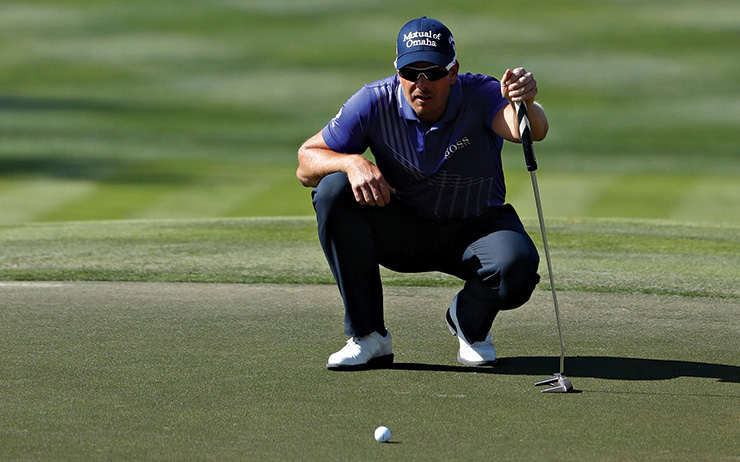 For the hare Sergio Garcia, Henrik Stenson is about as scary a trophy hunter as there is in the game today.

The Swede starts the final round of the 28th OMEGA Dubai Masters just three shots shy of the pacesetting Spaniard and happily so.

“Certainly if I’m coming in two or three behind Sergio, something like that, that’s where you want to be,” said Stenson who proved with arguably the greatest final round in history, that scarcely believable eight-under 63 to clinch last summer’s 145th Open Championship at Royal Troon, that he knows how to get it done on Sunday. There’s also the small matter of the 40-year-old having won the Desert Classic before, back in 2007.

“I’ll try and apply some pressure on the front nine and anytime you can be within a couple shots heading into the back nine, you can make it happen. Yeah, I’m very pleased with the day’s work.”

Stenson has every reason to be pleased with his extended Saturday at Emirates Golf Club. A second round 68 moved him to within four of Garcia before a 67, signed off with four back-nine birdies including a gain on 18 in the dark, reduced the deficit further.

“We had to rush a little bit here to get on 18 and hit it on the green in two, which is nice. Then we just tried to get that down in two [putts]. It’s hard with the pace in the dark, and hit it about four and a half feet by, so I had a little tester coming back. But a nice putt and closed out the day nicely.”

Stenson knows the famed Coffee Pot will be won on the Majlis’ slick greens.

“The greens, there’s not a lot of undulation on them, but we have that grain going, so you can have a 15-footer and the grain is going in two or three different directions. Normally it’s hard enough to read the greens and start the ball on line, and then you have to figure those things out, too.

“But my putting has been solid. I’m very pleased with the way I rolled it for the three rounds, and I hope I can keep on doing that tomorrow.”