Spiranac: “There is more to life than the score you shoot” 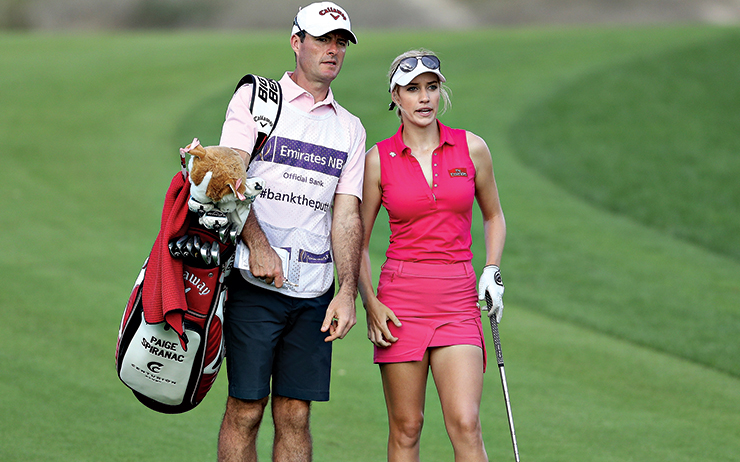 Paige Spiranac started her week outing cyber bullies and ended it at the source of all that anguish, accentuating the positives after another “emotional” Omega Dubai Ladies Masters performance on social media.

The LPGA Tour hopeful, abused online after missing the cut in her pro debut in Dubai last year, again has the weekend off at the Ladies European Tour season-ender after carding rounds of 77-80 to finish 13 over par, nine shots shy of the cut which fell at +4.

The Scottsdale, Arizona 23-year-old, a magnet for the media all week, wasn’t in the mood to face the press after her eight over 80 Friday, instead giving her first reaction in reply to a fan on Twitter with: “Thank you for your support! It has been an emotional week for me but I know I’ll come out stronger.”

“My return to the @omegagolfdubai has been an incredible experience. I’m so grateful for the opportunities that golf has given me to make a difference in other people’s lives,” she started.

“I had so much fun working with these amazing kids at the clinic tonight showing them how much fun golf can be.

“I have also been incredibly touched with the outpouring of support and the stories you have all shared with me after I spoke about my experiences with bullying. This along with the tragic passing of [caddy] Max Zechmann has proven to me that there is more to life than the score you shoot.“

Spiranac was in good company in missing the cut, joined by World Golf Hall of Famer Dame Laura Davies who exited the tournament, shortened to 54-holes after the tragic death of Zechmann on Wednesday, after matching 75s left the four-time major champion two shots off the mark.

Californian Beth Allen, who had already sown up the LET’s order-of-merit title before landing in Dubai, teetered on the edge after spoiling an opening 71 with a second round 77. But she made the weekend on the number and will look to finish the season in style Saturday.

“I did feel some pressure because I didn’t want — like I wanted to win [the money title] properly. I know that Shanshan [Feng] hasn’t played in enough events [to qualify], but I wanted to make more money than her,” Allen said.

Three-time defending champion Feng, who is five shots off the Felicity Johnson’s lead, will need by far the biggest comeback in the tournament’s 11-year history if she is to win, the only way she can finish with more money than Allen even if unofficially.