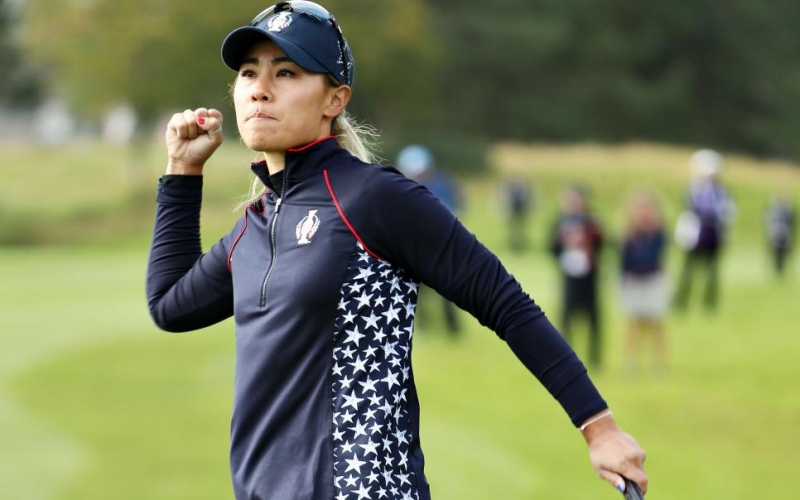 By Keely Levins
Team USA has had two years to forget the heartbreaking Solheim Cup finish of 2019, when Europe’s Suzann Pettersen made a Cup-winning eight-footer on the 18th hole at Gleneagles in Scotland. With a new captain (Pat Hurst) and a cohort of new assistants (Angela Stanford, Michelle Wie West and Stacy Lewis), this year’s American team has the benefit of playing at home and with four golfers ranked in the top 15 in the world—including World No. 1 Nelly Korda—compared to none for Team Europe. That kind of talent makes up for the fact that Hurst’s crew is young in Solheim Cup experience, with eight of the 12 players having played in one or fewer Solheim Cups.

Here’s a closer look at the American squad attempting to reclaim the Cup from Team Europe.

MORE: Everything you need to know about the 2021 European Solheim Cup team 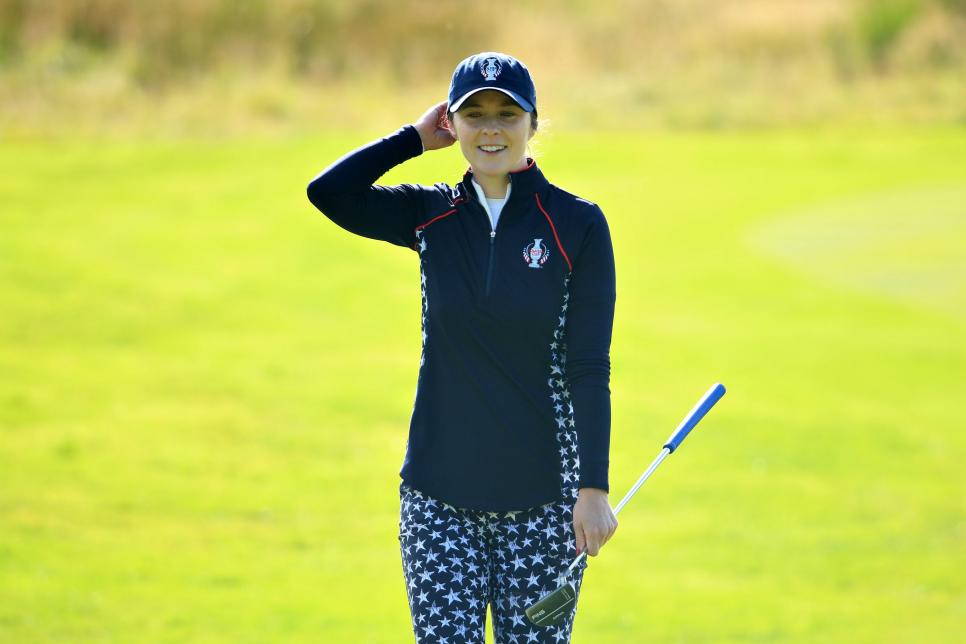 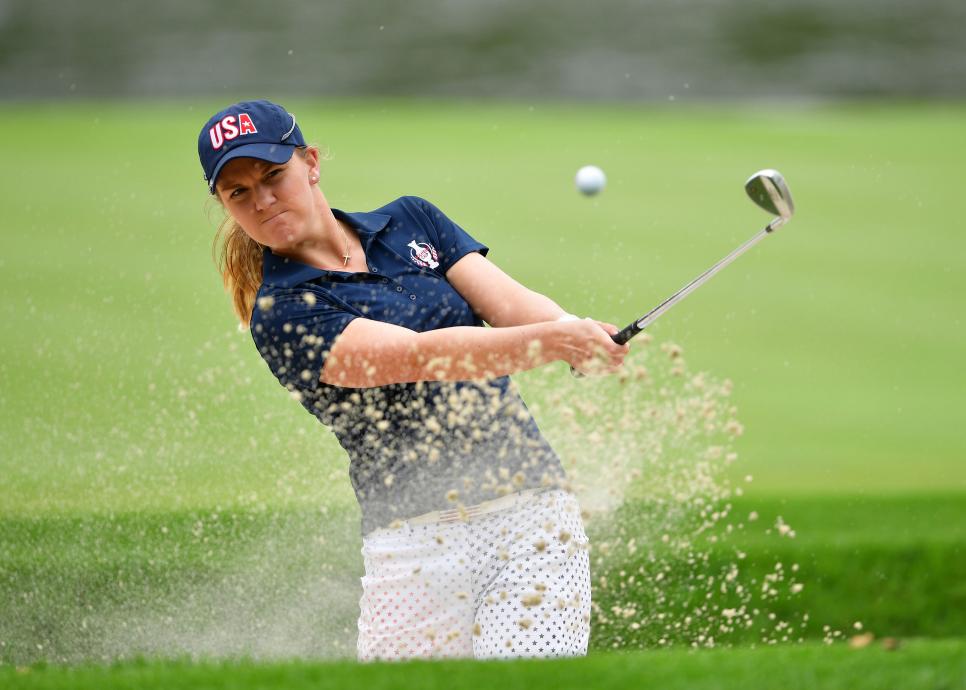 After not making the team in 2019, Ernst locked in her spot for 2021 by winning twice: the 2020 Walmart NW Arkansas Championship and the 2021 LPGA Drive on Championship. The 2011 NCAA individual champion has had two top-10 finishes in the second half of the 2021 season. 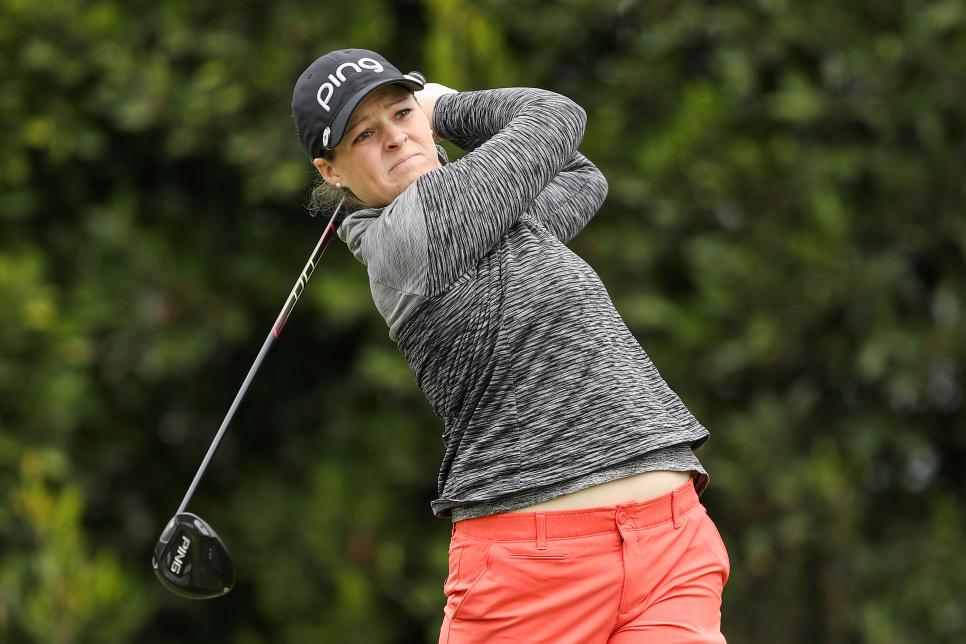 Ewing got the last-minute call to join the team in 2019 when Stacy Lewis withdrew due to back injury. Since then, she has come into her own on tour, winning her first two titles at the LPGA Drive On Championship at Reynolds Lake Oconee last fall and the Bank of Hope Match-Play this spring. The latter of which she won over Germany’s Sophia Popov, in what felt an awful lot like a Solheim Cup preview. 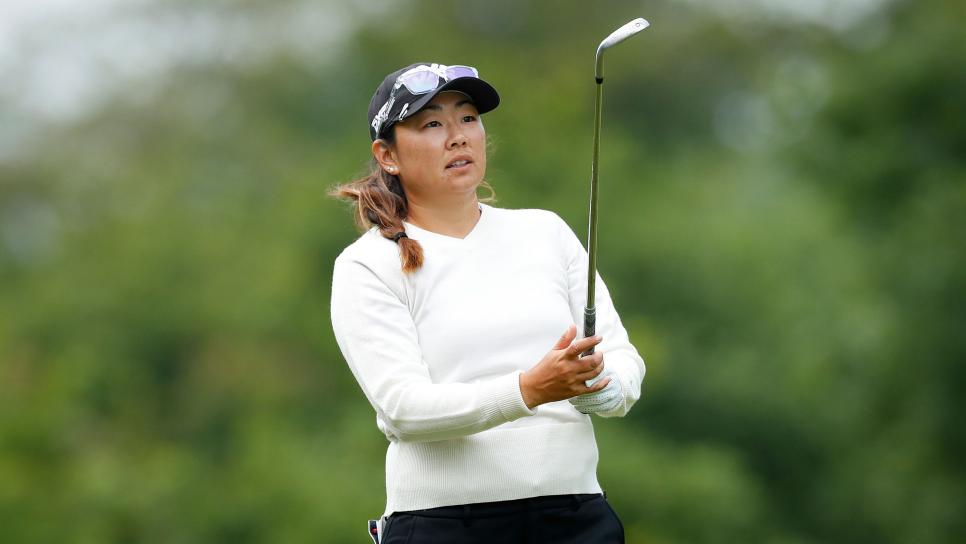 While the LPGA Tour had to pause tournaments in 2020 due to the COVID-19 pandemic, Harigae went to Arizona to stay sharp on the Cactus Tour. She won events by nine, 14 and 16 shots. That got Captain Pat Hurst’s attention. Harigae had three top-10 LPGA finishes after the restart in 2020, and has logged three more top-10s in the second half of the 2021 season. She’s a veteran in that she joined the LPGA Tour in 2010, but this is her first Solheim Cup. 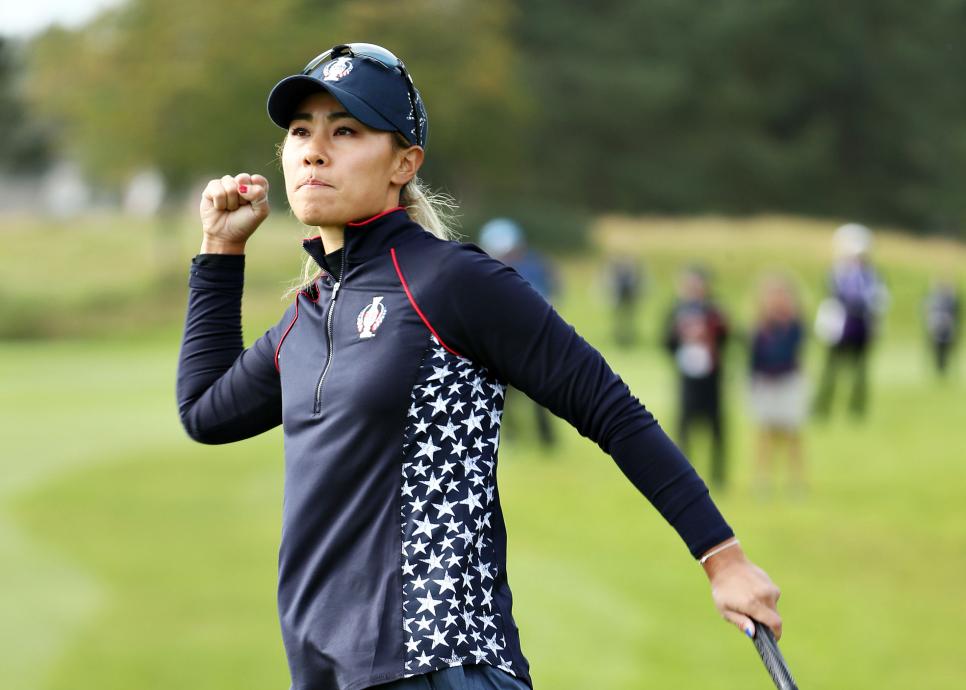 Kang loves the event and will surely thrive playing on home turf among the cheers of home crowds. She’s won five times on the LPGA Tour, including one major, the 2017 KPMG Women’s PGA. Also the winner of back-to-back U.S. Women’s Amateur championships, the No. 7 player in the world knows how to succeed in match play. 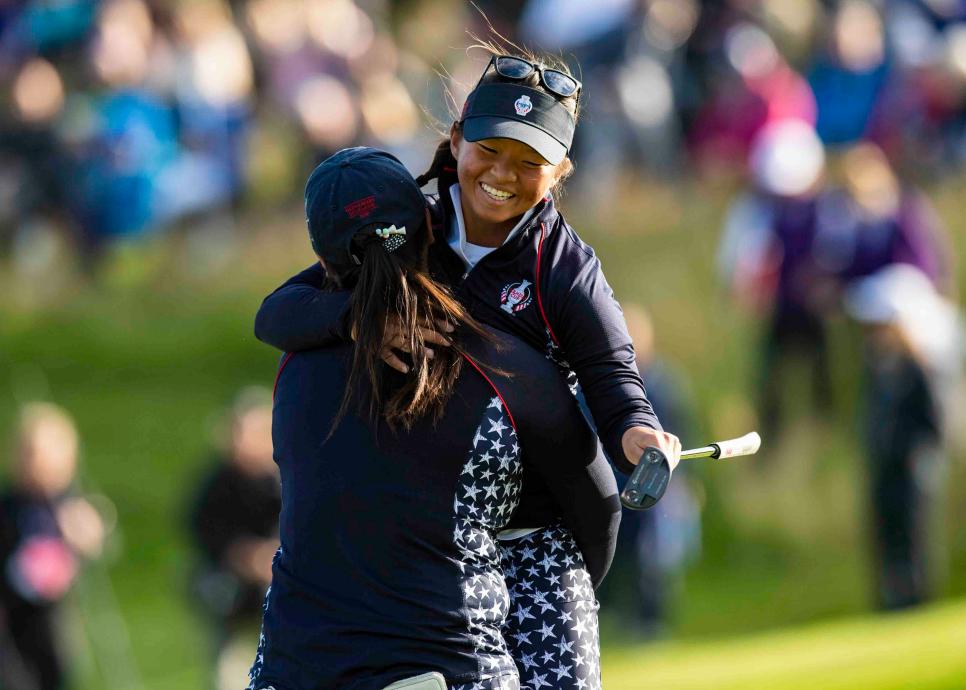 Khang was one of the six rookies on the 2019 team. Though she went winless, she comes into this Solheim Cup with more experience. In 2021, she had her career-best finish in a major, finishing T-4 at the U.S. Women’s Open. She’s one of the straightest drivers of the ball on tour, hitting 80 percent of fairways. 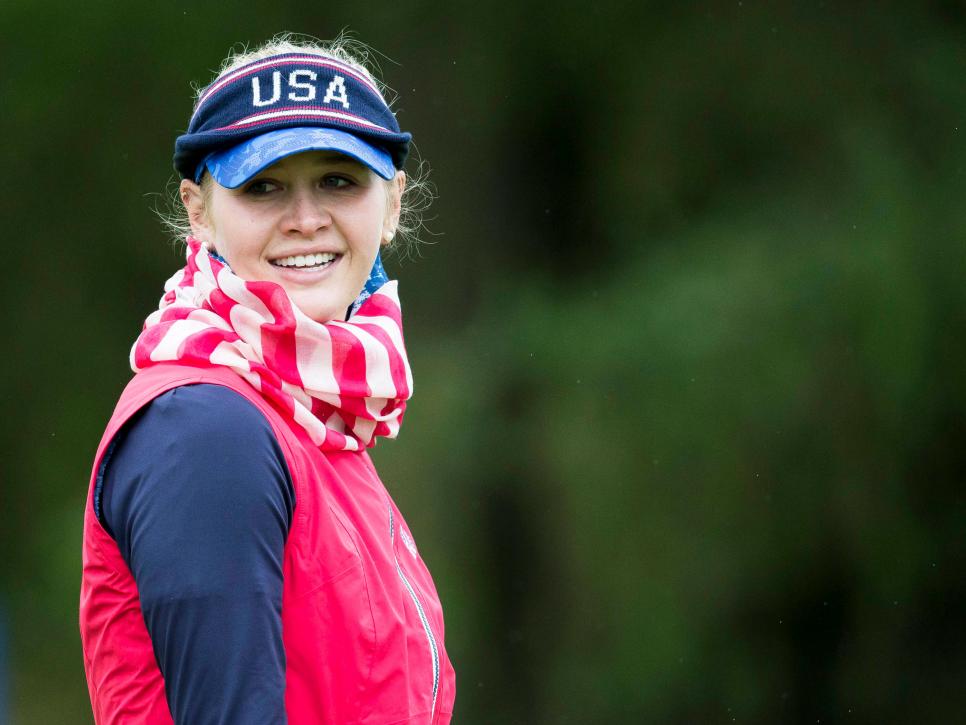 Korda made the team in 2017 but had to withdraw due to injury before play started. In 2019, she paired with her sister to win twice, won her singles match, and halved another fourball match. In a match that ended in a loss for Team USA at Gleneagles, Korda was a bright spot. It’ll be hard not to pair the sisters together again with their winning record. 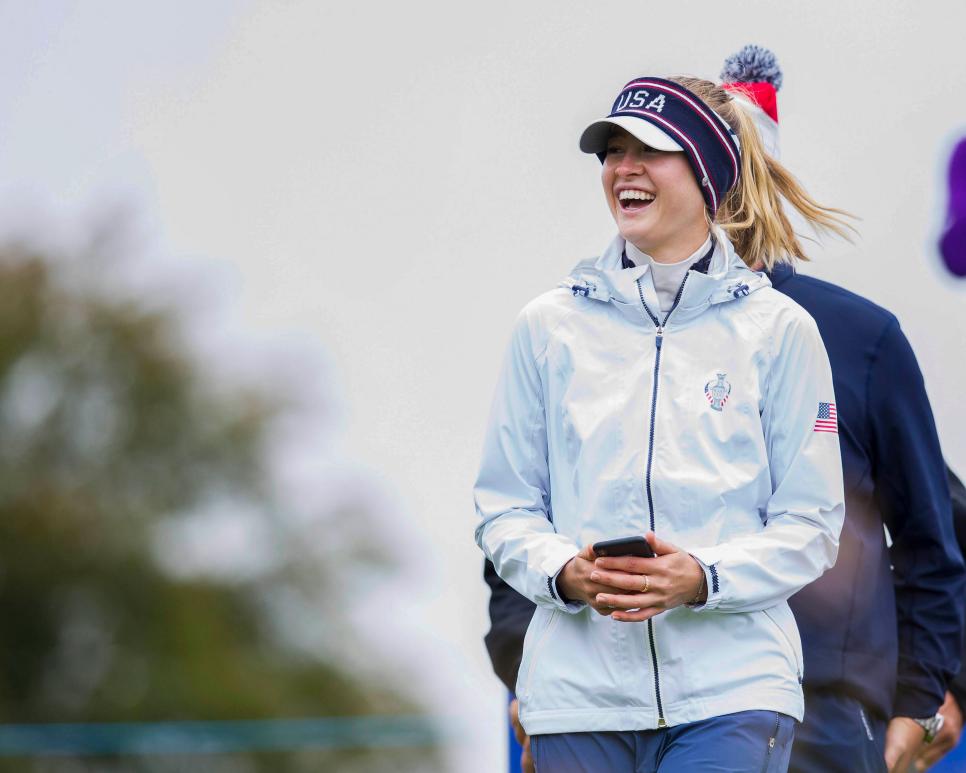 The No. 1 player in the world, six-time LPGA Tour winner and the recently crowned Olympic gold medalist heads into her second Solheim Cup more established—and confident—than she was in Scotland. Korda was solid in her Solheim debut, especially when paired with her sister, Jessica. The pair won their two foursomes matches 6-and-4 and 6-and-5, respectively. 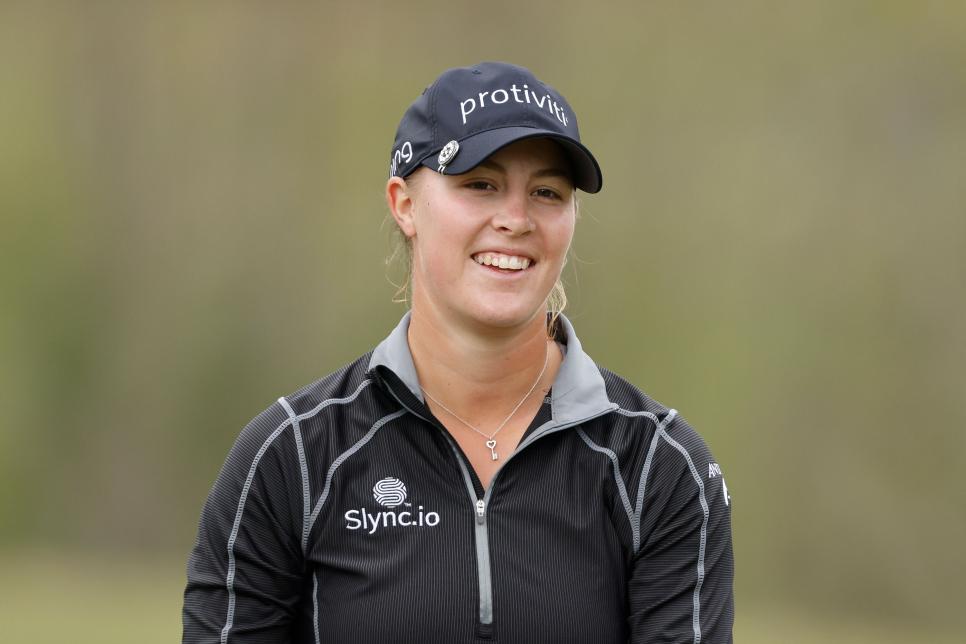 Kupcho’s amateur career is full of accolades: 2018 NCAA champion at Wake Forest, winner of the inaugural Augusta National Women’s Amateur, and 34 weeks ranked No. 1 amateur in the world. Since turning pro in 2019, she has finished in the top 10 nine times while looking still for first LPGA win. 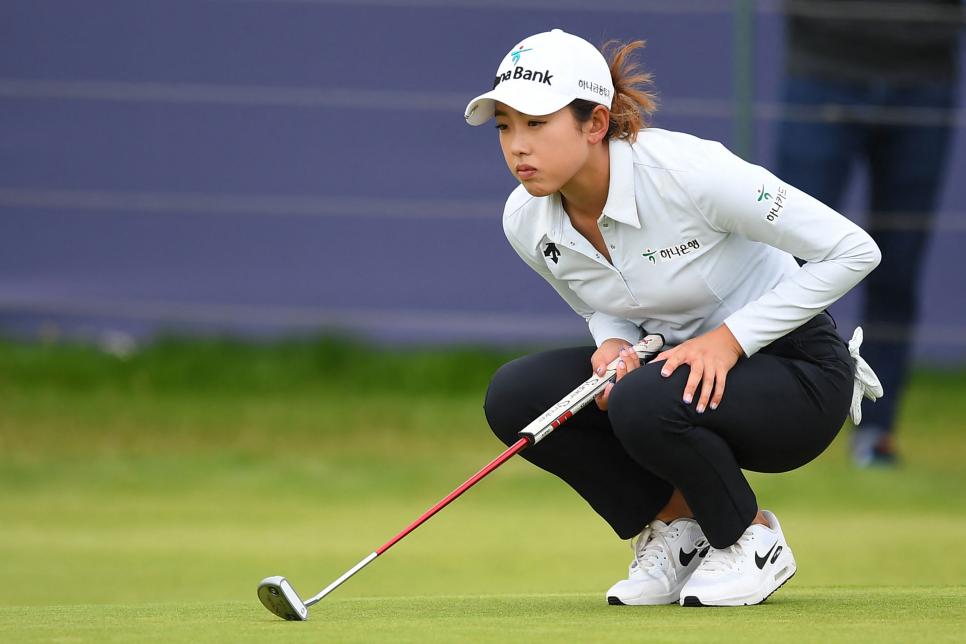 Despite not having status on any tour, Noh decided to turn professional in 2019 instead of going to UCLA. She played Monday qualifiers, breaking through at the Cambia Portland Classic and making the most of her start by finishing second. She got her card for the 2020 season via Q-Series. In 2021, she finished in the top 15 in three majors: the KPMG Women’s PGA, the Amundi Evian, and the AIG Women’s Open. 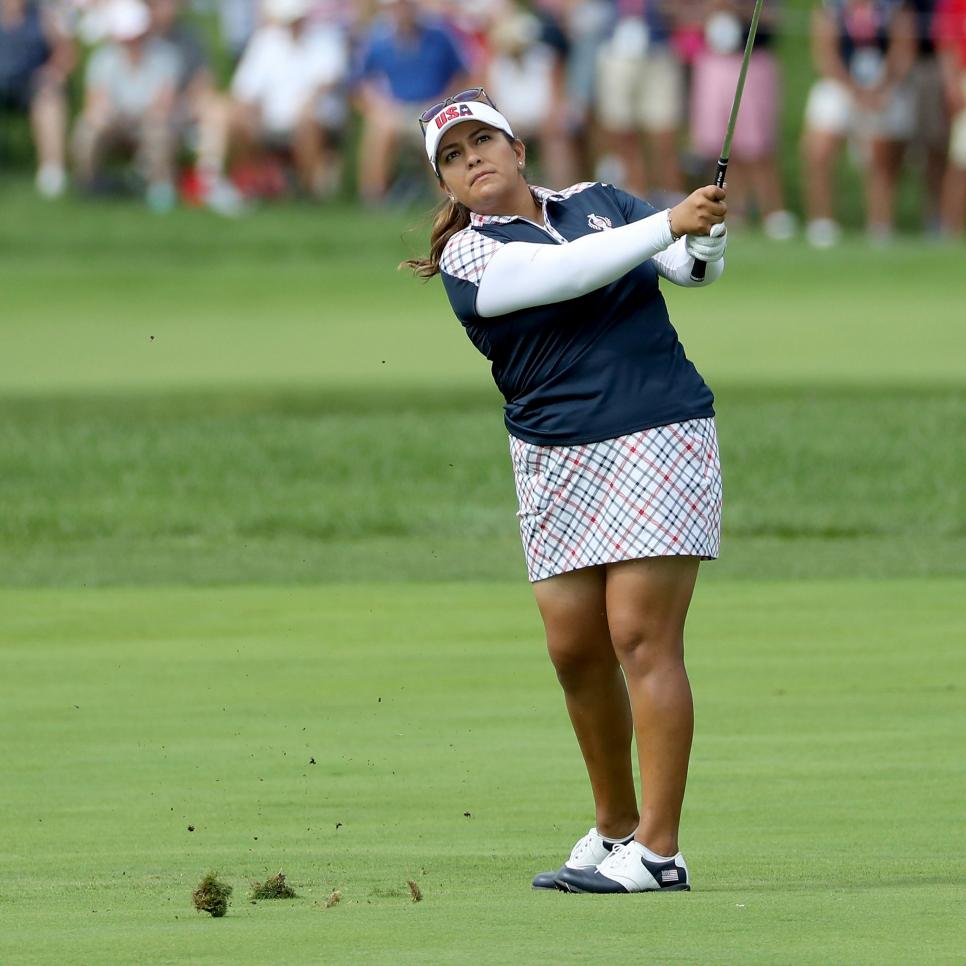 Though only 32, Salas is the eldest member of the American tean. Her four years of Solheim Cup experience will serve well on a team heavy in rookies and one-time players. Salas edged her way onto the 2021 team by finishing T-2 at the AIG Women’s British Open, her second runner-up in a major this season and the final qualifying event for the Solheim Cup. 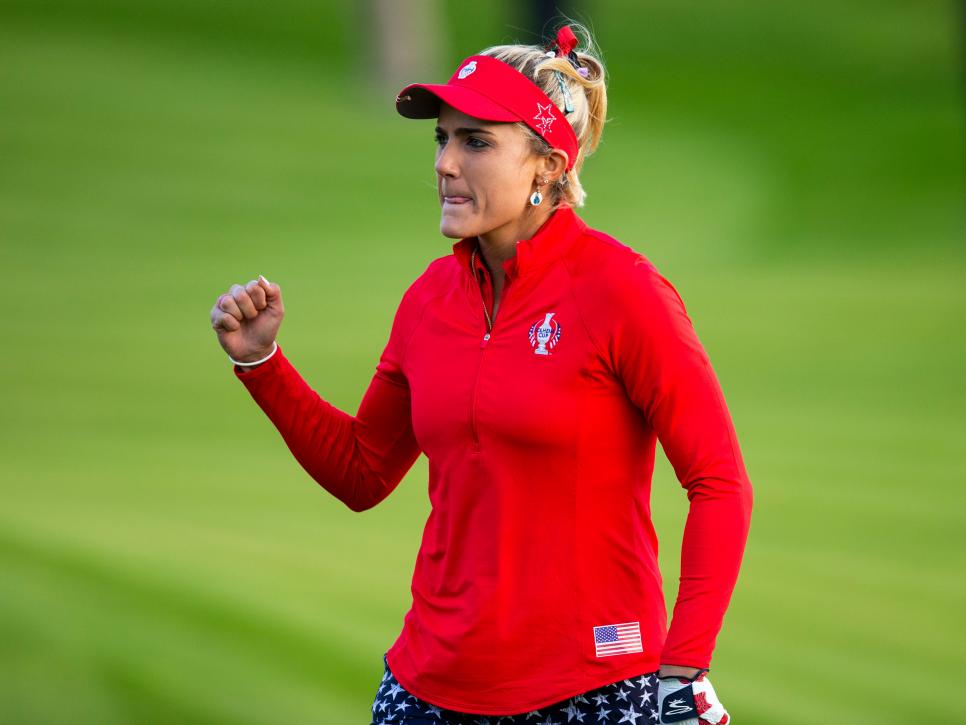 Thompson, an 11-time LPGA Tour winner, went winless at the 2019 Solheim Cup, in part due to a back spasms in her singles match. She and Cristie Kerr had gotten into a dominant rhythm as Solheim Cup partners in 2015 and 2017. With Kerr not on the 2019 team, Thompson was paired with different partners each match. This year, Hurst will be looking at her pods to find the right match for Thompson to unlock the points she is capable of scoring.