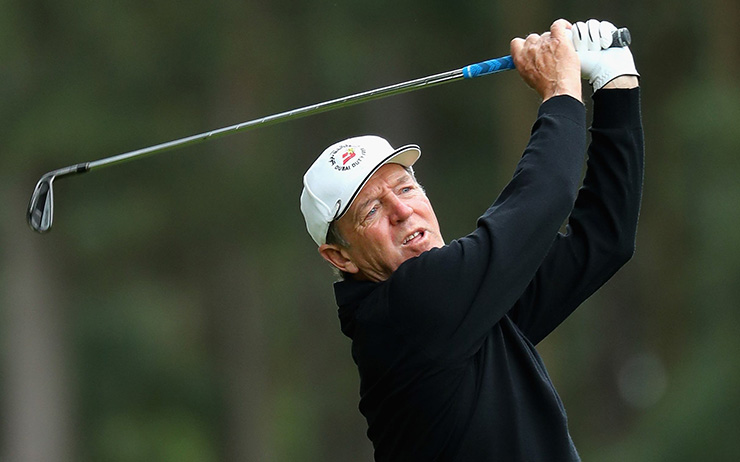 Des Smyth believes the new Sharjah Senior Golf Masters could be the catalyst to “revitalise” the European Senior Tour via a series of events in the Middle East, not unlike the current main tour Desert Swing.

“This is a huge step forward for Sharjah and it would be a wonderful scenario if it were to lead to two or three consecutive Senior Tour events in the Middle East,” Smyth said.

“I think it could revitalise the European Senior Tour. I can’t wait to tee off in Sharjah and get the ball rolling.”

Smyth has been a frequent visitor to the Middle East throughout his stellar career and won the Arcapita Senior Tour Championship at The Royal Golf Club in Bahrain in 2005.

He was one of four European Senior Tour players who played in the Sharjah Senior Invitational Pro-Am presented by Shurooq last March, along with Paul Broadhurst, Ronan Rafferty and Malcolm Mackenzie.

“This is the first time the European Senior Tour has played an event on a 9-hole course but I found it an excellent layout and with the extra teeing ground it will be an interesting tournament with such a variety of tee boxes.”