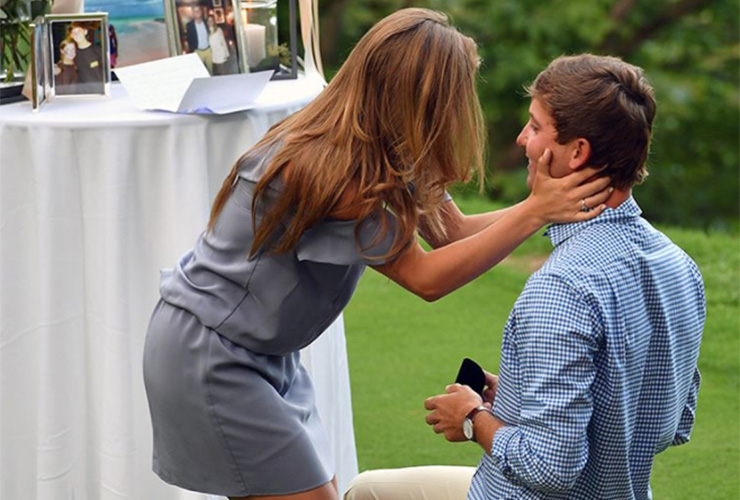 Earlier this year, Smylie Kaufman was the last of the #SB2K17 crew to jump off a yacht. But earlier this week, the 25-year-old PGA Tour winner became the first of the Baker’s Bay gang to take a bigger plunge.

This will forever be my favorite fairway! I can’t wait to marry you, Smylie Kaufman! #fairwayfinds

It looks like Kaufman, a former unanimous Spring Break MVP, added a nice touch to the engagement with flowers, candles and photos of the couple. Who says romance is dead?

And there was this tweet from Mike Dunphy, a tour rep for Cleveland/Srixon and one of Kaufman’s friends:

Anyway, congrats to the lovely couple. We just hope this doesn’t impact #SB2K18.