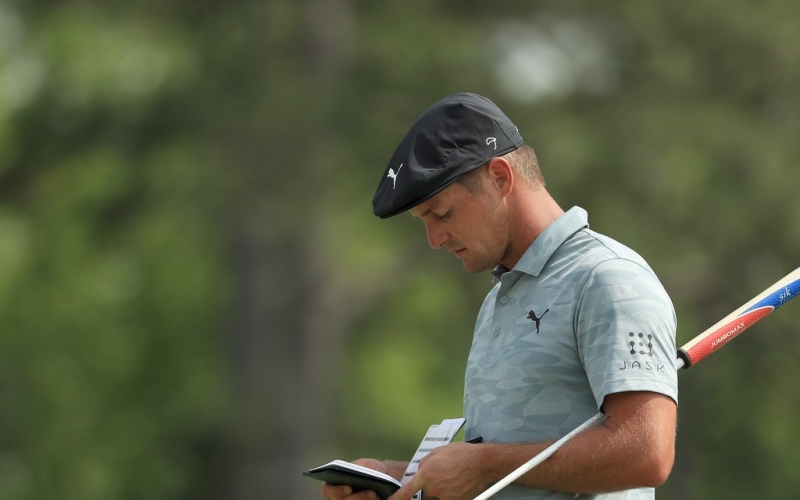 By Matthew Rudy
Slow play came to the forefront at the Northern Trust after video of Bryson DeChambeau’s “deliberate” approach to analyzing a tricky 70-yard shot went viral. DeChambeau strongly defended himself, and after the tournament said he was going to do everything he could to play faster so that he could be a good example for the sport.

DeChambeau is hardly the only one involved in the conversation. Weekend players are routinely suffering through rounds of five-plus hours, and despite courses doing whatever they can to stress the importance of pace of play. We asked five Golf Digest 50 Best Teachers to weigh in on the problem of slow play and how they teach their students how to deal with slow players.

John Dunigan (White Manor Country Club, Malvern, Pa.): I’ve heard some people on social media say that this is a manufactured controversy, but it’s very much an issue, and not just on tour. Junior golf is awful, too—and that’s partly because they’re using the tour players as their models.

Jim McLean (Jim McLean Golf School at the Biltmore, Coral Gables, Fla.): It’s a major issue. Slow play ruins golf, whether you’re talking about a tour event or a regular weekend round at a public course. How many tee times is a course losing when a round takes five and a half hours?

Bernie Najar (Caves Valley Golf Club, Owings Mills, Md.): They clearly take too much time on the tour. They have all the information in the world, and caddies who are making a lot of money. Yes, they’re playing for millions of dollars, but it sets a terrible example that trickles down into the club game.

Mark Blackburn (Greystone Golf & Country Club, Birmingham, Ala.): Yes, it’s an issue for the Tour, but I wouldn’t call it a universal issue. So much of it has to do with course design. In the U.S., you’re usually riding, and the tee boxes are far away from the previous green. I walked 11 miles following [student] Chez Reavie in Kapalua. That takes time. A course with water and sand? It just takes longer. They’re not having the same problems in the U.K., where the classic courses have tees and greens that are closer together. You’re playing in two and a half hours over there.

Dunigan: It’s also a component of how the game is shown on television. When they cut to a player and they’re going through all of these preparations, it takes the time thing out of context. Maybe if they just showed the action, it would help change our idea of what the pace of the game should be.

McLean: Most slow players have a bad process, not bad intentions. They don’t play ready golf, and they change their routines. They can’t make up their minds, and they are oblivious to others. Ben Crane was the worst.

Najar: The reality is that if players aren’t going to get penalized for taking too much time, they’re going to use as much time as they can. The other reality is that there’s no real downside to being slow. You’re going to do your thing that makes you most comfortable, and if the speed irritates the faster players, that works to your advantage. It’s much harder for the faster player to control the pace of play than it is for the slower player to do it.

Brian Manzella (English Turn Golf & Country Club, New Orleans): Dealing with the playing style of the other players you’re with is part of the sport. Instead of getting mad, you have to get strategic. If I’m in a match-play scenario with a slow player, I slow down even more to the point THEY’RE uncomfortable. Remember when Sergio and his partner walked off the green at the Ryder Cup and left their opponents there to finish? If I had been playing against them, they’d still be waiting for me to putt out now 10 years later.

McLean: You have to make sure you’re differentiating between a player who is slow and one who is slow to the ball. I taught Keegan Bradley for five years, and he always had that same jerky stop-and-start approach. But we talked a lot about pre-shot routine, and Keegan was always ready to play when it was his turn. He’s not a slow player. He walked fast to his ball, and if it took him longer to walk into his shot, he wasn’t slow overall.

Blackburn: I don’t think it matters if you’re talking about slow play as gamesmanship or somebody who just takes their time. Your reaction to it as a player has to be the same. You have to stay in control of your own space. I teach all of my players to occupy their minds with something else. Talk to the caddie. Count people in the gallery. Anything to keep you from focusing your energy and attention on the slowness. If you do that, it’ll drive you insane.

Najar: Some shots just take a little more analysis—but if you modelled what Tom Watson or Dustin Johnson do, decisively and briskly without hurrying, you’d do so much better. There’d be less mental clutter.

Manzella: You’re telling me we have the ability to see the shots every player in the field hits in real time with ShotLink and we can’t figure out slow play on the tour level? There has to be a way to monitor the times so that the second bad time as it is officially measured translates into a penalty shot. And maybe you give the players a timeout or two to use when they have a particularly hard shot.

Najar: There are already rules for slow play. It comes down to the willingness to put a penalty on somebody. Is the tour ready to have a tournament decided because a player got a bad time on the 18th fairway when they’re tied for the lead? 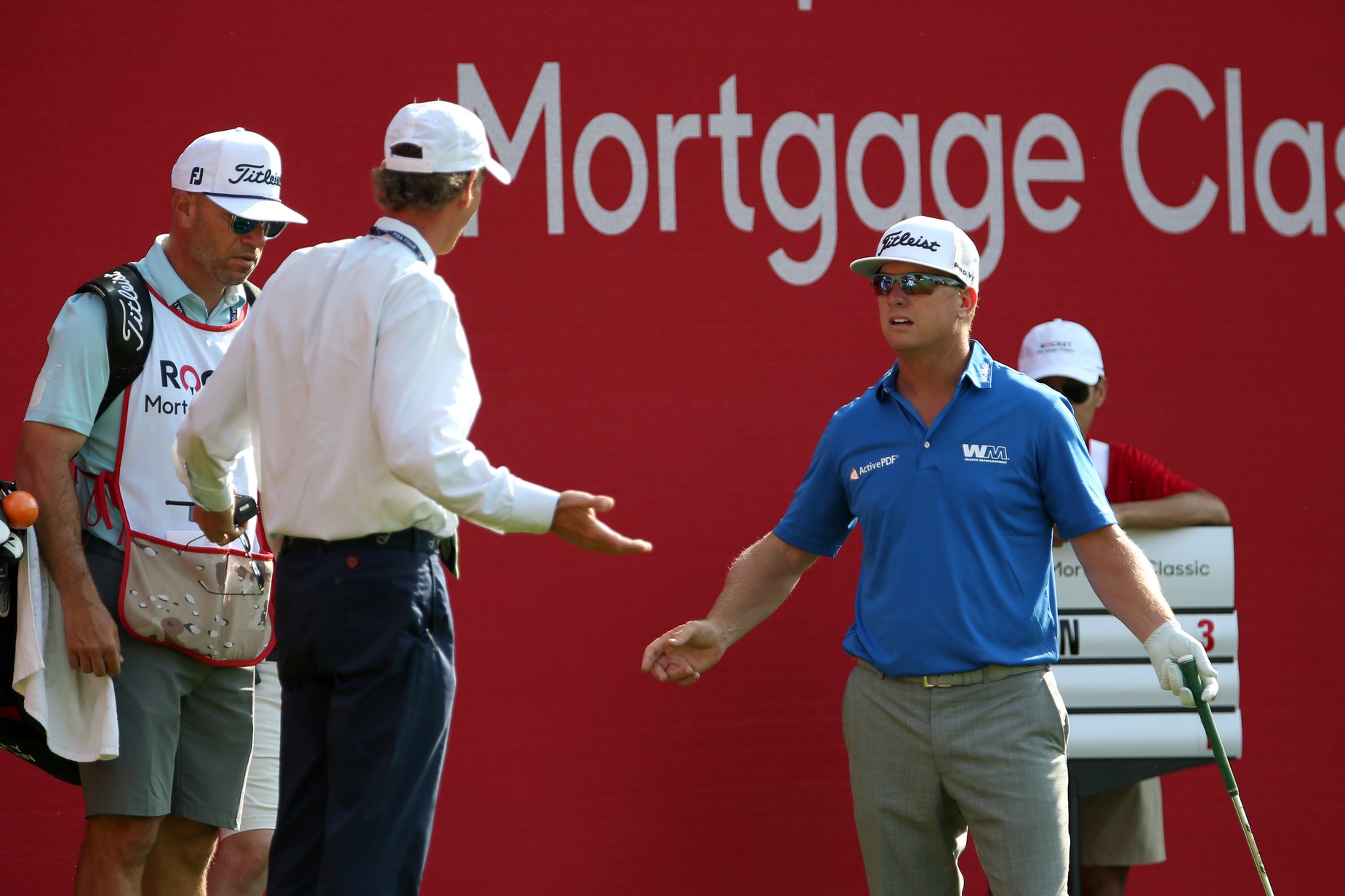 Blackburn: On tour? With a gun..and a shot clock! When you get away from the tour level, playing from the right tees is a big, big thing. So many players show up and play too much golf course for their skill. More swings take more time. Another trend is the swing stuff…People are more internal, thinking about their technique, instead of playing what’s in front of them. I challenge anybody reading this to an experiment. I don’t care what your handicap is. The next time you go play, play from one set of tees in front of where you normally would, and instead of grinding on your technique, just respond to the challenge in front of you. You’ll experience a whole different game.

A lesson from a recent winner

McLean: I’ve worked more than two years with Bo Hoag, who is going to the PGA Tour next year. We worked hard on his preparation around the ball. I’ve taught him to look decisive and be decisive. Ken Venturi taught me his three-step process, and I still use it and teach it. Aim the club, set the lead foot, set the back foot. Then waggle the club, look twice and go.

Dunigan: When I watch one of the tour guys going back and forth between clubs and debating with the caddie, I always think the same thing. Be decisive and commit! I’d rather the decision be wrong but the swing fully committed than the opposite. You really need to have a mental shot clock. Get three yardages. Minimum, maximum and the number for the target zone. That simplifies your choices compared to the front of the green, the back of the green and the pin.

How you can take action

Najar: If you’re playing with somebody slow, you can’t fixate on what they’re doing, because that just drives you crazy and makes you angry. You need to take some control and say, I see you’re not ready, so I’m going to go ahead and play.

Dunigan: The other skill you have to learn is how to know when to speak up—and you’ll have to do it at some point. You have to be nice but firm, and tell somebody when it’s time to pick up the pace.

Manzella: I want to see somebody like Brooks Koepka actually do that. Peer pressure, you know?