Should professional golfers be allowed to wear shorts? 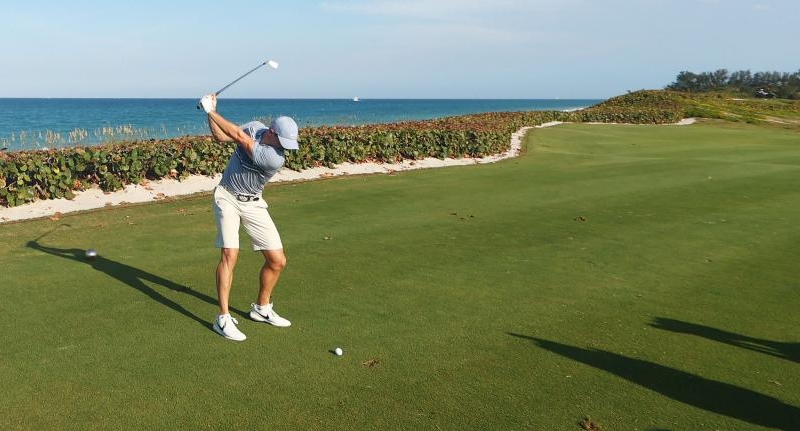 Daniel Rapaport: The history of golf fashion is an ever-evolving one. First there were knickers and ivy caps. Guys wore suits and ties and long socks. We eventually moved on to fluorescent colors. Plaid pants and argyle had their day. We’ve dabbled in baggy pants, mock turtleneck collars, and belt buckles big enough to adorn the grille of a Chevy. We’ve now progressed to an era in which—haters, please look away—PGA Tour players wear hoodies and joggers.

But there’s one line that hasn’t been totally crossed, at least not at the highest level of men’s professional golf: shorts. Players are now allowed to wear them during practice rounds for tournaments, but the top tours in the world still require their players to wear pants during competition. This, of course, is silly. Virtually all of today’s tour players are athletes by any definition. They have fitness plans and nutrition regimens. Athletes wear shorts. It sounds simple, but try to think of another sport that requires its participants to wear pants. There aren’t any. Actually, cricket does. But there’s a reason we don’t play that one in America.

I’ll allow my colleague to outline his defense of such an archaic restriction, but I have a hunch where he’s going to go with it: tradition, and professionalism. As far as tradition goes, there are no codified rules for what golf attire should look like, no innate veracity to the collared shirt-pants getup. If you picked up Erik van Rooyen and dropped him at the 1922 Open Championship, he’d look out of place. Things change. As far as professionalism, well, you (hopefully) saw Sunday’s TaylorMade Driving for Relief broadcast. All four players wore well-fitting, color-coordinated, good-looking shorts. It’s not like these guys would just throw on a pair of basketball shorts and wear them on Sunday at a major. Your thoughts?

E. Michael Johnson: My thoughts? Well, for starters baseball players wear pants last I looked. Funny pants, but at least not shorts, which makes it, well, cricket, in my opinion. Fashion does evolve. That doesn’t necessarily mean it’s a good thing (see: shirts, Ryder Cup, 1999 or pretty much anything John Daly wears). I mean, even Rickie Fowler was smart enough to realize those joggers and ridiculous shoes he was wearing were more fool-looking than cool-looking after a while.

To be fair, I’m not completely against the concept. Practice rounds? Have at it. I think seeing guys in untucked Hawaiian shirts at the Sentry Tournament of Champions is a nice change of pace and would not be offended in the least if shorts were OK for that event and the Sony Open in Hawaii. But just like the Zurich Classic and its team format or those godawful monotone NFL uniforms, let’s keep it to a select few events. The boys wearing shorts while playing Seminole this past Sunday was a perfect example. Absolutely the proper environment to do so. They looked like everyday Joes and that was fine. But at the Masters? Uh, no. Unless of course they’re lugging their own bag, zapping yardages with a rangefinder and cleaning their own clubs after the shot. Then I’m all in. 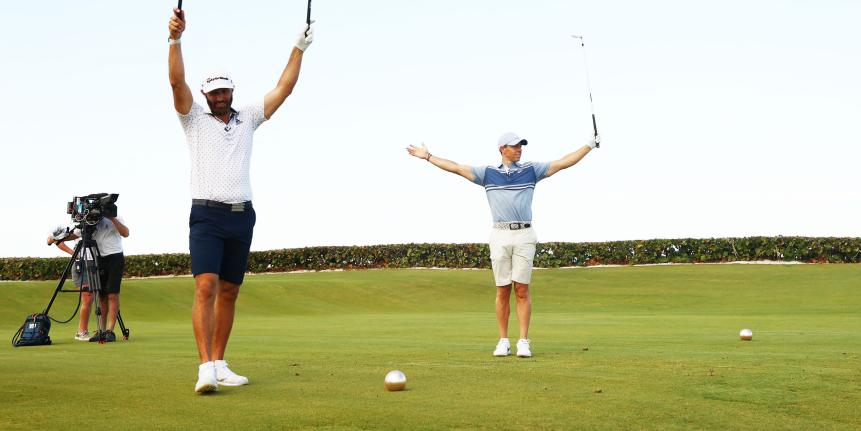 And while the high majority of the pros indeed take care of themselves, I don’t need a weekly update on Phil Mickelson’s calves. I also don’t need to see the Patricks (Reed and Perez) in shorts on a regular basis. I still haven’t gotten over these guys showing some skin a number of years ago. Some things you can’t unsee.

DR: I also don’t enjoy seeing the fat rolls that peek out the bottom of NFL lineman’s jerseys, but that’s neither here nor there. And I think you’d be impressed at those guys’ calves—you need some level of strength in the lower body to drive into the ball like all these guys do, so I hardly think it’d be a flab-fest. And even if it were, they have every right to choose pants and hide them. No one’s forcing shorts on anyone; we merely want an option.

It sounds like we’re not that far apart, that we both subscribe to a states rightsian approach here. I guess what I’m arguing is for a repeal of the blanket ban on shorts in competition. Leave it up to each tournament to decide. Heck, let them decide whether they want to allow shorts based on the forecast. No one’s better off wearing pants during a 100 degree, 90-percent humidity day in August in Missouri, as was the case at the 2018 PGA Championship.

EMJ: To be fair, I’ve actually played golf with Perez when he was wearing shorts and he looked fine so I wouldn’t want to unfairly denigrate a man’s calves. Especially when my personal quarantine diet sees bacon and vodka as two of the five basic food groups. 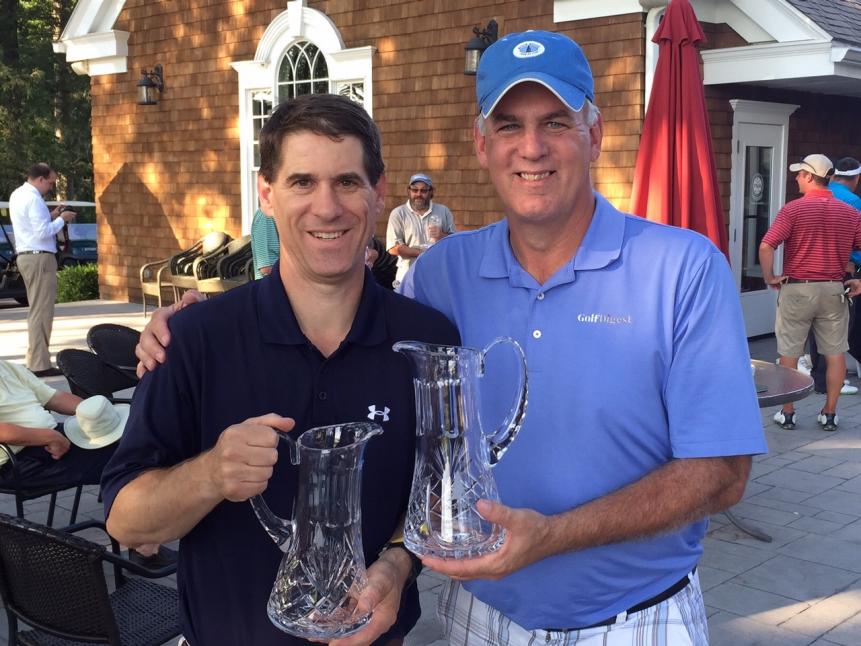 I can buy the heat argument. I was at Baltusrol for the 2005 PGA and that wasn’t fun. Southern Hills for the 2007 PGA was worse and who could forget Colin Montgomerie going full woolen slacks in Oakmont’s heat for the 1994 U.S. Open? Yuck. I’d simply prefer to see less than more in the shorts department. I do think there’s an optics issue when tour players too frequently resemble these two choppers who just won the member-guest (for the second time, I might add). There’s a certain sense of professionalism that comes with the long pants, which, by the way, have been improved greatly in terms of breathability and wicking traits. I mean, pre-pandemic I didn’t see you rocking the shorts at work, either (OK, it was March in New York so the weather not ideal, but you get the idea). I know golf is a game where we love that we can relate to the pros, but that’s because we aspire to be like them—it shouldn’t be them trying to be more like us.

DR: I see where you’re coming from on the professionalism argument, but I just don’t think someone wearing shorts looks unprofessional. I think they look like an athlete giving himself the best opportunity to succeed at his athletic endeavor. People who don’t like golf think there’s a general air of stodginess around the sport, and such a stringent definition of what defines “professionalism” certainly contributes to it. Perhaps it’s…wait for it…generational. Maybe I should just shut my mouth until I win a member-guest. Or two.

EMJ: Could be generational and you’ve made some fine points here my good man. And I certainly don’t want to come across as some geezer stuck in his ways because that’s not it at all. I think courses such as Cypress Point and Monterey Peninsula CC that ban their members from wearing shorts is a bit much. And as I’ve said, I see nothing wrong with the occasional showing of some unshaven leg on the PGA Tour.

So here’s a compromise: We set aside four or five events where shorts can be allowed all four rounds (a must being the WGC-FedEx St. Jude Invitational, which might be the swamp-butt capital of the PGA Tour—I still pity the person who had to wash Robert Garrigus’ pants from the final round in 2010). The rest, there has to be some sort of heat/humidity index threshold that if crossed allows the short pants to be broken out as well.

But there is one caveat I want put into the rule: Shorts are not allowed to be worn during the final rounds of these events. Here’s why: history. Think of the iconic tournament photos of all-time. Hogan’s 1-iron at Merion. Nicklaus’ “Yes, Sir!” putt at the Masters. Tiger’s putt-and-point at the 2000 PGA. Now picture these guys wearing shorts in those photos. You’re a lot younger than me, but I know you’re a true golf guy as well. Even you have to admit the history of the game would look a little different if that were the case.

Now let’s both go play some member-guest golf. In our shorts, of course.

Should match play be used at a major championship?

Ireland vs. Scotland: Which is the better golf destination?

Is Sergio Garcia’s career a success or disappointment?

Which golf rules need to go?