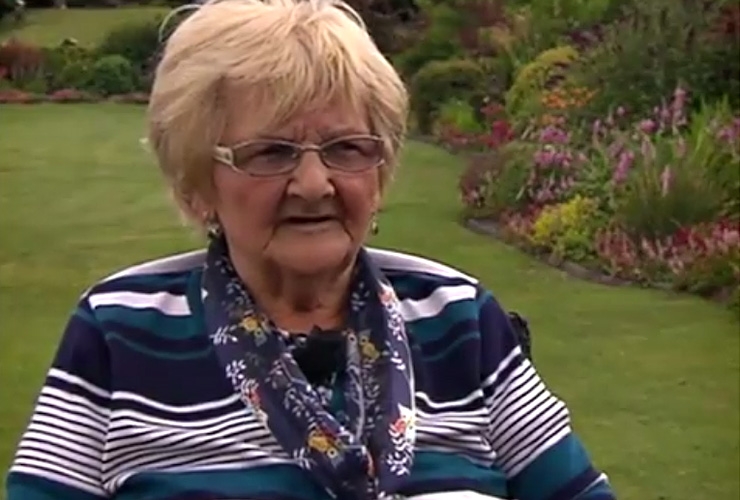 By Alex Myers
We expected great content to come from Shane Lowry’s claret jug celebrations in the wake of his popular six-shot win at the 148th Open Championship. And so far, so good. But the best thing to surface in the 24 hours since Shane’s maiden major victory came from an unlikely source: His grandmother.

RELATED: The story of the Open’s final round in 9 (or so) sentences

In an adorable—and hilarious—chat with RTE News, Emily Scanlon gushes about how proud she is of her grandson. But she also says that Sunday’s final round drove her to drink. And not in celebration.

When asked how it was watching the drama unfold, here was her fantastic response:

“Oh, terrible. Emotional now, it was,” Scanlon says. “I hadn’t slept last night. I hadn’t drank a brandy since 2009 and I drank two yesterday—it’s nearly killing me.”

Amazing. Here’s the (instant) classic clip that might be the greatest post-round interview in Open Championship history:

? 'I hadn't drank a brandy since 2009 – drank two yesterday, it's nearly killing me.' Emily Scanlon has spoken of the celebrations and of how proud she is of her grandson, Shane Lowry, as the Offaly man celebrates his Open success. Golf champion Shane Lowry and his family have been celebrating his win at Royal Portrush yesterday. The 32-year-old won the tournament by six shots ahead of Tommy Fleetwood of England. Lowry becomes the fourth Irish player to lift the Claret Jug in 12 years, after Pádraig Harrington, Darren Clarke and Rory McIlory. Celebrations continued last night at his home golf club, Esker Hills, in Tullamore. Details of his homecoming are expected to be announced later today. President Michael D Higgins described Lowry's win as both a personal and historic victory, saying he had brought pride and joy not only to sports fans around Ireland but to the Irish everywhere. #golf #portrush #shanelowry

So good. As you can see, Scanlon also tells a story about how young Shane “thought he was Tiger Woods” after winning a local junior event. What a great dagger from grandma. But, obviously, she was mostly ecstatic that her grandson is now a major champion.

Hopefully, she’ll get to sip some brandy from the claret jug next. In moderation, of course.