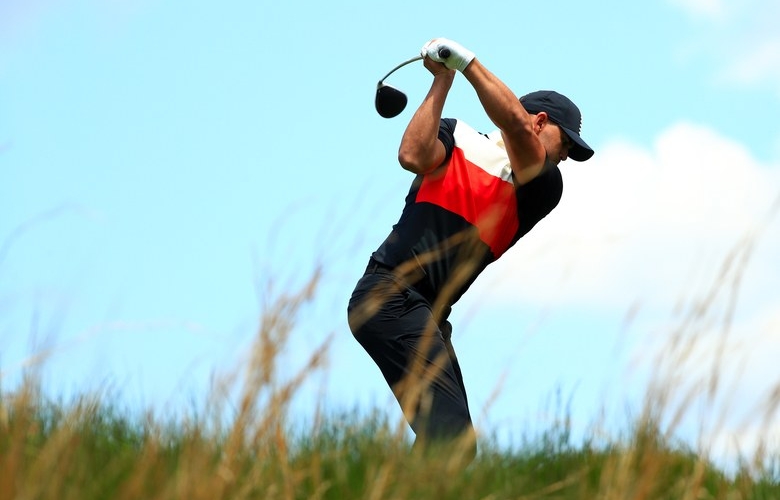 Mike Ehrmann
Brooks Koepka tees off on No. 7 during the first round of the 2019 PGA Championship at Bethpage Black.

By Alex Myers
FARMINGDALE, N.Y. — After getting an up-close look at Brooks Koepka’s latest major masterpiece on Thursday, Tiger Woods’ first reaction to the 63 that left the reigning Masters champ nine shots in the dust was that it should have been even lower.

“He played well. I mean, he hit a couple loose tee shots today that ended up in good spots, but I think that was probably the highest score he could have shot today,” said Woods, who probably felt the same way about his wild 72. “He left a few out there with a couple putts that he missed. But it could have easily been a couple better.”

Maybe so, but still, it was a 63. At Bethpage Black. In a major. Excuse us, but we’re going to focus more on the positives for a guy looking to win a fourth major in eight starts. And with that, here are seven numbers that show just how impressive what Koepka did on Day 1 was.

0: In reference to Tiger’s quote, Koepka shot his 63 despite not recording a birdie on any of Bethpage’s par 5s. Considering the course only has two this week (the pros play the No. 7 as a par 4), this isn’t a huge deal, but it speaks volumes that Koepka racked up seven birdies without taking advantage of arguably the course’s two easiest holes. Of course, it also helps when you make zero bogeys.

1: This is an easy one. By setting the course record, Koepka became the first player ever to shoot 63 at Bethpage Black.

3: That’s how many golfers have shot multiple 63s at major championships. With Thursday’s round, Koepka joined Greg Norman (1986 British Open, 1996 Masters) and Vijay Singh (1993 PGA, 2003 U.S. Open) on this exclusive list. Koepka’s prior 63 came in the second round of last year’s PGA Championship, making him the first player to pull off the feat in back-to-back years.

4: Koepka’s lead after the morning wave on Thursday. In other words, it wasn’t like everyone else out there was going low.

9: That’s how many shots Koepka beat both his playing partners (Woods and Francesco Molinari) by on Thursday. You know, the only two golfers not named Brooks Koepka to win majors in the past year.

10: That’s how many shots Koepka beat the average score (72.902 at the time of this post) on Thursday. Again, Bethpage Black, as expected, wasn’t playing easy.

35: That’s how many shots under par Koepka is over his last nine rounds in major championships, an average of just under four under per round and a scoring average of 67. If he keeps anything close to that up for three more days on Long Island, we’re going to have a lot more impressive numbers to talk about come Sunday evening.