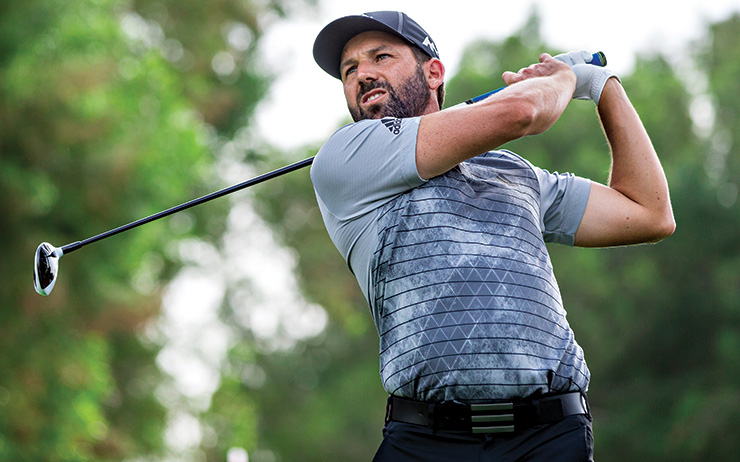 Sergio Garcia faced more questions about his fiancée than his golf game before the 28th Omega Dubai Desert Classic.

Does the will to win still flicker within, Sergio, or are you ready to ease into a life of wedded bliss with former Golf Channel reporter Angela Akins? The Spaniard, starting his 19th European Tour season, saved his best response for the opening round of the Desert Swing decider Thursday.

A fine seven-under 65 will see the 37-year-old take a one-stroke lead over Chilean Felipe Aguilar and South African George Coetzee into Friday’s second round. It seems the fire is burning just fine.

“The passion, it’s always there, and it’s easy to keep up,” he said. “You know, doing what we love and being as blessed as we are, being able to do it fairly well, it’s a great thing. So obviously the passion is easy to maintain.” 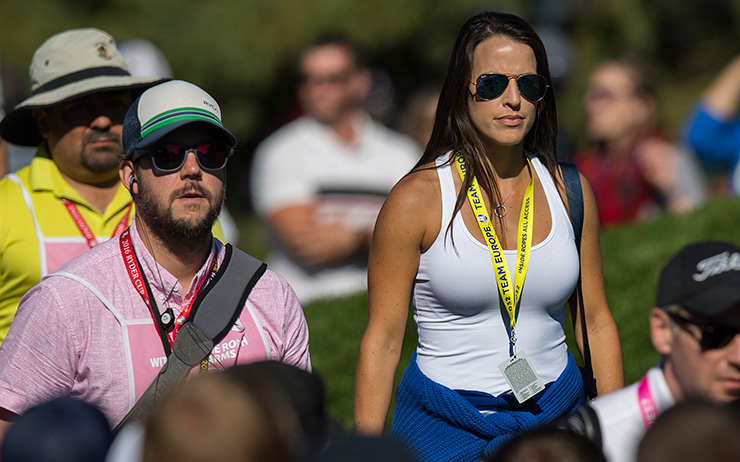 Garcia certainly did it well Thursday. Taking advantage of the calmer morning conditions, the winner of 11 European and nine PGA Tour titles mixed six birdies and an eagle three on the 3rd with a solitary bogey on his penultimate hole, the testy par 4 8th.

“Obviously it was a nice way to start. A good, solid round,” he said.

“It was getting a little bit tasty there at the end, the last five, six holes [as the wind whipped up]. So it was nice to be able to get it in on a good score. Tomorrow is supposed to be a tough day, so we’ll see.”

Garcia has pedigree in the desert after capturing the 2014 Qatar Masters but missed the cut the last time he played Dubai in 2015 and has not recorded a top-10 finish in seven starts at Emirates Golf Club. He looks set to put that right although a sand storm forecast Friday will make life tricky for everyone if
it eventuates.

Garcia, Henrik Stenson (68) and Tyrrell Hatton (72) are off the 1st at 12.25pm Friday, 10 minutes before Tiger Woods who needs an epic comeback within his comeback from injury after slumping to a 77 Friday, the worst of his 29 career loops of the Majlis. Hold onto your hats, perhaps literally.