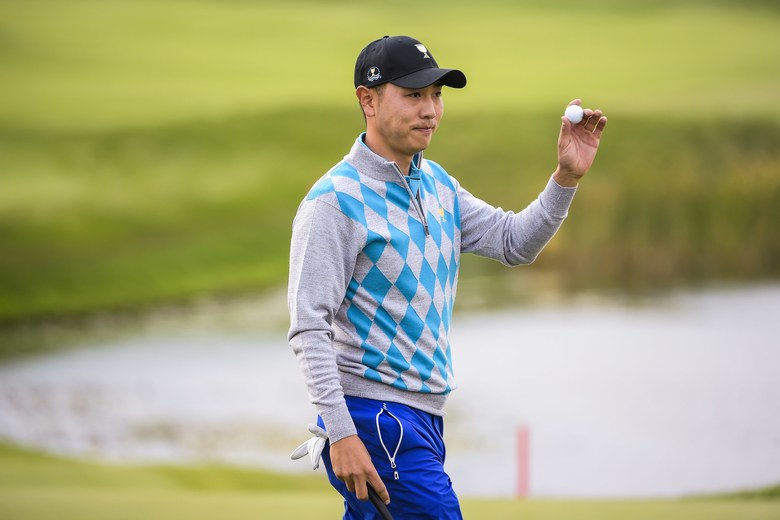 By Joel Beall
Two years ago, Sang-Moon Bae turned in the best season of his professional career, winning the Frys.com Open, accumulating nearly $2.6 million in earnings and competing for the International Team at the Presidents Cup, held in his native country of South Korea. Unfortunately for Bae, his homeland requires all males 18-to-35 to complete a two-year military commitment. After losing a court battle seeking a wavier, Bae was forced to set aside the sport for service.

However, on Wednesday Bae officially completed his duty as a rifleman in the army, and is making his return to golf at next month’s Shinhan Donghae Open, an event co-sanctioned by the Asian Tour and Korean PGA.

“Even though I didn’t get to play much, I grew to love golf even more,” the 31-year-old Bae said in a statement. He also mentioned he was able to keep in shape with weight-lifting and cardio workouts.

Though Bae and his team have not constructed a plan for the PGA Tour, he will have full status for the 2017-18 season through a Family Crisis and Major Medical exemption.

“I have a lot of work to do,” Bae said to Yonhap News. “I’ve been dying to play golf. I want to get some practice in and get into tournament golf. I’ve been dreaming of the moment when I find myself in contention for a title.”