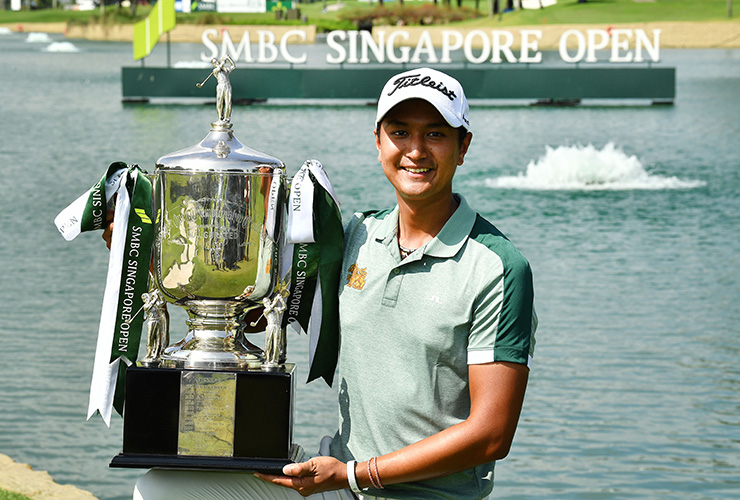 By Kent Gray
Sadom Kaewkanjana clearly missed the memo about golf being a difficult game. Perhaps it’s no surprise given he was purposely left off the mail bemoaning the curse of slow play too.

The final day of the Asian Tour’s elongated 2020-21 season, which paradoxically featured the SMBC Singapore Open twice in its limited eight tournament schedule and finished on Jan. 23, 2002 after spanning a smidgeon over three years due to the pandemic, clearly belonged to Kaewkanjana though.

A $225,000 payday for his second Asian Tour triumph was only the start of the biggest day of a career on a sharp ascent. Kaewkanjana also snared the first of four spots on offer for the 150th Open Championship at the Home of Golf in July – a wondrous opportunity money simply can’t buy. Kim, Katsuragawa and Korean-American Sihwan Kim snared the other coveted starts at St. Andrews. 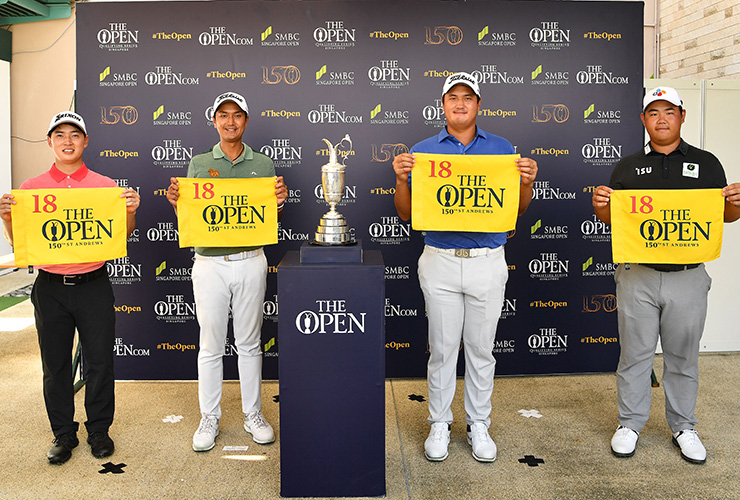 It will be a well-earned first major championship start for Kaewkanjana (presuming he doesn’t qualify for the first three majors of 2022) who has incredibly won five of his last 10 starts, including three wins on the All Thailand Golf Tour (ATGT) in little more than a month at the tail end of 2021. Indeed, his results since March last year are the stuff of golfing dreams: 2nd, 8th, Win, Win, 2nd, 2nd, Win, 2nd (and since the Asian Tour’s resumption) 2nd, 5th, 24th and Win. It has seen the 23-year-old rise 595 spots up the world rankings to a career-high position of 148th.

It seems Kaewkanjana has been in a hurry ever since he graduated to the Asian Tour via Q-School in 2019. He duly went on to win his very first start on the main tour at the Bangabandhu Cup Golf Open in Bangladesh that April – a graduation record.

The best bit about all the success is Kaewkanjana’s pace of play. His silky putting stroke is noteworthy but not as much as his ability to draw a club, pick a target and pull the trigger in roughly the same amount of time most players spend studying the wind and calculating the distance to be negotiated.

It’s refreshingly brisk and inevitably accompanied with a smile. And why not. Golf is a simple game the way Kaewkanjana is playing it as those set to spectate the $5 million Saudi International, the Asian Tour’s new 2022-23 season opener from Feb-3-6, will likely discover. 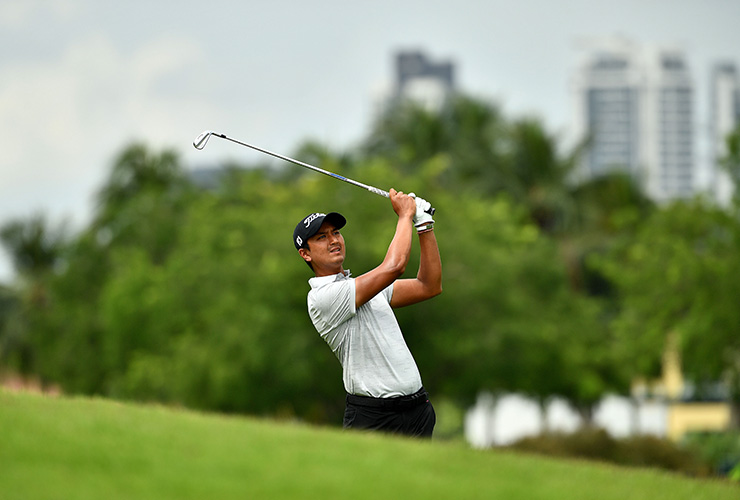 “I’m very excited and very happy to win this tournament,” Kaewkanjana said before revealing the well-hidden truth about trying to close out one of the most prestigious tournaments on the Asian Tour. He’d started the final round tied with Sihwan Kim on -11 and three clear of the other Kim, Joohyung. From there, Kaewkanjana barely put a speedy foot, much less a swing, wrong.

“On the final day it was not easy for me, a lot of pressure but I got it so happy.”

He could have fooled everyone watching on TV after playing the final 38-holes on Sentosa’s water hugged and sand-laden Serapong course bogey-free.

You make it look so easy, so uncomplicated. Seriously, Sadom, what’s the secret?

“I think just play happy and just enjoy the game, just live in the present and don’t worry about the results, just live shot by shot and small focus,” he said. “I have a lot of practice and a lot of hard work after COVID-19 so today’s result has made me happy.”

Another happy chappie is Joohyung Kim who finished the season Asian No.1 with $507,553.35 from eight starts – six of them resulting in top-10s. After becoming the youngest ever winner of the Korean PGA Tour OOM in 2021, the teen moved to a career-best world ranking of 79.

Just as exciting was confirmation of his Open ticket.  It marks the second time in succession that Kim has made it through to golf’s oldest Major via the SMBC Singapore Open as he finished fourth in 2020, the last time the prestigious event was played.

“I had the opportunity to play in The Open last year but could not because of COVID, so it means so much to have a second chance,” Kim said.

Kaewkanjana finished second, $128,581 adrift, with Aussie Wade Ormsby, who had led the OOM all season until Kim won the first leg of the Singapore Swing, finishing third after opting to tee it up in the Abu Dhabi HSBC Championship instead.

For all the highs on Sunday in Singapore there were stories of heartbreak too, led by Veer Ahlawat who had one of the four Open Championship starts in his grasp for much of the final round only to finish double bogey-bogey. The Indian eventually settled for a share of fifth, two shots out of the golden ticket zone.

Japan’s Naoki Sekito was also pipped by a tiny margin in the final OOM standings where the top-30 earned invites to King Abdullah Economic City for the Saudi International. Sekito was just $3,433 behind the lucky last qualifier for the Asian Tour’s new “flagship” event at Royal Greens Golf & Country Club, Thailand’s Suradit Yongcharoenchai.

Paul Casey, opting for Singapore over Abu Dhabi for his Slync.io Dubai Desert Classic title-defence tune-up, had a topsy-turvy week, finishing T-16 at -3, 10-shots behind Kaewkanjana.

Here’s the final leaderboard for the 2022 SMBC Singapore Open ⛳