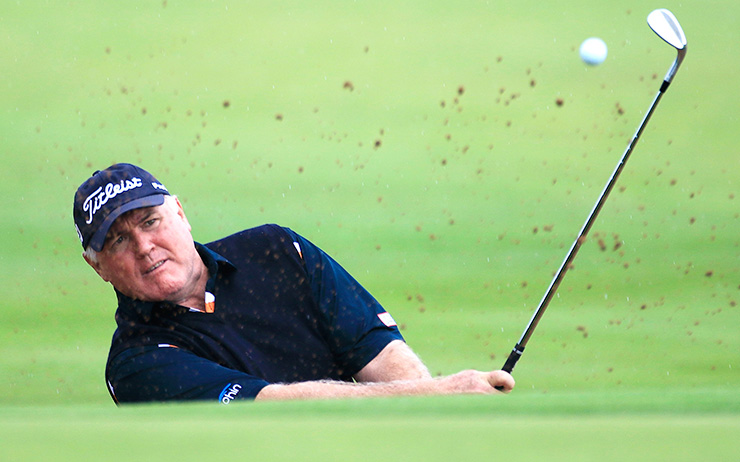 Ronan Rafferty is serious about winning the inaugural Sharjah Senior Golf Masters. Having fun trying is clearly a goal too.

The 53-year-old Northern Irishman is heading to the UAE early to mix business with pleasure as he prepares for the European Senior Tour season-opener, to be hosted by Sharjah Golf and Shooting Club from March 16-18.

“I have a daughter who lives in Dubai,” the former Ryder Cup star said. “So it will be good to see her and I’ll be heading over to Jumeirah Golf Estates to spend some time at the wonderful European Tour Performance Institute so I’ll be raring to go at Sharjah.”

It is believed the 54-holer is the first main tour event to be played on a 9-hole course. The Ulsterman knows, both as a third year Senior Tour player and from previous experience in Sharjah, that the desire to win while having fun needn’t be mutually exclusive.

“It’s a good course with some tricky greens but it doesn’t feel like a 9-hole course because you’re going in at a different angle on the ‘shared’ holes,” said Rafferty who described the European Senior Tour as “a bit like attending a series of old reunions”.

“The [Sharjah Senior Invitational] Pro-Am last year was a lot of fun and the banter between the players and spectators had everyone inter-acting with each other. That’s one of the features of the Senior Tour.  We’re all totally focused on winning but that doesn’t stop us sharing a few jokes and having a laugh with the galleries.

Rafferty was the European Tour’s No.1 in 1988 thanks to three wins that season, which earned him a place in the 1989 Ryder Cup at The Belfry where he captured a crucial point with a 1-up win over Mark Calcavecchia in the singles to help Europe to a 14-14 draw and successfully retain the Cup.

“The Ryder Cup has a fantastic atmosphere and let’s hope we can create some friendly noise at Sharjah next month,” the seven-time European Tour winner said. 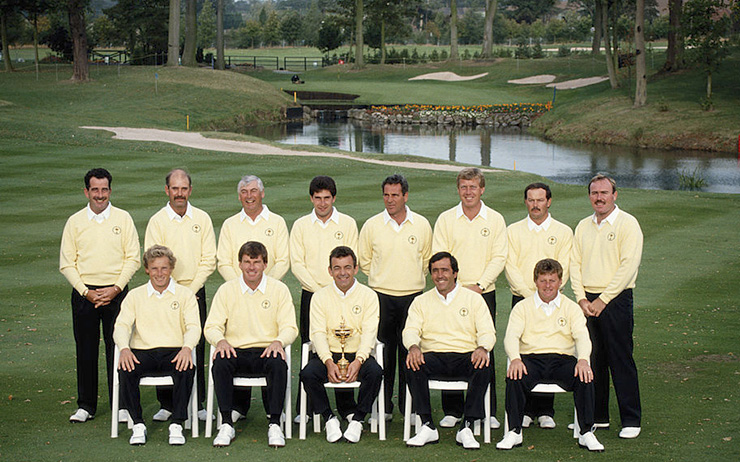 Rafferty (far right, top row) was a star of the 1989 Ryder Cup at The Belfry

“As Senior Tour players we’ve got to do everything we can to give spectators a reason to attend the event and join in and the two days of Pro-Ams on the Tuesday and Wednesday, prior to the main event on Thursday, Friday and Saturday, has all the hallmarks of an outstanding week of fun-filled top-class golf.

“It would be great if next month’s Sharjah Senior Golf Masters were to lead to another Senior Tour event in the region.”

Entry to the tournament, the first European Senior Tour event in the UAE since 2000 and to be held under the patronage of His Highness Sheikh Dr. Sultan bin Mohammad Al Qasimi, Member of the Supreme Council and Ruler of Sharjah, is free.