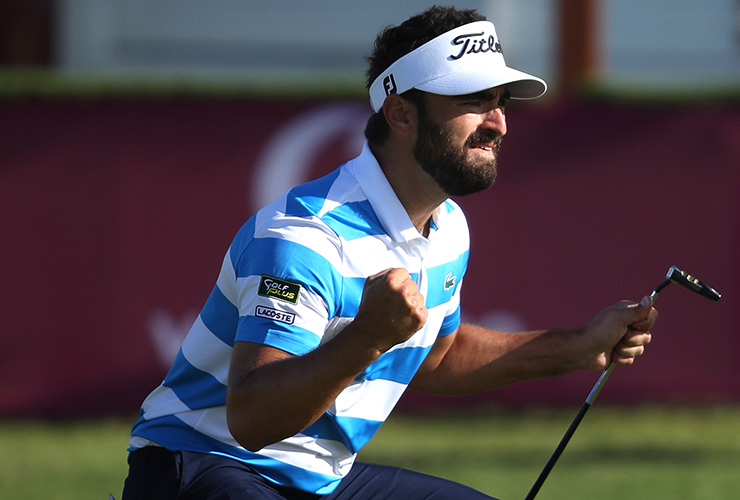 By Kent Gray
Antoine Rozner has gone from a promising Challenge Tour graduate, to a rookie season winner, to a two-time European Tour champion in a mere flash. If you’re still a little unsure of the Frenchman’s credentials, don’t worry, Rozner has a cunning plan for that too, a sure fire way to convince you he is more than a journeyman in the midst of a purple patch.

Rozner won by a stroke from Guido Migliozzi, overnight leader Darren Fichardt and Gaganjeet Bhullar for his second win in six starts, just three months after his European Tour breakthrough at the inaugural Golf in Dubai Championship at Jumeirah Golf Estates in December.

What’s next? By Rozner’s own admission, a place in Padraig Harrington’s team for the rescheduled Ryder Cup matches at Whistling Straits in September is still a distant dream but that doesn’t stop it being a dream all the same.

“The Ryder Cup in Paris… I was there every day. That’s a dream for me, to compete in one,” said Rozner who climbed 27th places in the European Ryder Cup rankings courtesy of his €190,836 payday that is set to see him climb inside the world’s top 70.

Talking of a long way to go, how about Rozner’s putt on the last to seal a closing 68. Check it out:

“I was just trying to hit a good putt,” said Rozner who graduated from the 2019 Challenge Tour with two wins on the secondary tour.

“I knew two putts would be very important, I tried to get a good speed first. I thought I had a good read on it, then 15 feet short I was like ‘oh, this is going to have a chance’. I kept looking at it and it went straight in the hole – the best putt of my career. Amazing feeling.

“Winning a golf tournament is the best feeling in the world so getting it done this way, with such a big putt on the last, I don’t know what to say but in my biggest dreams I wouldn’t have thought of anything like this. Crazy run today.

“Winning a golf tournament is so rare – to win twice in just a few months is unreal. I’m just very happy with the way I got it done today in such a dramatic fashion, it’s amazing. I’m very happy.”