Roussel after Challenge Tour breakthrough: “It’s obvious that my winter on the MENA Tour put me on this great dynamic” 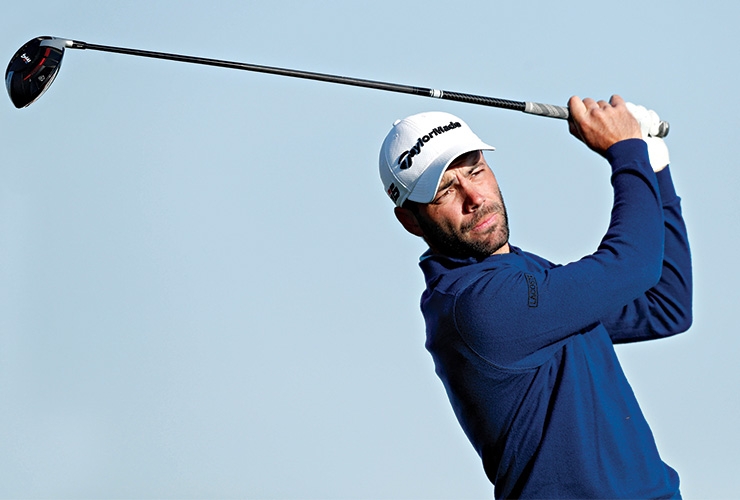 The 25-year-old Frenchman played the final 36 holes of the Hauts de France – Pas de Calais Golf Open bogey-free to continue his dream start to the season in Europe’s second tier; the €30,400 victory at notoriously tricky Aa Saint-Omer Golf Club was his fourth top-10 in six starts.

Roussel is now up to fourth in the Challenge Tour standings and on track to secure one of the 15 places in the Order of Merit standings that guarantee automatic graduation to the European Tour next season.

“It’s a very special feeling, I don’t have the words right now,” Roussel told said afterwards. “I just enjoyed the moment so much and the crowd so much. They’ve been very, very supportive all week long. It’s such a great feeling. No bogeys all weekend, I didn’t think about it, but I feel like I just played perfectly.”

Congratulations to @RobinRoussel, winner of our Troon Series – Royal Golf Club Bahrain Open, who played bogey-free over the weekend at the tough Aa Saint-Omer Golf Club to win his first title on the @Challenge_Tour. Well done Robin and here’s wishing you many more in the future. pic.twitter.com/iklfNOvyAv

Roussel is clearly determined not to waste the lessons learned during the MENA Tour’s spring-swing earlier this year, including a breakthrough victory at the Troon Series-Royal Golf Bahrain Open in March which secured an invite to the European Tour’s Maybank Championship in Kuala Lumpur.

Currently second on the MENA Tour OOM behind Matthew Baldwin, the Paris-born, Cannes-based Frenchman talks to Golf Digest Middle East about how his wary entry to the regional developmental circuit has made way for respect and awe at the opportunities offered by the those tasked with making it the best little mini-tour in the world.

A friend told me about the MENA Tour last season but it was too late to get in the 2018 season so I just decided to wait until the 2019 tour. I didn’t really know what to expect, to be honest. I was a little nervous because it was the first time I would travel in this part of the world and I did not know the organisation of this tour. But now I know that MENA Tour team is absolutely perfect from A to Z and I’m 100% confident in playing in a MENA Tour event now.

You can’t really compare it with the other mini-tours. It’s totally different. I’ve been playing only for a year on the Alps Tour but what I can say is that the MENA Tour is closer to European Tour / Challenge Tour conditions than any other mini-tours. On the MENA Tour, you’re playing for more money, the courses are better and in a better shape, greens are way faster. The field of players is tougher. The organisation is bigger with official hotels, deals for accommodation, food and travel companies. But most importantly, this tour has big opportunities. You can get many invites on the Challenge and European Tours. That reality has been a fantastic surprise compared to what I thought this journey would be.

Before the win in Bahrain, as a pro, I’ve never been able to close a tournament when I had the opportunity to win it. This win proved me that, yes, I’m able to hold a 3-4-5 shot lead going into the last round. Now I know I’m able to get over the pressure of being at the top with some lads chasing me. It was a great feeling heading into the start of the Challenge Tour season.

I’m so grateful to the MENA Tour for the opportunity to play at the Maybank Championship, my first full European Tour start. It was such a great experience competing in one of the biggest fields on the European Tour schedule but also in the best field of the Asian Tour season. Even if conditions were really hard and I was a little tired from my five past weeks on the MENA Tour, that week in Malaysia was great. I learned a lot from other players, from this tough course, but also about myself. I didn’t play my best golf and I missed the cut by one stroke so next time I’ll be competing on the main tour I can trust myself and start the tournament with the same goals and expectations as I had at MENA Tour events.

It has been a great start to the Challenge Tour season so far but I must stay very careful because this game can be so cruel and crazy. I know that three top-10s to start is a good start [made better by his win this past weekend] but I also know that it is still a long way to reach main tour next year. But this start pushes me to work harder and harder.

It’s clear and obvious that my winter on the MENA Tour put me on this great dynamic. I just had to keep the same routine and attitude at my Challenge Tour events. I just feel like my season has started three months and nine tournaments ago [including the five MENA Tour starts]. The dynamic is so much easier to catch.

Making the top-15 of the Challenge Tour is the final goal, yes, especially after my week in Malaysia. On the European Tour, everything is put together to push you to show the best of you. This is such an amazing feeling, the great atmosphere when you’re on the range or the putting green, working with Ernie Els right next to you. You’re just telling yourself ‘ok this is where you want to be and this is where you have to be in the future’.

I don’t really know how many MENA Tour events I’ll play in the second half of the season. It depends on which tournaments clash with Challenge Tour events. But what is sure is that anytime I’m able to get back on the MENA Tour, I’ll be there. I loved it.  Really.

Aces Trump the ordinary at the Dubai club the President built