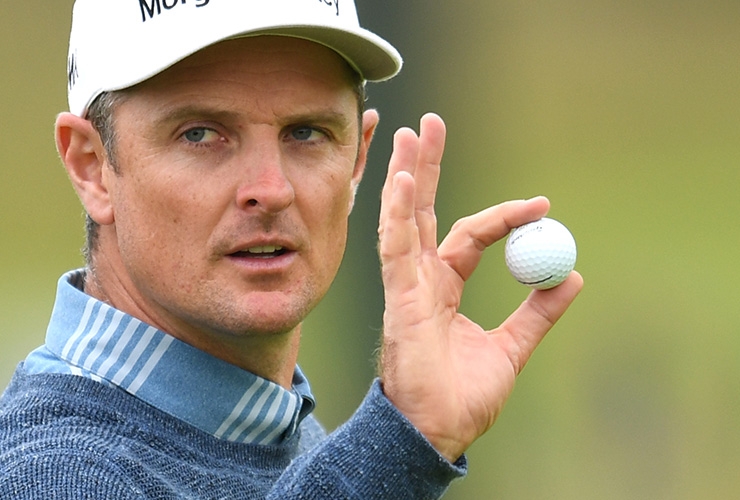 By Joy Chakravarty
Justin Rose is excited about the possibility of joining the select club of Nick Faldo, Ian Woosnam and Colin Montgomerie as the only players to have won the same tournament three times in succession but is unsure where the achievement would rank in his illustrious career.

The world No.8 won the Turkish Airlines Open in 2017 by one shot and emerged triumphant in a play-off against Haotong Li last year at Regnum Carya just down the road from this year’s venue, the Montgomerie Maxx Royal.

“You talk about doing things for the first time in your career, you don’t get the opportunity to do that very often, so three-peat would clearly be a first for me,” said Rose, the highest ranked player in the $7 million Rolex Series event.

“To win the same event three years in a row would be incredible. It would be a huge honour to join that seriously illustrious list and something I’m keenly aware of. I am going to enjoy the challenge to try and do. It’s definitely a focus for me and an inspiration.”

The 39-year-old Englishman has won a major, an Olympic gold, two WGC titles and also been the No1 player on either side of the Atlantic in a career that just seems to be getting better with age. A three-peat would just add to his already impressive CV.

“I think it is just one of those things that you don’t necessarily rank. I think winning the major championships, that’s where you really have to absorb the pressure and really you get asked the most questions of yourself when you’re sort of trying to win those tournaments that you’ve dreamed about as a kid,” said Rose.

“I think a three‑peat, so to speak, is something that sneaks up on you. Obviously, now the third time, the pressure becomes probably a little bit more because it becomes a bit more than just the tournament itself. You’re trying to achieve something for the first time.

“To rank it is very hard to do. It’s one of those little asterisk moments in your career, where you actually did win three tournaments in a row. It’s just a cool moment.”

Rose said the task becomes even more difficult at a different venue, even though he played good enough to finish tied third alongside Tiger Woods when the inaugural edition of the tournament was held at the Montgomerie-designed course in 2013.

“When you switch venues, that’s probably more difficult to do,” he explained.

“With major championships, you can get one Augusta specialist who has a great opportunity to win there year‑in and year‑out because the course suits their game. But winning at Royal Portrush and going to Royal St George’s is a completely different animal for example. It is very difficult to win major championships consecutively and multiple times.

“Obviously, that’s the one unknown factor for me this week. I have played here, but as long ago as 2013. When you win back‑to‑back on a certain golf course, you’d rather it was the same venue.

“But definitely something in the water here in Turkey. I really enjoy being here. I think it’s sort of the weather, and the style of golf is really nice here, too. You’d liken it to Sotogrande, Valderrama…tree‑lined and really, really fun golf. Courses are always in great condition and I like the overseed sort of style of the rough and the surrounds this week.  We shall see.”

Rose had been critical of the new schedule in the past, voicing concern about the four majors being played in four months. The 2020 schedule is going to be even tougher, considering it being the Olympics and Ryder Cup year.

However, he changed his tune slightly and said: “It is condensed and I was maybe critical of the major championship schedule this year in terms of saying that  I feel like they are all just lumped together and we aren’t able to focus on them individually.

“I’m just going to try to keep my game at a level and just sort of roll through the season and try and just focus on that, rather than in the past when I have always tried to wave the peak and trough and try and hit it at the right time.

“But thinking about it, the best you can do is six weeks between the majors. So four to six…I mean, as a pro, that is quite a big difference with the peak and the trough, but it is not completely different. You can’t have three months between each major geographically with weather and all other things. I kind of changed my opinion on it a little bit when I sat down and thought about it.

“And we are independent contractors. That’s the difference between us and football. No one is telling me I have to play anywhere. So, if I make bad decisions, it’s my problem.”

Rose has been paired on the opening day Thursday with reigning Open champion Shane Lowry of Ireland and the current Race to Dubai leader, Austria’s Bernd Wiesberger. They tee off at 12 noon local time (1300 UAE time).