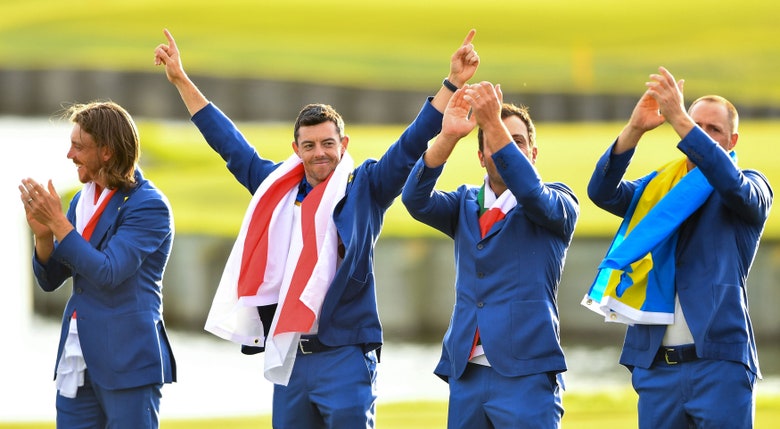 By Daniel Rapaport
A general consensus seems to be forming among PGA Tour stars: a Ryder Cup without fans is not worth having at all.

World No. 1 Rory McIlroy became the latest high-profile golfer to come out against a fan-less Ryder Cup, which PGA of America CEO Seth Waugh said is a possibility given the COVID-19 pandemic.

“A Ryder Cup without fans, it’s not a Ryder Cup,” McIlroy said in an Instagram live session with TaylorMade Golf. “For me, I’d much rather they delay it until 2021 than play it at Whistling Straits without fans.

“That’s from a European, going to America, knowing that I’m going to get abuse. Obviously it would be better for Europeans to play without fans because we wouldn’t deal with some of the stuff that you have to put up with, but at the same time, it wouldn’t be a great spectacle. There would be no atmosphere. So if it came to whether they had to choose between not playing the Ryder Cup or playing it without fans, I would say just delay it a year.”

In releasing its revised schedule last week, the PGA Tour announced fans will not be permitted for at least the first four events after play is scheduled to resume June 11 at the Charles Schwab Challenge at Colonial Country Club in Fort Worth. The first event where fans could be in attendance would be the John Deere Classic in Silvis, Ill., which is set to begin July 9.

The Ryder Cup remains in its originally scheduled date of Sept. 25-27 at Whistling Straits in Kohler, Wis. The Telegraph first reported that the PGA of America and the European Tour, which co-sanction the Ryder Cup, were considering staging the event without fans. Waugh confirmed to WFAN radio that there have been such discussions. 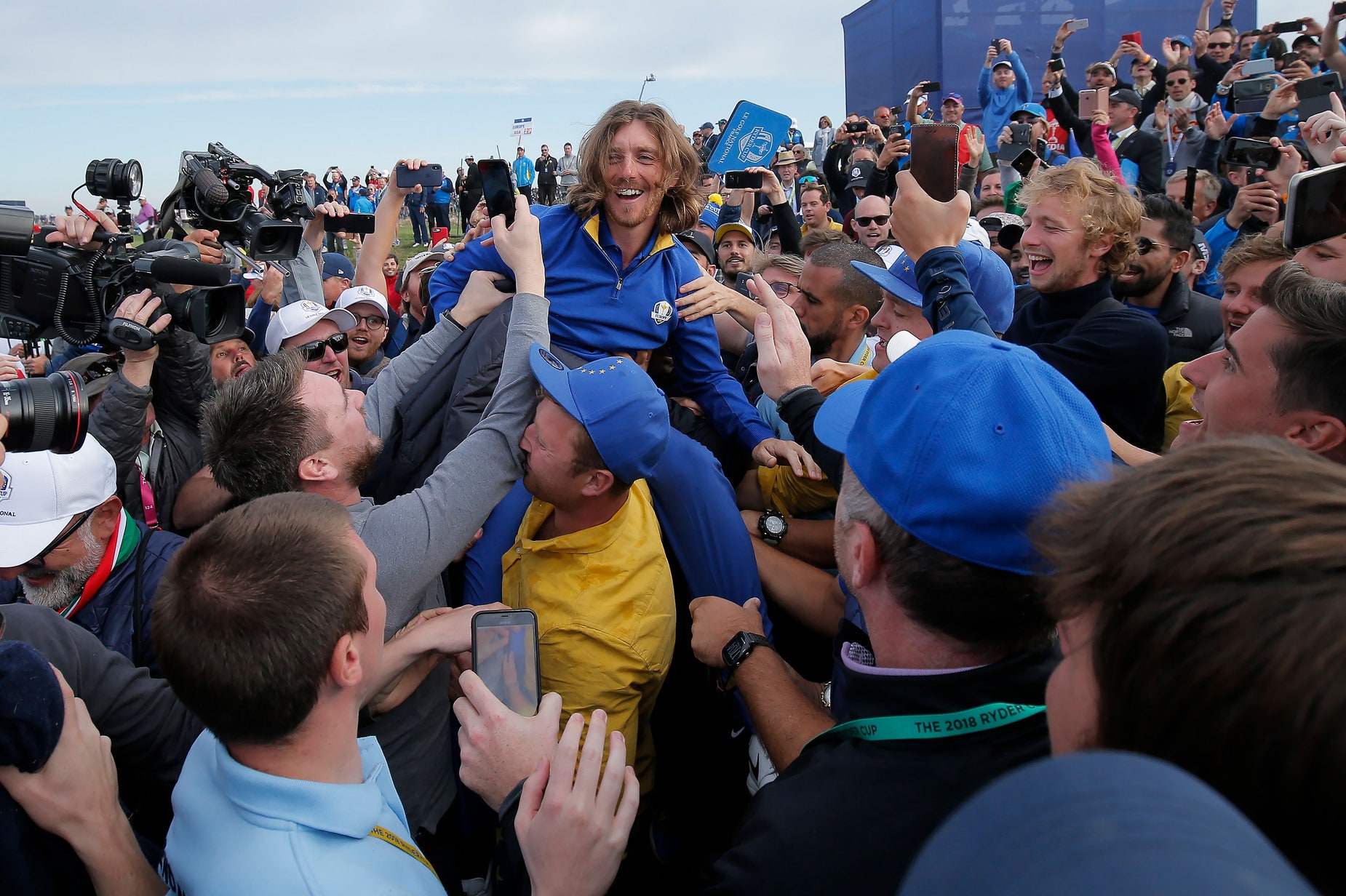 Tom Jenkins
Fleetwood is carried off by fans after Europe claimed the 2018 Ryder Cup title.

The sample size remains small, but the early returns on that proposition are not positive.

“It doesn’t seem right,” Tommy Fleetwood, who went 4-1 in his first Ryder Cup appearance in 2018, said in an interview with the Golf Digest podcast. “It sounds strange to have a Ryder Cup [without fans], which I think so much of what makes that event what it is … you talk about guys that have played the Ryder Cup and they talk about not being able to put the ball on the tee, or the feeling that they have.

“Is the pressure the same [without fans]? I don’t think it can be if nobody is there. That’s what makes it. Sixty, Seventy thousand people watching and there are only four groups on the golf course. It’s amazing, and it massively makes the Ryder Cup what it is.”

Jim Furyk, who played in nine straight Ryder Cups from 1997-2014 and captained the losing American side at the 2018 Ryder Cup, said playing the biennial matches in front of no spectators would be “disappointing for all the players.”

“Not just for the U.S. players, who would have the bulk of the support,” Furyk said on the CT Scoreboard podcast, “but even for the European players. We enjoy going to Europe, and we know the cheers are gonna be greater for them. But I think all the players, all 24 kind of feed off that energy and that excitement. That energy is what creates a lot of the shots you see and a lot of the emotion you see out the players.”