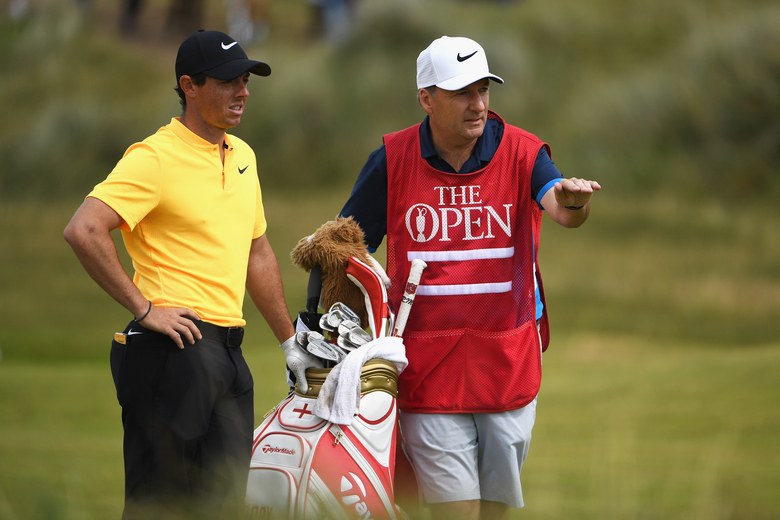 By Joel Beall
Rory McIlroy parted ways with longtime caddy J.P. Fitzgerald on Monday, a week after the pair finished T-4 at Royal Birkdale. The four-time major winner has not announced his new loop, but we do have an idea on the short-term replacement.

According to the Telegraph, McIlroy has tabbed friend and businessman Harry Diamond to be on the bag this week in Akron at the WGC-Bridgestone Invitational. Diamond is also expected to be with McIlroy at next week’s PGA Championship at Quail Hollow. While sources say it’s a temporary move, others have speculated the pairing could last longer depending on the performance of the next two weeks.

Diamond is a childhood friend of McIlroy’s, playing on the same Ulster youth team and going on to represent the Irish senior team. He was reportedly McIlroy’s best man at his recent wedding.

RELATED: Why Rory McIlroy’s caddy switch is something we should have seen coming

He’s also been on McIlroy’s bag in the past, once at the 2005 Irish Open when Rory was an amateur and again during McIlroy’s rookie season.

The Telegraph notes that McIlroy’s split from Fitzgerald — who gained notoriety during the Open Championship for delivering an in-round pep talk to McIlroy — may possibly stem from a wrong club selection during the tournament’s final round, one that ultimately led to a double bogey.

McIlroy is scheduled to speak to the media on Wednesday at Firestone C.C. Though he hasn’t won since last fall’s Tour Championship, Rory is one of the favorites at the PGA Championship, thanks to two wins, a runner-up and six top-10 finishes in seven appearances at Quail Hollow’s Wells Fargo Championship.