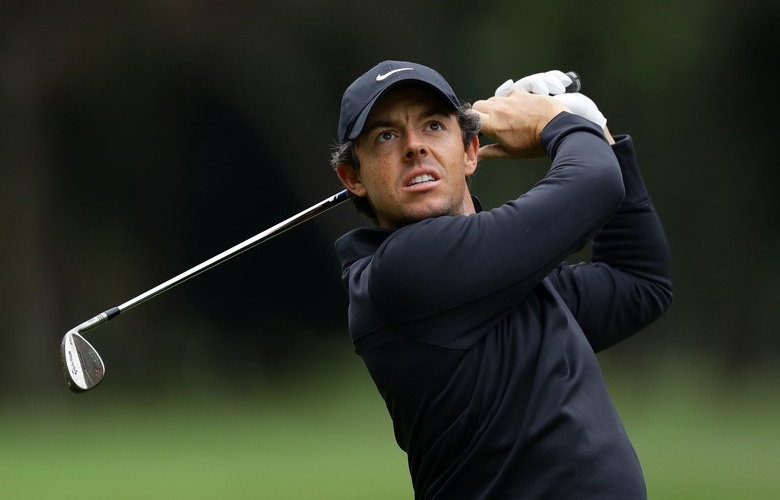 By Ryan Herrington
With his appearance at MGM Resorts The Challenge: Skins Game on Monday, Rory McIlroy was playing for the first time since Brooks Koepka made headlines a week earlier for brashly down-playing a potential rivalry between the two golfers.

“I’ve been out here for, what, five years. Rory hasn’t won a major since I’ve been on the PGA Tour,” Koepka told AFP ahead of last week’s CJ Cup @ Nine Bridges.”So I just don’t view it as a rivalry.”

If McIlroy was upset with Koepka for his comments, Rory did a nice job hiding his anger when asked about them by GOLFTV’s Henni Zuel while walking up the 12th hole during The Challenge.

“I think it’s hard,” McIlroy said. “We all get asked about it in press conferences, about other players where it’s ‘Why are these guys asking me about someone else? Aren’t we supposed to be here to talk about me?’ And what Brooks said wasn’t wrong. He’s been the best player for a couple years, four majors. I don’t think he had to remind me I hadn’t won one in a while, but you know.”

The last sentence came with a smile, McIlroy’s expression underlining the joke that he was making at his own expense.

McIlroy, the World No. 2, went on, however, to suggest that he does look at Koepka, the World No. 1, as a rival of sorts, no doubt given Koepka’s recent run of great play and the fact that Koepka has beaten McIlroy head-to-head.

“I said a couple of things after the Tour Championship in terms of I approached that final round like a little bit of a rivalry because he got one over on me at Memphis and I sort of wanted to get him back,” said McIlroy, who went on to beat Koepka at East Lake in August to claim the FedEx Cup title. “I think that’s good for the game.”

But to be clear, McIlroy reiterated that he and Koepka have no issues when one another. Or at least he has no issues with Koepka.

“I think if you take what Brooks said out of context, then obviously it can be this big thing that it had become,” McIlroy said. “But Brooks and I are good. We’re good friends. I’ve been really happy for him to see how good he’s played the last couple of years. And I’m sure he’ll continue to do so just like we’re all trying to play as good as we can.”