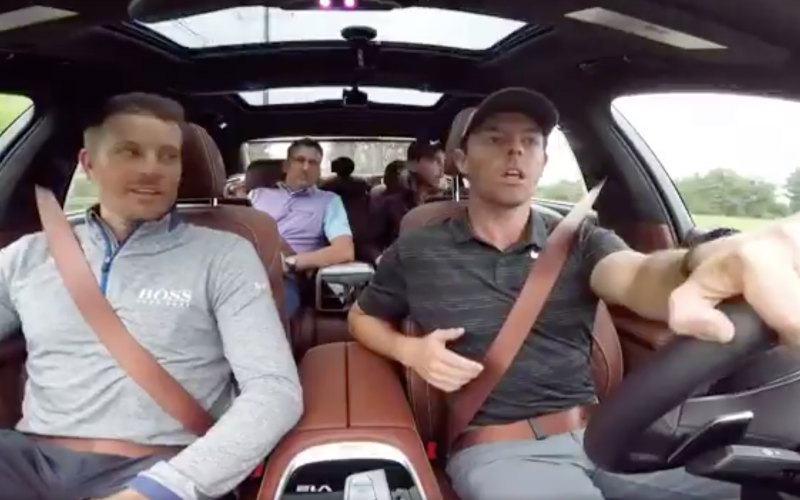 By Alex Myers
As good as Rory McIlroy is at driving a golf ball, he might be just as good at driving a car. The four-time major champ safely chauffeured around three of his Ryder Cup teammates after the third round of the BMW Championship while making a prank call to captain Thomas Bjorn. Oh yeah, McIlroy is apparently pretty adept at prank calls as well. The guy is a sneak-good actor on the phone.

Watch and listen as McIlroy asks the captain about getting $20,000 cryotherapy chambers for everyone on the team heading to France later this month. McIlroy tells Bjorn that they could provide the squad with an edge because they’re great for recovery, but adds they’re also good for weight loss, a line that particularly cracks up CoolSculpting pitch man Ian Poulter in the back seat. Check it out:

McIlroy’s crack about major champs (He and Henrik Stenson) sitting in the front and everyone else (Poulter and Tommy Fleetwood) sitting in the back was also pretty good. As is Stenson’s line to Fleetwood about Ryder Cup rookies getting to play some golf early that week was fantastic. Poor Fleetwood, guy had just shot a second consecutive 62 at the BMW Championship and yet he was getting treated like a total scrub.

Anyway, the moral of all this? If Rory McIlroy calls you up, watch out for that guy…