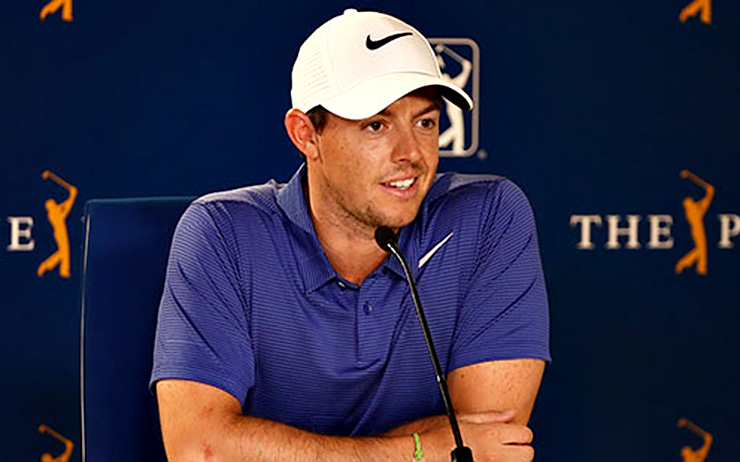 By Alex Myers
What’s Rory McIlroy looking for in his next longterm caddy? One comedic impressionist shared his thoughts in the four-time major champ’s voice, and the results are hilarious.

Steven Connolly had the brilliant idea of dubbing over a McIlroy press conference from last week’s PGA Championship in which Rory answered questions about his next bag man following the firing of longtime looper J.P. Fitzgeraled. Instead of giving serious answers like McIlroy did, Connolly came up with his own, um, creative set of criteria. And the phrase “spot on” doesn’t even do the video justice. See it, an more importantly, hear it for yourself:

The entire two-minute clip is brilliant, but a few lines stand out. Like:

“If I tell you a joke on the golf course, I expect you to laugh. I tell jokes for a laugh, and if I don’t get a laugh then I’m just telling a story. And I don’t like stories, I like jokes.”

Fair enough. Who hasn’t force a laugh to please the boss? And. . .

“Always pack me a Twix in the bag, and not a fun size or a snack size, but a regular one.”

Can’t argue with that. The small ones just don’t get the job done.

And in case you’re wondering, this guy isn’t a one-trick pony. The Dublin-based Connolly also pulls off Padraig Harrington in this imagined phone call from Sergio Garcia after the two reportedly patched things up at Rory McIlroy’s wedding:

And he does a mean Graeme McDowell in this video that hawks a fictitious piece of golf apparel called “The G-Mac G-String”:

Keep the impressions coming, Steven. And to Rory’s potential next caddies, better start brushing up on your bedtime stories.