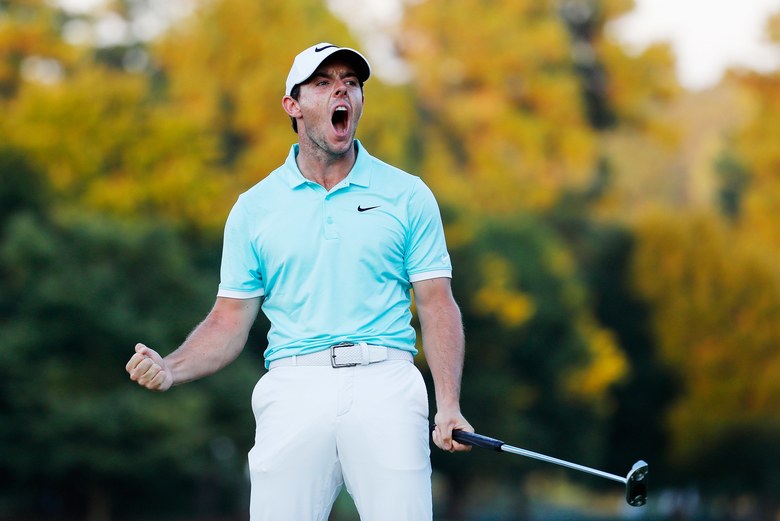 Rory McIlroy may have missed the cut at Erin Hills, but he’s leaving Wisconsin a winner.

McIlroy fired a one-under 71 on Friday, but it was not enough to overcome the 78 he posted on Round 1. McIlroy was far from the only star to suffer at the U.S. Open, as Dustin Johnson, Jason Day and Jon Rahm also failed to reach Saturday play.

Words that didn’t sit well with McIlroy, who promptly fired back.

More like 200mil… not bad for a "bored" 28 year old… plenty more where that came from. pic.twitter.com/R2nigEaee7

Sure, a screenshot of your Wikipedia page is a little cheesy; then again, when your page has as many accomplishments as McIlroy’s, you can do whatever you damn please.

Elkington tried to respond by claiming Jack Nicklaus never discussed his earnings, but at that point, Elk was on the canvas and the judge had called for the bell, raising Rory’s hand as victor.