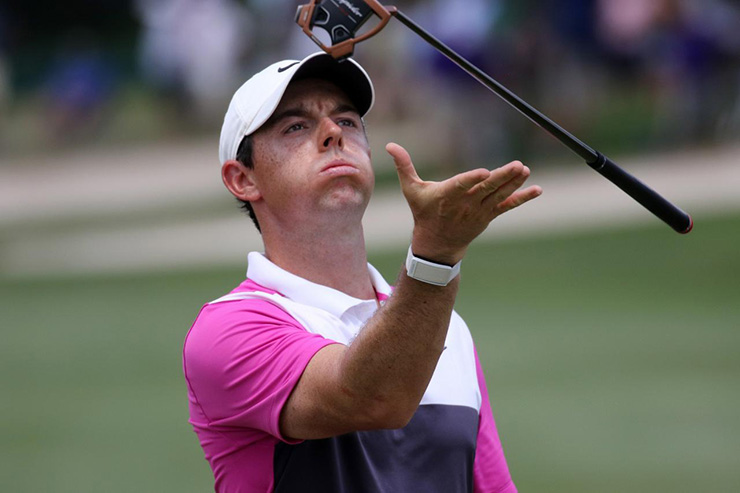 By John Huggan
My initial, knee-jerk reaction to Rory McIlroy’s “this going to sound bad; I’m just going through the motions” comments at last week’s Northern Trust event was, I suspect, the same as that of most people.

“Come on Rory,” I thought. “You’re playing for millions of dollars. Are you so spoiled that even silly sums of money aren’t enough to get your competitive juices flowing?”

But, as so often in life, second thoughts are an improvement on their predecessors. For one thing, Rory should be commended for a level of public honesty that is almost unique amongst his peers. And for another, he displays that admirable trait—drilled into him early in life by his parents, I further suspect—even when speaking out is of no benefit, tangible or otherwise, to himself.

So it is that, upon further review, I was struck by how profound Rory’s comments were.

“Sometimes I come off a green and make a birdie, and I’m sort of—you know, you’re sort of laughing coming off a hole that you’ve just messed up, and you make a birdie and it’s sort of almost a more negative emotion in some ways,” explained McIlroy, the reigning FedEx Cup champion who enters this week’s penultimate playoff event in Chicago at 12th in the standings. “It’s weird. It’s very strange. I want to get an intensity and some sort of fire, but I just haven’t been able to. That’s partly to do with the atmosphere and partly to do with how I’m playing. I’m not inspiring myself, and I’m trying to get inspiration from outside sources to get something going.”

Indeed, all of that is difficult to achieve when almost no one is watching live. Like every golfer, Rory owns a certain kind of privacy no one else knows anything about. Because we only see the result of his shots. But he knows when the shot is better than the result. And knows when the result is better than the shot. It is one of the best aspects of the game, something the big players surely understand perfectly. If Tiger Woods was listening as Rory spoke, I bet he was nodding his head.

But that’s the thing about Rory. He isn’t currying anyone’s favour. He’s not trying to tell anyone something they want to hear. Instead, he thinks out loud. Understandably, he is dismayed by the weird world in which he is currently spending his professional life. He is dismayed by the lack of atmosphere and spectators. He was the one person in the field prepared to say that what they have all been doing for the last few weeks isn’t really professional golf. It’s just not. It’s the golf people play at their clubs. It’s the monthly medal. And he was brave enough to say so for all the world to hear.

In other words, Rory was behaving like the normal person he is, outside of his remarkable talent with a golf club in his hands. But, as it is with everyone else at the sharp end of the game, that normality is viewed as slacking. Or a sign of weakness. Lazy even. Society doesn’t want to hear the stars talk as if they are just like the rest of us. Nowadays, success is supposed to come to those who work the hardest. Which, in golf at least, misses the point.

For this, McIlroy can “blame” his friend Tiger Woods. As in so many areas of the game he has played better than anyone else ever has, the 15-time major champion elevated “standards.” In golf, no one has ever been like Tiger. He has a uniquely relentless desire. No one else has ever wanted “it” as much as he does. Or for as long. Even Jack Nicklaus wasn’t able to maintain Tiger’s level of intensity. Jack was basically a part-timer when he won his last two or three majors. 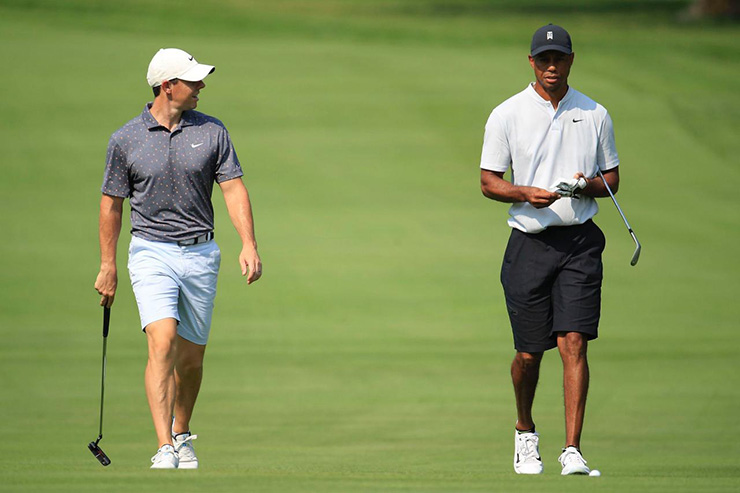 Rory McIlroy and Tiger Woods talk during a practice round on Wednesday for the BMW Championship at Olympia Fields. Photo by Andy Lyons

So we shouldn’t be surprised by what Rory had to say. He’s a normal human being. He’s not like Tiger. No one is or was. Former world No. 1 Greg Norman, for example. He was the same as Rory. Once Greg was done, he was done. But Tiger changed everything. He and Michael Jordan came along and said, at least by their actions, that you have to work harder than everyone else. Because that’s what they do/did.

Hang on though. That’s nonsense. You just have to do it more than everyone else. Which is not necessarily the same as working harder.

So what Rory had to say does nothing more than confirm his normality. He said only what we should expect him to say.