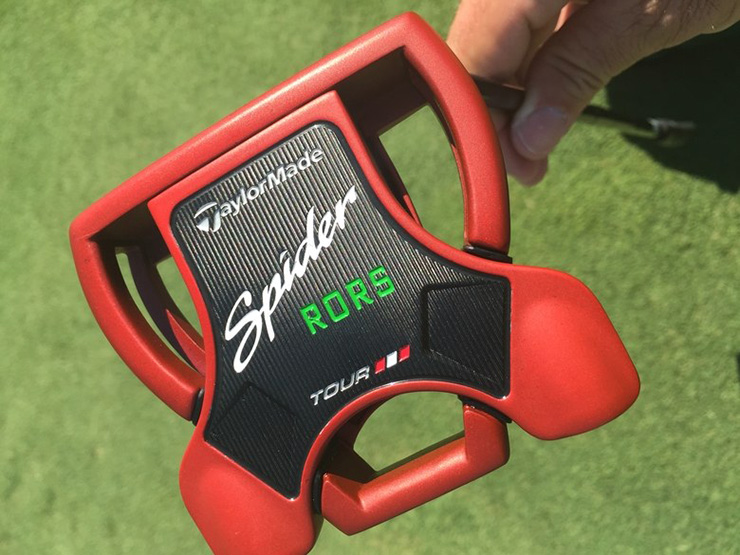 After signing with TaylorMade last month, Rory McIlroy put 13 of the company’s clubs (plus ball) in play at the Players Championship. Now the last club, the putter, has been added to the arsenal for this week’s U.S. Open.

McIlroy’s agent confirmed to Golf World that the four-time major champion will use the red-colored TaylorMade Spider Tour at Erin Hills G.C. The putter also is used by Jason Day, Masters champ Sergio Garcia and Jon Rahm. Defending U.S. Open champ Dustin Johnson uses a black-colored version of the club. McIlroy had been using an Odyssey ProType putter. Although not considered one of McIlroy’s strong suits, his putting has been serviceable this year with a .341 strokes gained/putting mark that would rank him 43rd on the PGA Tour if he had enough rounds to qualify.

Last month I spent a morning with McIlroy the day before he signed with TaylorMade and noticed he had the putter (with “RORS” stamped with green paintfill on the sole) with him. I asked whether or not he planned to put it in play anytime soon.

“I’ve hit a few putts with it,” he said. “They made one up for me, it’s the red one with a black line on top. DJ and Jason Day don’t have alignment aids on theirs, but the reason I went to a mallet at the end of last year was that having a line that I felt helped me aim better. When you put the Spider down it gives you a great visual of where you’re aiming. I do want to try a couple of different inserts and faces to get something that feels a little closer to what I’m used to [McIlroy prefers a firmer feel]. I like how it swings and even hitting one off center, it doesn’t seem to lose a lot of its energy, so I’m trying it out. It’s not in the bag yet. We’ll see where it goes from here.”