Rory knows he’s a broken record but ‘As I keep saying, it doesn’t feel that far away’ 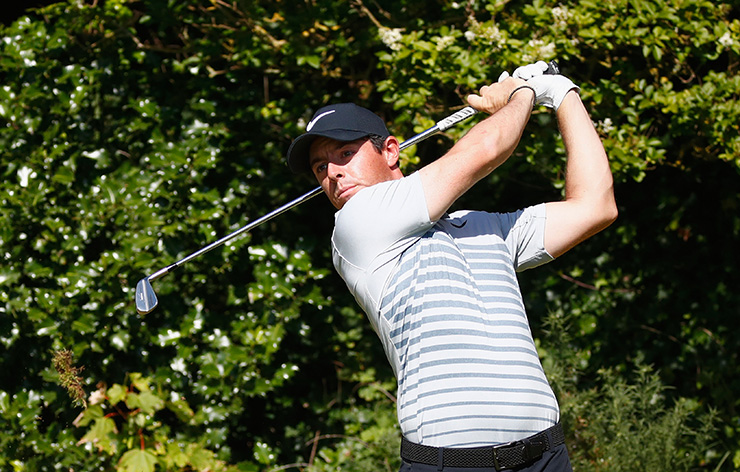 When Rory McIlroy backed up his Open Championship triumph at Royal Liverpool in 2014 with victory at the U.S. PGA Championship a month later, Tiger Wood’s heir apparent had seemingly been confirmed. Even the Northern Irishman figured he’d become the game’s dominant force.

“When I won those three tournaments in ’14 [including the WGC-Bridgestone Invitational] and I was where I was in the game, yeah, of course, I thought, okay, I really can keep this going,” McIlroy said.

“I was going into the Masters the next year thinking I can win the Grand Slam, I can do this, I can do that. I think when you ride on the crest of a wave, it’s easy to get caught up with those expectations and you start believing them.”

Golf, of course, isn’t that simple. Neither is life. Equipment and relationship changes and injuries have all got in the way of winning, at least the bigs for the best part of three years since his U.S. PGA victory at Valhalla. The newlywed McIlroy admitted as much on the eve of the 146th Open at Royal Birkdale, the first in recent memory where the four-time major champ isn’t among the automatic favourites.

“Golf is such a — it’s almost like life, there’s ups and downs, and it’s never sort of that linear sort of direction.”

In the euphoria of 2014, McIlroy wasn’t the only one blinded by the unbelievable talent on the rise. He’s also not alone now in thinking another Tiger-esque error is unlikely. Remember we’ve had seven first timers win the last seven majors.

“It’s so hard these days to separate yourself and I’ve said that a lot the last couple of years because of the technology in the golf clubs and golf equipment.

“But also the technology with coaching, with TrackMan, with the knowledge out there, the coaches, the stats guys, you know way more about your golf game than you did 20 or 30 years, and everyone has access to that now. And that’s why the margins are so fine, and that’s why you’re finding all these guys so closely grouped together because it’s so hard to find that little percent or two percent that separates you from the rest of the pack.”

More recently in media centres, McIlroy knows he’s become golf’s most high-profile broken record, insisting “he’s close” to regaining his game, a message muddled here by missed cuts at his own Dubai Duty Free Irish Open and at the Scottish in the past fortnight.

It was more of the same when the 28-year-old fronted the world’s media Wednesday before the rain lashed Southport and final practice was suspended for the day. The misser of three of his last four cuts reiterated it had been a “very stop/start year” but that he was working hard and “as I keep saying, it doesn’t feel that far away.”

“I’m in good spirits. I feel like it’s all coming together. I’m just waiting for that round or that moment or that week where it sort of clicks and I’ll be off and running. I’ve had little periods like this before in my career, and I’ve been able to bounce back from them. I’d say I was in worse positions than this. I feel like my game — the pieces are all there, it’s just about trying to fit them together.

The world No.4 was asked about the TaylorMade putter he’d settled on and answered by  paraphrasing one of golf’s greatest cliches, saying the mallet was only “two percent of what it is; 98 percent is the guy that’s holding it.”

“I feel like there’s a little more flow to my putting than there might have been a few weeks ago, just by trying to separate my technical thoughts on the golf course to doing my drills off it… really focusing in on the target and being a little bit more reactive. So I’ve worked a bit on that, which has been pretty good. I saw some good signs with how I putted last week in Scotland.”

McIlroy does have a new weapon in his bag this week and hinted we’ll see the one iron a bundle off the tees on a layout where precision, especially with the predicted crosswinds, is expected to trump power this week.

“It’s 16 degrees with a graphite shaft. With calm conditions, it probably runs out to 280, 290. It’s a great club to have this week,” McIlroy revealed.

“I feel like this is a golf course where you can’t really take it on too much. You can’t cut it across corners. You can’t take on some of the angles or bunkers that are here. This golf course dictates to you how play it. It’s so well bunkered, it’s so well designed.

“You’re going to see guys hitting it to the same spot and then hitting it from there to the green. It’s one of those courses that you know you go out here this week and shoot four 68’s or 69, you’re going to have a really good chance to win.”