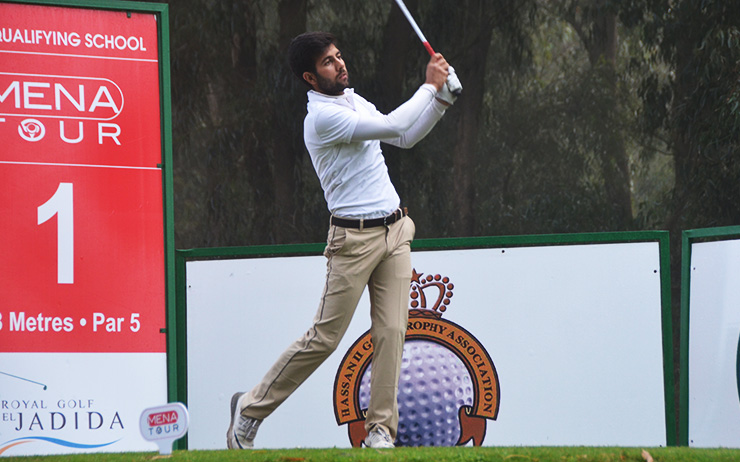 Indian teen Feroz Singh Garewal fired a tidy two-under 70 to earn a share of the lead heading into Thursday’s final round of the MENA Tour’s Qualifying School at Royal Golf El Jadida in Morocco.

The 19-year-old Chandigarh-based golfer, who turned professional in 2015, reeled off three birdies and a bogey to join Spain’s Leonardo Axel Lilja Moyano, who carded a level-par 72, atop the leaderboard on one over par 145.

Lilja Moyano produced one of the most eventful rounds of the day, playing his last 15 holes in four-under after a stumbling start that saw the Spaniard drop four shots in his first three holes.

Overnight joint leader Danny Poulter slipped into a tie for 11th on five over after signing for a 76 while former England cricketer Craig Kieswetter finished the day tied for 44th on 15 over after dropping eight shots, including a triple bogey on the par-4, 14th, in his last 11 holes en route to an indifferent 82.

Elsewhere, Ahmed Al Musharrekh also carded a mistake-laden 82 that left the UAE’s only professional sharing 53rd on 17 over on a day when only four players broke par.

The field was narrowed down to 72 players for the final 18-holes. The top 55 and ties will be eligible for Category-7 membership of the MENA Golf Tour for the 2017 season.

Multiple European Tour starts, including at the Omega Dubai Desert Classic, the Hassan II Trophy and the Maybank Championship Malaysia, in addition to full playing privileges on the Sunshine Tour and exemptions into the final stage of the Asian Tour Q-School for the leading three professionals, are among the incentives for the MENA Golf Tour members.