The ride of Xander Schauffele’s life 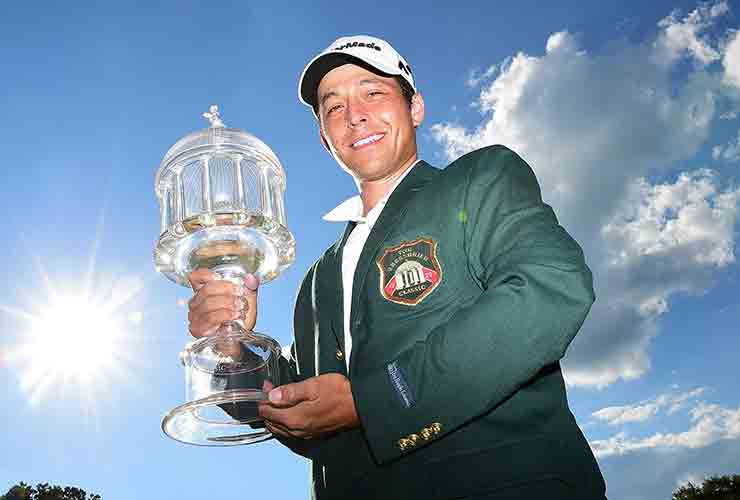 Inspired by his strong play in the U.S. Open, the PGA Tour rookie becomes a winner at The Greenbrier Classic.

Xander Schauffele honoured a U.S. Open tradition this year at Erin Hills, providing the championship with the obligatory first-round surprise with his six-under 66 in his debut in a major championship. But the former San Diego State All-American has gone off script since.

Most unknowns tend to fade back into obscurity, if not during the championship then quickly thereafter. Not Schauffele, who hung around all week at Erin Hills, shot a final-round 69 and finished T-5 for just his second top-10 of his rookie season on the PGA Tour.

Nice work, kid. Everyone has a hot week. What else have you got?

Plenty it turns out.

With a three-foot birdie putt on the 72nd hole on the Old White TPC at The Greenbrier Resort on Sunday, Schauffele broke a tie with Robert Streb and captured The Greenbrier Classic in White Sulphur Springs, W. Va. Schauffele closed with a three-under 67 for a 14-under 266 total to win in just his 24th PGA Tour start.

“I’m at a loss for words,” said Schauffele, 23, who is yet another young player from the high school graduating class of 2011 to break through, a group that includes Jordan Spieth, Justin Thomas and Daniel Berger. “Honestly, [it] just changed my life, really. I need a while to take it all in.”

This is what he took in: a berth in the Open Championship, PGA Championship and next year’s Masters as well as $1.278 million. He is the fourth rookie to win on tour this season, joining Wesley Bryan, Cody Gribble and Mackenzie Hughes, and he became the 13th player 25 or younger to triumph, the most on tour since 1970.

“I hate to say it … but, yeah, I mean, our class has always been really strong, and I always joke with my buddies saying it’s not cool to be 23 and on the PGA Tour anymore since everyone that’s been 22, 23, 24, they’re all winning,” Schauffele said, “so I guess kudos to them for kind of pushing me along.”

The last few weeks have been a whirlwind for the 23-year-old from San Diego, who survived a five-man playoff for two spots in the 36-hole U.S. Open sectional qualifier in Memphis to earn trip to Erin Hills. When he arrived, Schauffele was 135th in the tour’s FedEx Cup standings. He followed up his T-5 in Wisconsin with a T-14 at the Travelers, finished T-35 last week at the Quicken Loans National, and now has made the ultimate leap to move to 27th in the FedEx Cup race.

On Sunday, Schauffele overcame a three-stroke deficit to another rookie, Sebastian Munoz, and outdueled Streb, who finished runner-up at The Greenbrier for the second straight time. Streb, who lost to Danny Lee in a four-man playoff in 2015—last year’s event postponed due to deadly flooding in West Virginia—had a chance to tie, but failed to birdie the par-5 17th and then left a chip to force a playoff short after missing the green at 18 to close with a 69 and 267 total. 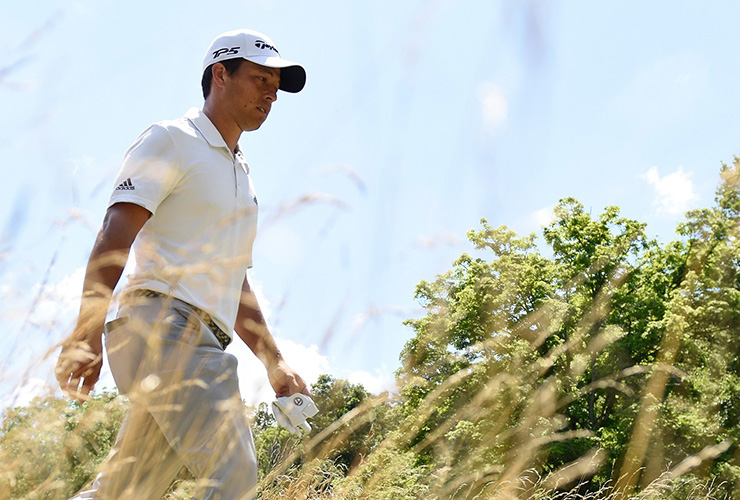 Did Schauffele’s U.S. Open performance really mean that much?

“The U.S. Open was a huge moment in my career,” said Schauffele, who is coached by his father, Stefan, a former world-class decathlete from Germany. “It was one of the biggest stages, and for me to kind of be calm and collected throughout the week and just kind of hang on and come in tied fifth was huge for me mentally. So it kind of gave me the confidence and allowed me to play and win this week.”

That he proved when he hit a hard wedge from 162 yards on the par-3 finishing hole to set up the winning putt.

“I just tried to go back to the basics, close my eyes and take some deep breaths,” Schauffele said. “It’s incredible. Just to know that my team and I are, we’re doing the right things and we can kind of push forward and hopefully just stay on the same track.”

As part of the Open Championship Qualifying Series, the top four players among the top 12 not otherwise exempt earned a berth in the Open at Royal Birkdale. In addition to Schauffele, the others were Streb, Munoz and Jamie Lovemark.

For the second straight week, a player who led each of the first three rounds failed to win. David Lingmerth did it at Quicken Loans National, and on Sunday it was Munoz, who closed with a 73 to finish T-3 with Lovemark. Munoz, who opened with a 61, had as many bogeys in the final round—five—as he tallied in the first three rounds combined. His last was the fatal one. Tied for the lead at 13 under with Streb and Schauffele, the rookie from Colombia missed the green from 105 yards at the par-4 16th and couldn’t get up and down.

Still, Munoz had his best finish of the season, and he will make his major championship debut at Royal Birkdale.

He can look to Schauffele to understand what that could mean.