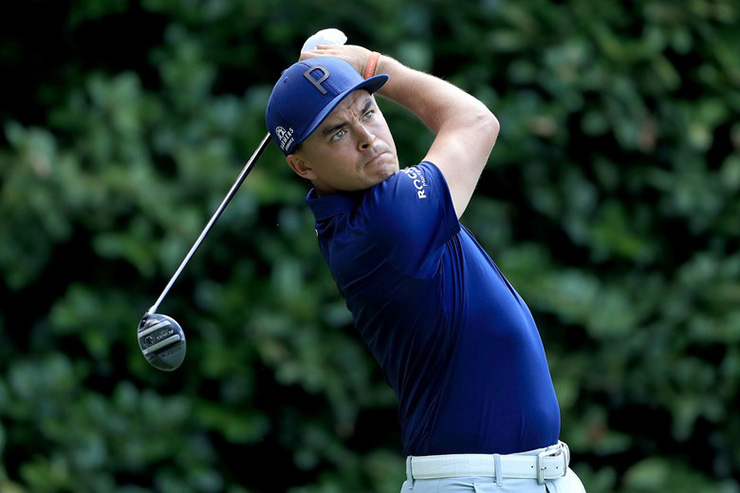 Rickie Fowler plays a shot during a practice round prior to the 2019 Tour Championship. (Sam Greenwood/Getty Images)

By Brian Wacker
Rickie Fowler will not be playing in next week’s Mayakoba Golf Classic after contacting an intestinal bacterial infection that he said he got while on his honeymoon last month.

“I am taking medicine prescribed by my physician,” Fowler said in a statement. “But am not at full strength yet. As a result, I am ill-prepared to compete next week.”

The five-time PGA Tour winner had announced in September his intention to play in Mayakoba for a third straight year but withdrew from the event on Friday. It was to be his first PGA Tour start of the 2019-’20 season after taking time off since last playing in the Tour Championship to get married to his girlfriend Allison Stokke.

Fowler, 30, told Golfweek that he came down with Campylobacter jejuni and suffered cramping, a fever and pain. He said the infection hit him toward the end of the vacation and that he began feeling better only a few days ago.

News that Fowler would be skipping Mayakoba came two days after his name was not called among Tiger Woods’ four captain’s picks for the U.S. Presidents Cup team.

Woods said that leaving Fowler off the team was his toughest decision when considering who to use his picks on to round out the U.S. roster for next month’s matches at Royal Melbourne. Fowler, who finished T-16 in Mexico a year ago and had six top-10 finishes including a win in Phoenix during the 2018-’19 season, is a veteran of four Ryder Cups and two Presidents Cups.

However, with Brooks Koepka still nursing a knee injury it’s possible that Fowler could still end up playing for the U.S. Should Koepka not be able to play, Woods would essentially be granted a fifth pick. Then it would be a matter of whether had enough time to prepare.

Fowler is next scheduled to play at Woods’ Hero World Challenge in the Bahamas the week prior to the Presidents Cup. He also told Golfweek there’s a slight chance that he would play in the RSM Classic, the final PGA Tour event of 2019, in two weeks.