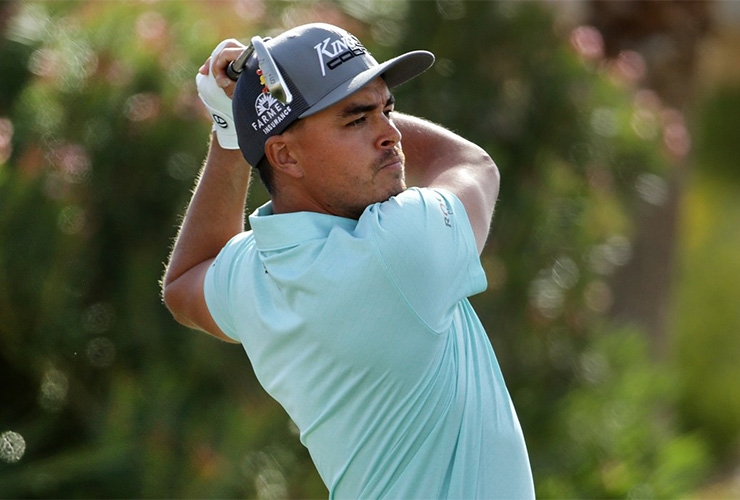 By Christopher Powers
Since switching to a traditional 72-hole format in 2012, all eight winners of the American Express have shot a four-round score of 20 under or better. In other words, in order to contend, you better go low every single day.

Rickie Fowler and Scottie Scheffler have done just that so far, each posting a 36-hole total of 15-under 128, and they’ve done so in identical fashion. Both Fowler and Scheffler shot 65 on Thursday at La Quinta, then backed it up with eight-under 64s on Friday at the Nicklaus Tournament Course. The only difference? Scheffler has reached 15 under with a double bogey.

Fowler, meanwhile, has kept the scorecard clean save for one bogey, which came on the par-4 14th hole of his opening round at La Quinta. Other than that, he’s been flawless.

“Well, as you guys have seen over the years, these courses are scoreable,” said Fowler, who is in the midst of a stretch in which he’ll play four events in five weeks. “But I feel like it’s a fine line between playing well out here and kind of scraping by. If you drive it well and hit good approach shots, you can make a lot of birdies, but if you’re a little off, you’re kind of scrambling for par. So I feel like I’ve done a good job of just kind of picking my way around the two golf courses so far.”

Tomorrow and Sunday the two leaders we’ll face the Stadium Course at PGA West, which has historically been the hardest of the three the players face this week.

Andrew Landry, who lost to Jon Rahm in a playoff in this event in 2018, is in solo third at 14 under following a Friday 64 at La Quinta. Tony Finau checks in at 13 under, and Bud Cauley at 12 under. Six players are tied at 11 under, including Sungjae Im, who is on pace to finish T-21 or better for a fourth straight week.

Grayson Murray, who has struggled of late, shoots 64 in opening round of the American Express