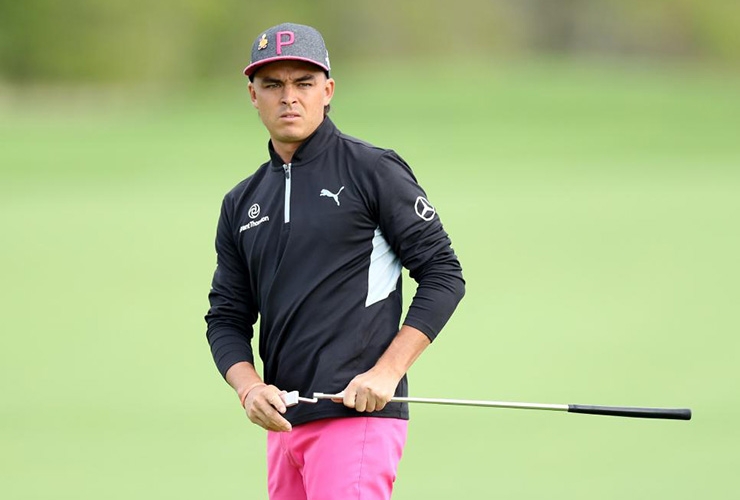 By Tod Leonard
It was a player-coach pairing that some people never loved, and now Rickie Fowler apparently is parting ways with his instructor of the last three years, John Tillery.

Tillery told ESPN on Tuesday that he’s no longer working with Fowler, who hired him in September 2019 after Butch Harmon cut out travel from his teaching schedule. Some in the industry questioned the move at the time, and the results of all the work with Tillery have not been fruitful.

Fowler, 33, hasn’t won on the PGA Tour since the WM Phoenix Open in early 2019 when he was still working with Harmon, and this past season he notched just one top-10—a tie for third at the CJ Cup in October 2021. Hovering around the top 125 bubbles in FedEx Cup points, he was the last player to make it into the playoffs and was ousted after the first event when he tied for 64th in the FedEx St. Jude after he opened with a promising 65. He played in only one major, tying for 23rd in the PGA Championship.

“He’s got a good coach [John Tillery] but I disagree with the philosophy that he’s coaching, which is more flex in his right knee. … I cannot believe Rickie left Butch. Get on a plane and go to Vegas. He had a wonderful relationship with Butch. It’s a risk working with anybody. It could work out or it might not.”

For 2021-22, Fowler ranked outside the top 100 in most of the tour’s major statistical categories, with only driving distance (27th with a 309.4 average) and strokes gained/around the green (31st at .274) as pluses. Particularly troubling was Fowler’s putting, for which he was 161st, losing .253 to the field.

“Man, I love the guy,” Tillery told ESPN. “This job will punch you in the gut sometimes. As a coach, there’s nothing better than watching your guys succeed, and nothing worse than watching them struggle. The Xs and Os of what they need to do is the easy part, but getting it done can be a challenge sometimes, and we didn’t get it done. I’m pulling for him and wish him nothing but the best.”

Fowler has fallen to No. 178 in the Official World Golf Ranking after climbing to as high as fourth in 2016, and just before the FedEx St. Jude he parted with caddie Joe Skovron, who’d been on his bag since Fowler turned pro.

You may also like:
Matt Fitzpatrick wants more respect for DP World Tour in new world order
Just how much did each player earn in Boston?
Dustin delivers drama and delight for LIV Golf
Watch highlights from the LIV Golf finale
How could LIV Golf leave shorts until now?
Watch highlights from Day 2 at LIV Golf
Gooch has 4 Aces flying high in Boston
Too bad: Garcia expects tensions at BMW PGA
Get your FREE September edition of Golf Digest Middle East here