Rickie Fowler loses ground, but far from out at Erin Hills 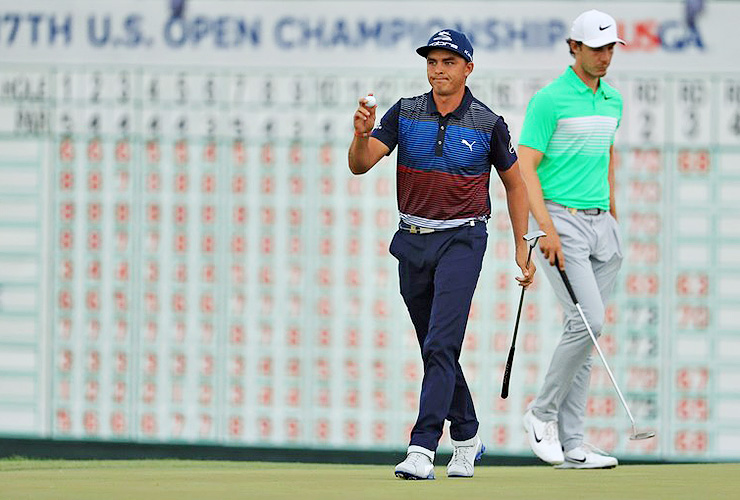 HARTFORD, WI – JUNE 17: Rickie Fowler of the United States reacts after finishing on the 18th green during the third round of the 2017 U.S. Open at Erin Hills on June 17, 2017 in Hartford, Wisconsin. (Photo by Richard Heathcote/Getty Images)

Rickie Fowler started the day one back, but many — including Vegas — pegged him as the man to beat. With reason: Fowler’s mix of fame and formidability stood out on a board lacking star power and major experience. The 28-year-old did what he was supposed to do, turning in a four-under 68. At most U.S. Opens, that’s more than enough to get the job done.

Unfortunately for Fowler, this is not your normal U.S. Open.

Allowing plenty of red through the first two rounds, an overnight rain wiped out Erin Hills’ defenses on Day 3. Justin Thomas broke Johnny Miller’s scoring record in relation to par despite two bogeys on the card. Patrick Reed, ranked 139th in scoring average, turned in a 65. There were a handful of 67s, one of which belonged to second-round co-leader Brian Harman.

But rather than curse his fortune, Fowler was rightfully pleased with his performance.

“It was a great day,” Fowler said afterwards. “Really got out of position on a couple holes, eight and 13. Other than that, I felt like we managed our way around well.”

Although two back, Fowler is in an enviable position. Vegas thinks so, too, as he remains the co-favorite with Thomas.

Fowler has ammo in his corner. His short game has been especially hot (third in the field in putting), boding well for the grind of a Sunday afternoon. And unlike Harman or Thomas, Fowler’s been in the major mix before.

“I’ve been there a handful of times and had some good finishes,” Fowler said. 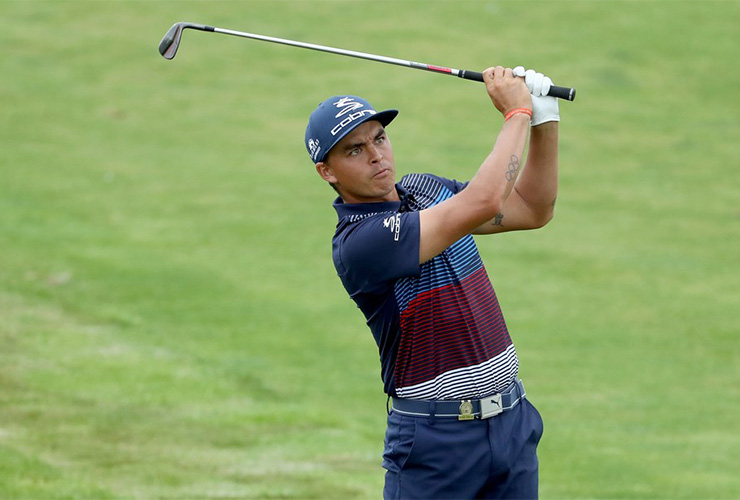 Obstacles exist too, both external (four players to pass) and internal (a suddenly wayward driver). More importantly, the window for error is almost nonexistent.

“If you’re playing from behind, two, three back, or even more, you feel like you can’t make a mistake, just because you don’t want to lose ground,” Fowler said. “You don’t want to give up anymore shots.”

Yet, someone has to break through tomorrow: no one in the top 16 has captured a major title. For a player that just inherited the “Best Player to Never…” label from Sergio Garcia, it’s as attractive an opportunity as Fowler could hope.

We wouldn’t bet against it.