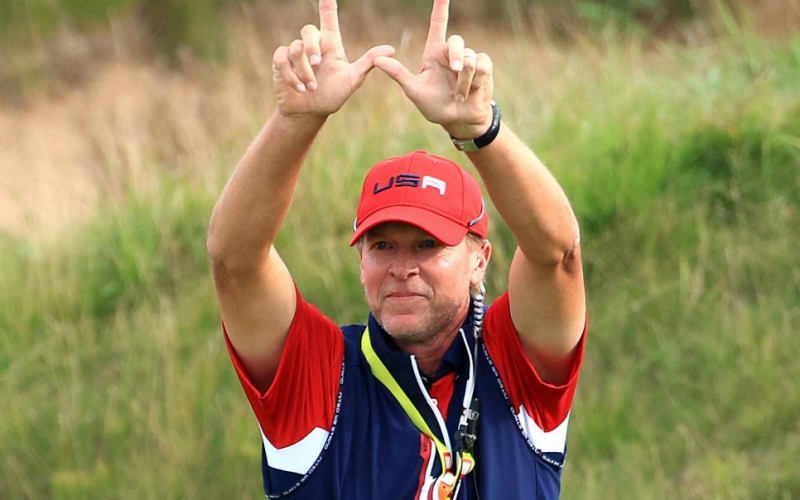 By Joel Beall
Steve Stricker spent weeks in the hospital battling a mysterious non-COVID illness following the Ryder Cup, according to a report by Gary D’Amato of Wisconsin Golf.

Stricker, who captained the Americans to victory at Whistling Straits in September at the Ryder Cup, told D’Amato that what began as a bad cough and sore throat in mid-October changed into something “far worse.” After a COVID-19 test came back negative on Oct. 23, Stricker was prescribed an antibiotic by his doctor and began to feel better a couple weeks later. However, Stricker began to feel ill again after a hunting trip and was admitted into the UW Health University Hospital.

“I came home from hunting one night and I was like, ‘I don’t feel good. My side hurts. I just don’t feel right,’” Stricker told Wisconsin Golf. “That night I had the sweats and all of a sudden, my temperature was 103. I went back to my primary and got amoxicillin, a heavier antibiotic. And I think I had a reaction to that. My throat started to close up, my lips got puffy, my glands got puffy, my tongue got puffy. It was like an allergic reaction. I was still having these 103-degree temps.

“So, I went into the hospital about two weeks before Thanksgiving and they kept me in there. That’s when the s— hit the fan. My liver numbers started getting worse. My white blood cell count was jacked up really high. I was fighting something, but they couldn’t find out what it was. My liver was going downhill. I got jaundice. I was yellow and peeing out Pepsi-coloured pee.”

During his stay Stricker said his heart jumped out of rhythm; at one juncture his heart rate soared to 160 beats per minute and stayed there for two hours. Although he was released the day before Thanksgiving he went back into the hospital just three days later.

“A couple of times I was like, ‘What is going on?’” Stricker said. “Everything is going the wrong way. It wasn’t fun. You don’t know what’s happening. You don’t know where this road is leading to. I never thought that I’m not getting out of there kind of thing. But I didn’t eat for two weeks. I didn’t have any energy or appetite to eat. I had a hard time just getting up and walking because of the heart. I took a few steps to the bathroom in my room and I’d be out of breath.

“I was pretty sick, from what they tell me.”

Stricker was eventually released again and cleared to travel on Jan. 1. He and his family are renting a house in Bradenton, Fla., as his daughter is attending IMG Academy.

Stricker does not know what caused his illness although said that the Ryder Cup could be part of the problem. “It’s a letdown, right, after that happens? And then your immune system is probably down,” Stricker says. “It probably played a role in it somehow.”

Stricker says he’s still on no-activity orders and is only able to walk short distances. He has lost more than 25 pounds throughout the ordeal. Stricker also said his cardiologist told him it would be six months before he could return to competition. However, Stricker, who turns 55 in February, said his goal is to play in March’s Players Championship, which he earned an exemption into thanks to winning the Senior Players last year.